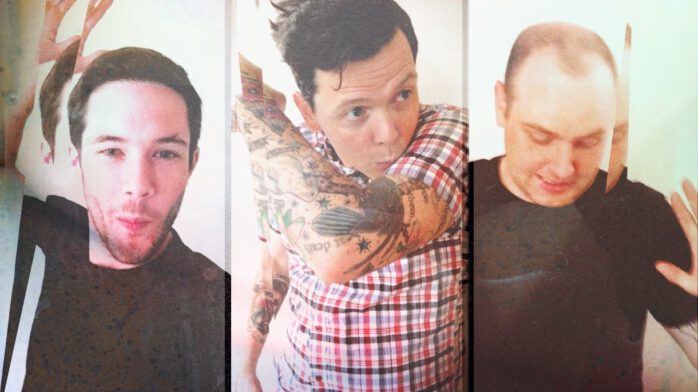 In honor of the last weekend leading up to Chicago’s Riot Fest, we have created a Riot Fest’s 10 Artists To Watch Playlist. Much like current household names like The Wonder Years, Fun, and The Story So Far, most of these bands are making their Riot Fest debut on one of our smaller stages.

Throughout Labor Day weekend, we will release recommended tracks off our playlist. Come Labor Day, you can be rocking out to all 10 of Riot Fest’s Artists to Watch, while eating burgers and drinking in the afternoon with your best friends!

Beach Slang is the kind of punk band that you would expect to hear at a basement show in college, while raising your fists to the low lit Christmas lights on the ceiling. The three piece super-group combines members of Weston, Cry Baby, and Ex Friends, to form grungy, hopeful, and inspiring anthems. In “Filthy Luck”, fast drums and distorted guitars compliment vocalist James Snyder’s raspy lyrics: ”Kids like us are weird/And more, we’re brave/ We tie our tongues and turn them into rage.” Beach Slang’s debut LP The Things We Do To Find People Who Feel Like Us is set for release on October 30th, 2015.

For Fans of: The Descendants, The Replacements, The Psychedelic Furs, DIY culture, vegan barbecues.

“Have Mercy!” This pop punk four-piece named for Uncle Jesse’s catchphrase, will pull at your heartstrings through melodic verses, catchy buildups, and transparent lyrics. The music video for “Howl”, off the band’s sophomore album, A Place of Our Own, is the rock and roll equivalent of watching Boyhood. The video flashes through the first romances, breakups, and major losses, as well as the rock shows, pillow fights, and first apartments that defined the early decades of vocalist,  Bryan Swindle’s life.

Have Mercy is the perfect band to watch while holding hands with your Riot Fest Date and clutching onto a Bayside record.

Have Mercy plays the Revolt Stage at Sunday, September 13th at 7:00pm.

If you’re a science nerd who enjoys listening to experimental math rock, then CHON is definitely for you.

This small group of California natives plays primarily instrumental songs with unyielding musical ability. Creative guitar riffs reminiscent of 80s prog-rock are supported by unpredictable drum beats, and scarce vocals that are secondary to CHON’s vibrant sound. Their first studio release, Grow, debuted in March of 2015.  The music video for CHON’s single, “Splash” is so beautifully created that it needs to be watched to get the full sensory effect of the song.

For fans of: Ratatat, Polyphia, Circa Survive, painting in the grass, watching Planet Earth in your pajamas.

CHON plays the Riot Stage on Saturday, September 12th at 11:50am. Those of you who were lucky enough to catch the Faulkner set at Riot Fest Denver already know that this is a band on the rise. Their first single, “NY Anthem”, which features artist/producer, RZA of Wu Tang Clan combines alt-rock with hip hop to create an empowering anthem about the empire state. The chorus to this song is catchy yet simple: “Go to New York, New York/ Where The Lights Light Up the Show/ Go to New York, New York/ And Take Over The World”.

To hear stories about growing up in Brooklyn and yet to be released tracks off Faulkner’s forthcoming album, make sure to see this band perform at Chicago’s Riot Fest.

For Fans of: The Killers, The Strokes, Jay Z’s “Empire State of Mind”, walking on the Brooklyn Bridge, feeling like you’re on top of the world.

If you want to see a band that’s on the brink of exploding in the pop punk scene then you don’t want to miss Knuckle Puck. With songs that are as hopeful about the future as they are nostalgic about the past, there is something fresh and lovable about this Chicago-based rock outfit, which is somewhere at the intersection of The Movielife and The Story So Far.

Knuckle Puck formed in 2010 and put out a handful of EPs, before releasing their first full length, Copasetic, in July of 2015. “Evergreen”, the fourth track on the album lays out Knuckle Puck’s best intentions through lyrics like, “I’ll lead a life of firsts on foreign soils /Somewhere that I can find the bones of a better man inside/ Somewhere that I can find holding in tightly to the misery will never get me far/It will never get you far”.

Following their Riot Fest performance, Knuckle Puck will embark on their first ever headlining tour.

For Fans of: The Story So Far, Four Year Strong, The Ataris, Stick to Your Guns, The Movielife, and keeping it copacetic.

See you in the pit!