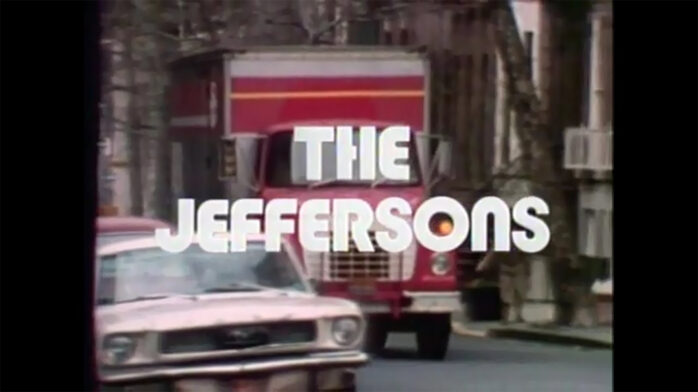 We ranked the 10 best TV show theme songs of all time. The ranking are final and 100% correct.

Written by Ja’net Dubois and Jeff Barry and sung by Dubois and a gospel choir, ‘Movin’ On Up’ is the greatest TV show theme song ever written.

“Thank You for Being a Friend” was written by Andrew Gold for his third album, All This and Heaven Too. The song reached number 25 on the Billboard Hot 100 chart in 1978. It was re-recorded by Cynthia Fee to use as the theme song for Golden Girls.

‘Nothing’s Gonna Stop Me Now’ was written by Jesse Frederick and Bennett Salvay, who also wrote the theme songs for Full House, Step by Step, and Family Matters. The theme was performed by David Pomeranz.

‘Believe It or Not’ was composed by Mike Post and Stephen Geyer and sung Joey Scarbury. The song debuted in the Top 40 of the Billboard Hot 100 on June 13, 1981, eventually peaking at number 2. ‘Endless Love’ by Diana Ross and Lionel Richie was number 1.

‘As Days Go By’ was written by Jesse Frederick, Bennett Salvay and Scott Roeme and performed by Jesse Frederick. FUN FACT: The house shown at the beginning and the end of the opening credits (as well as in establishing shots for scenes set at the Winslow house) is located at 1516 West Wrightwood Avenue in Chicago.

Sanford and Son Theme (The Streetbeater) was composed by Quincy Jones. Jones explains how he came to write the theme song, ‘I’d like you to write the theme for it.’ I said, ‘who’s in it?’ And he said Redd Foxx. I said, ‘man, you can’t put Redd Foxx on national TV [laughs]. I had worked with Redd Foxx 30 years before that at the Apollo. We used to do the Chitlin Circuit. I used to write this music for him to come out with. Yorkin said, ‘No, it’s gonna be a great great show. And it was. Foxx took his sense of humor and took it all the way to the top. I wrote that song in about 20 minutes too. We had four musicians, Recorded it in about 20 minutes. It’s amazing. Looking back, it’s a trip.”

The “WKRP In Cincinnati Main Theme,” was composed by Tom Wells, with lyrics by Hugh Wilson, and performed by Steve Carlisle. A full-length version of the original theme song was released in 1979 on a 45 rpm vinyl single on the MCA Records label. It peaked at 65 on the Billboard Hot 100 chart in 1981 and at 29 on the Adult Contemporary chart in 1982.

Written and recorded by Waylon Jennings, ‘Theme from The Dukes of Hazzard (Good Ol’ Boys)’ was released in August 1980 as the second single from the album Music Man and became a #1 hit on the Billboard magazine Hot Country Singles chart in 1980.