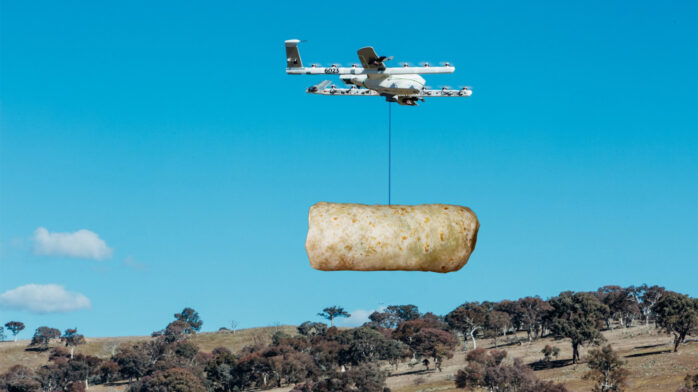 Alphabet, the parent company of Google, has been developing its Project Wing drone delivery service for the past few years, and this week they announced they’ve been testing it out in the real world, literally making burrito and medicine deliveries directly to people’s yards. The future is here!

The Australians who are lucky enough to test this new delivery system, order burritos and medicine on their smartphone, a drone is dispatched to pick up orders from Guzman y Gomez, a Mexican food chain, and Chemist Warehouse, a chain of pharmacies, and then the drone transports and delivers the burritos and medicine to their homes.

James Ryan Burgess, co-lead of Project Wing, said his team is working to “transform transportation [and] make it easy, cheaper, [and] more environmentally friendly to receive packages and items, whatever you may need.”

“The more test deliveries we do, exposing the sensors on our aircraft to new delivery locations, the smarter our aircraft’s algorithms will one day become at picking a safe spot for deliveries,” Burgess explained.

There is no timeline for when this technology will be coming to the United States, but I for one, can’t wait to have my burritos and drugs delivered to my front porch by a flying robot.