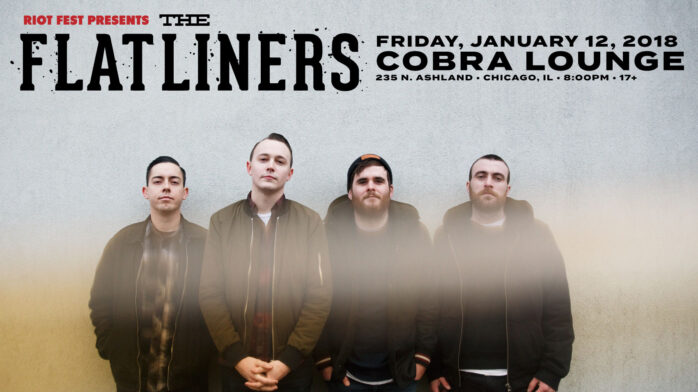 The Flatliners announced tour dates, including Chicago on January 12th, to celebrate the 10th anniversary of their LP The Great Awake.

“We can’t believe it, but it’s been 10 years since we released our album The Great Awake…All the way back then, we fired off a message to one of our favourite bands–A Wilhelm Scream–on MySpace (yes… MySpace…) asking them to join us for our record release shows. They obliged, and subsequently embarrassed us on stage every night with their incredible level of musicianship and overall presence. An inimitable friendship was born, and one that’s seen us play in over 10 countries together over the last 10 years, making a hell of a lot of memories along the way.”