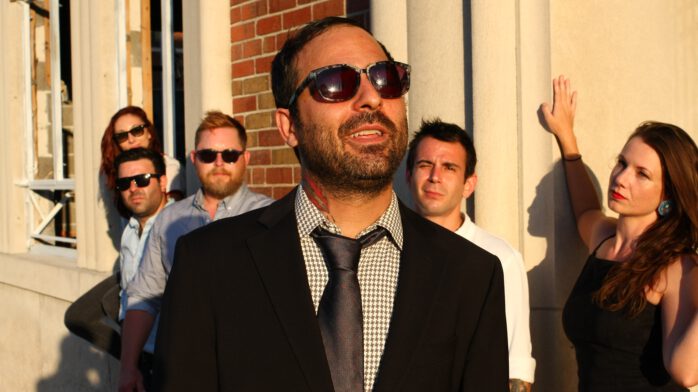 The Architects of Leawood Rock are back: Introducing Brandon Phillips and the Condition

Since conjoined triplets aren’t a thing, Brandon, Zach and Adam Phillips are as attached to each other’s hips as three people can be. Sure, they’re brothers, but just because someone’s family doesn’t mean you want to spend every waking hour with them — from the practice space in Leawood, KS to the tour van to stage after stage, all over the world — for over twenty-five years.

Yet that’s what vocalist Brandon, bassist Zach and drummer Adam have done since 1991, when they started playing together in the ska/mod/soul/rock melding that was the Gadjits. Then came the full-blown rock ’n’ roll revue that is the Architects.

Now, the brothers Phillips have started yet another project together: Please welcome Brandon Phillips & The Condition to the non-dark web. We met a hacker on 4chan over the weekend, and they linked us to the new six-piece band’s very first release. The one-two punch of the new Heartsick/Clean and Sober single should feel familiar to fans of the Phillips brothers’ catalog of vintage-sounding melodies, served with a heavy dose of of piano, organ, and sticky-sweet female harmony vocals. Breaking free from the Architects’ concept album habit, the new band finds a freshly-clean and sober Brandon leading his brethren and band mates in channeling the fantastical meeting of Bruce Springsteen and Elvis Costello at Motown’s Studio A, with catchy-as-hell results.

You can drop in to see what condition Brandon Phillips and the Condition is in on Spotify, Facebook, Twitter, Instagram, and of course, the dark web.

Once you spin these songs a few dozen times, tell Adam how much you like ’em in person while he’s the road with his other-other band, Radar State, as they support Say Anything this December:

Da Gravy on Yo Grits Radar State The Architects The Gadjits