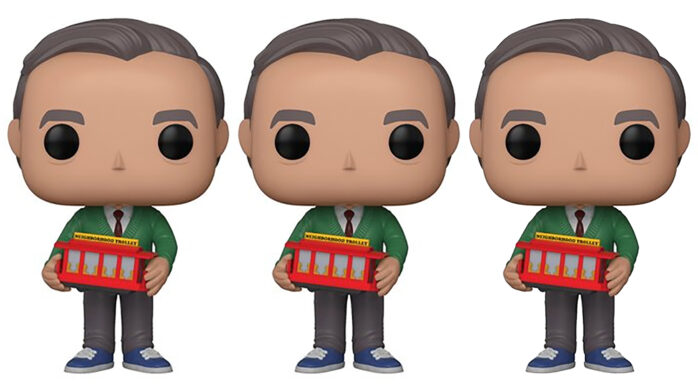 Mister Rogers’ Neighborhood debuted on Feb. 19, 1968, and to honor of the 50th anniversary of the TV show that so many generations of Americans grew up on, Funko is adding the beloved Fred Rogers to it’s Pop! collection.

“Fifty years ago, Fred Rogers began leaving his indelible mark on young audiences through his pioneering show, and today, we’re honored to celebrate his legacy with a year full of special activities for fans of all ages,” Paul Siefken, president and CEO of the Fred Rogers Company, said in a statement. “The enduring affection that so many of us have for Mister Rogers’ Neighborhood underscores Fred’s truly timeless wisdom, which is just as important and relevant today as it was half a century ago.”

The Funko Pop! toy isn’t the only item commemorating the 50th anniversary of the the greatest neighborhood ever. PBS will be airing an hour-long primetime special, Mister Rogers: It’s You I Like on March 6, and the U.S. Postal Service will be unveiling a commemorative stamp on March 23. Also, coming to a theater near you on June 8 is a new documentary film, Won’t You Be My Neighbor; and we mustn’t leave out the upcoming biopic, You Are My Friend — starring America’s neighbor, Tom Hanks — currently in production.

These are truly beautiful days in the neighborhood, friends.