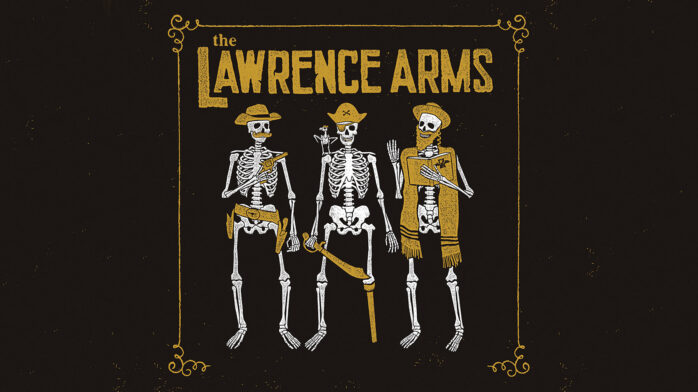 Listen To This Unreleased Song From The Lawrence Arms ‘Oh! Calcutta!’ Sessions

To celebrate nearly twenty years of tomfoolery, the Lawrence Arms is releasing a hulking 29-song best-of compilation album on Fat Wreck Chords on March 30. For We Are the Champions of the World, Neil, Brendan, and Chris reached into the TLA catalog to pick their favorite tunes, and threw in five previously unreleased tracks for great measure.

Like the song “Black Snow”, an unreleased song from the Oh! Calcutta! studio sessions.

Brendan Kelly eloquently describes what is was like to find this song after so many years:

It’s like when you find an old Polaroid of how beautiful your dick used to be before you got old and gave up, and let flies lay eggs on it and stuff. I’m sure you relate.

Also, weird to put out this release where songs that didn’t even make it onto the old records are now the singles. It’s like your grandma said: you’re ugly now, but everyone gets ugly as they get old but at least you’re clever. You’ll be the most desirable boy at the nursing home.

We Are The Champions of the World Track List: Don’t forget to see the Lawrence Arms at Metro on April 12, with Banner Pilot, and Sincere Engineer!