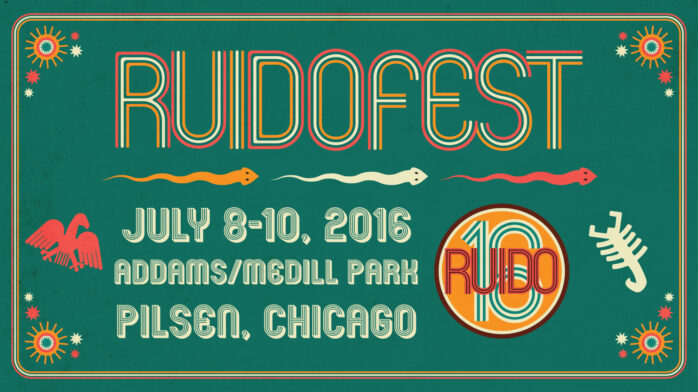 You Should See These Bands at Ruido Fest This Weekend

The 2nd Annual Ruido Fest is this weekend. In preparation, we made a list of 5 of our favorite artists performing. Check out the full Ruido Fest lineup and get your tickets now.

Mexrrissey: Mexico goes Morrissey. What more do we have to say? No Manchester, the first album from Camilo Lara’s Spanish-language, rock-souled and Mariachi-accented Morrissey cover project Mexrrissey, delivers new spins on classics such as “Everyday Is like Sunday,” “Suedehead” and, of course, “Mexico.” Aside from being a must-hear for Moz fans, it could be the best Latin alternative album of 2016.

Los Fabulosos Cadillacs: An Argentine ska band from Buenos Aires. Formed in 1985, they are one of the most influential and referenced rock bands of the Latin rock world. Ruido Fest will be their only performance in the US this year.

Carla Morrison: If you’re not a Spanish speaker, you won’t know precisely what Carla Morrison is saying when she sings —but you can feel it. The Mexican alt-pop singer and songwriter has built a reputation over the past half-decade as a master of songs about love and longing. With two Latin Grammys and a gold-certified album, “Déjenme Llorar” (“Let Me Cry”). She fills festival tents with her lilting, acoustic songs about love gone wrong.

Hong Kong Blood Opera: Their name is enough proof to understand that this young band is a fan of blood, gore, and, most importantly, all things raw and visceral in nature, which they convey effectively through their music. Influenced by bands such as Motorhead, The Hives, and Pantera, HKBO has already made a name for themselves touring all throughout Mexico and the United States, capturing audiences with their combination of synthesizers and industrial rock.

Le Butcherettes: When Teri Suarez of Mex-American punk band Le Butcherettes dumps blood on herself, it’s not all for “meat dress” shock and awe. Instead, her garage rock theatrics are rooted in the obscene violence of her native Guadalajara and the morbid history of Mexico’s fascination with death and sacrifice. In Spanish, the word for Teri’s dark sensationalism is amarillismo. In English, it’s punk as fuck. The 22 year-old rocker’s relationship to American punk music is direct in a way that mall-goths in Danzig tees will ever be.