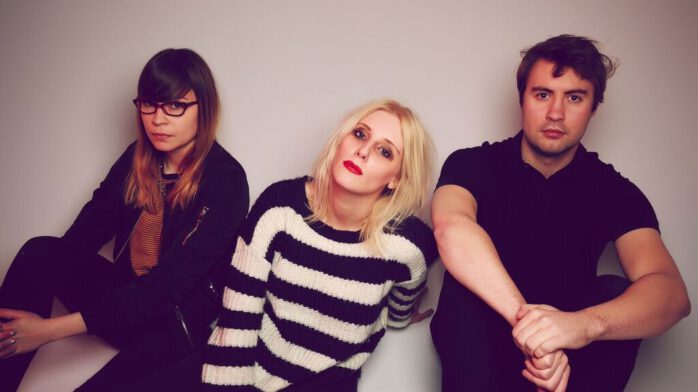 Over the last decade, Canadian punk trio White Lung has become one of the most compelling bands in the punk underground, attracting a devout (and growing) following for their urgent, rhythmic songs topped with frontwoman Mish Barber-Way’s smart, confrontational lyrics, their propulsive live shows, and their DIY, nose-to-the-grindstone work ethos.

White Lung’s fourth LP, Paradise, was released via Domino Records in May, 2016. The record showcases a smoother, more melodic side of the band than they’d revealed before, with narrative-style lyrics inspired by true crime stories and love, among other subjects. It’s been the subject of rave reviews ever since and landed on the Rolling Stone’s list of “45 Best Albums of 2016 So Far.”

Read Barber-Way’s answers to our “10 Questions” and check out White Lung live at Riot Fest & Rodeo in Denver or Riot Fest & Carnival Chicago.

Madonna, Bedtime Stories. I probably bought it with saved up birthday cash. I did a bunch of dance routines to that album.

2. Name one band that changed your life.

A Charlotte Diamond concert when I was three. I got on stage and played tambourine. I guess I craved the stage since day one.

Black Mountain and Marissa Nadler at The Hollywood Bowl. Both so excellent.

Stay in the artist area. Do not go onto the patron grounds. The toilets are vile out there.

I would never run for president. I’m not a megalomaniac.

Get for a motorcycle ride with my husband into the mountains, get a motel room and do whatever we please.

“Baby, it’s You” by A Group Called Smith