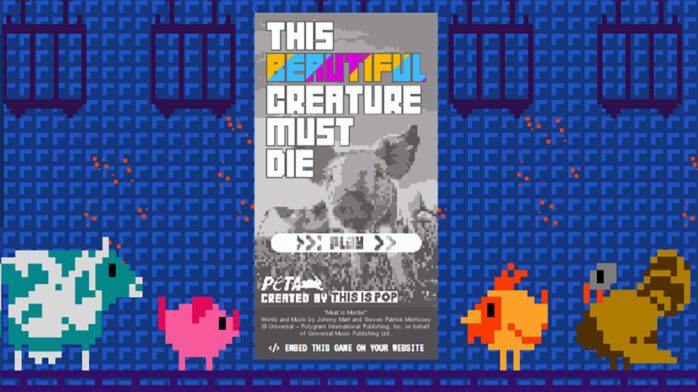 Meat is Murder The Video Game 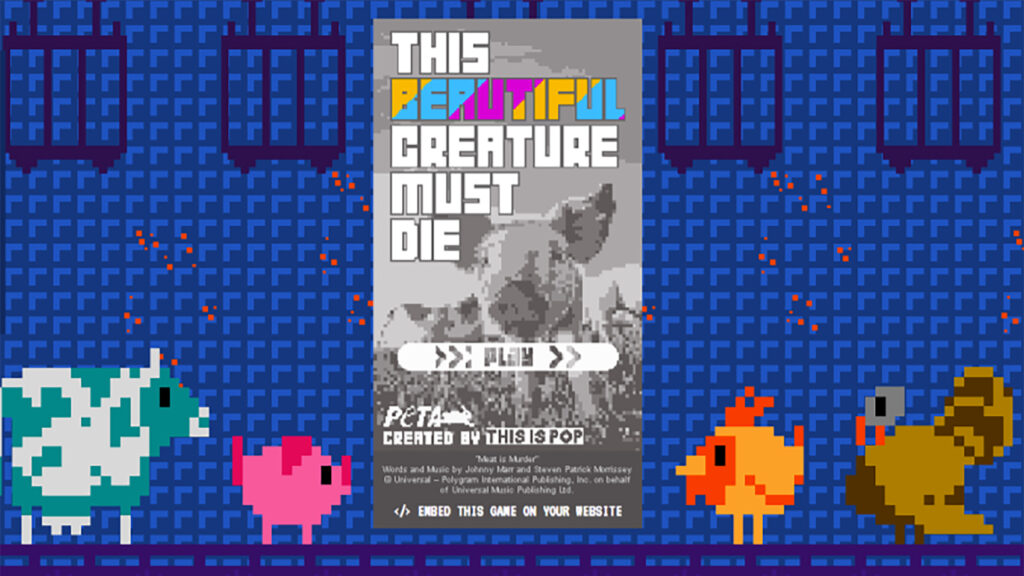 Morrissey and PETA have teamed up to bring us a video game version of “Meat Is Murder”.

From the press release: The Smiths’ 1985 classic “Meat Is Murder” is back in 8-bit form for This Beautiful Creature Must Die, PETA’s new online game that features an instrumental arcade-style version of the song on loop. Players must act quickly to save chickens, cows, pigs, and turkeys from being slaughtered by tapping the animals before they fall to the bottom of the screen — while avoiding game-ending bombs. In addition to its vintage style, what sets This Beautiful Creature Must Die apart from other online games is the urgent message underlying its quest, as noted by the Smiths’ lead singer and longtime vegan Morrissey: “This game is the biggest social crusade of all, as we safeguard the weak and helpless from violent human aggression. You don’t get that from Pokémon Go.

Play This Beautiful Creature Must Die and come see Morrissey at Riot Fest & Carnival in Chicago on Saturday, September 17, 2016.