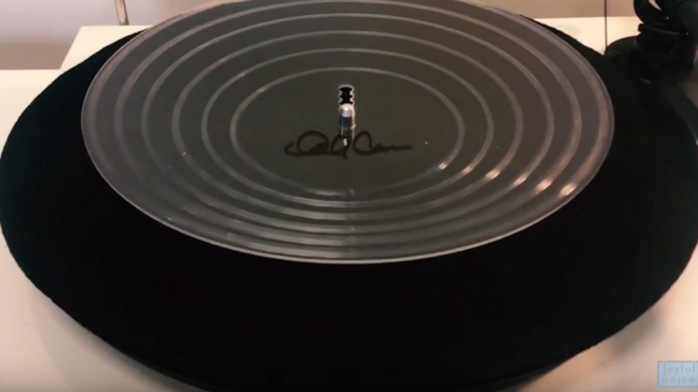 Crover wrote the songs specifically for the innovative format, which each one lasting less than 30 seconds. The tracks became inspiration for a new solo album that he will release in 2017. No word yet on how many sides that record will have, but we’ll bet it’ll be less than a dozen.

Each copy of Skins was made by hand by vinyl expert Mike Dixon using a 1942 Presto 6N record lathe. With each one taking over an hour to construct, there are only 127 copies (signed by Crover) available for purchase. At $100 a pop, they are slightly more expensive than your average album, but for Crover and / or vinyl fanatics, it will be an investment in record history.

Act quickly if you want to a copy of Skins and for now, check out this instructional video from Joyful Noise to find out how one would actually play a 12-sided record.