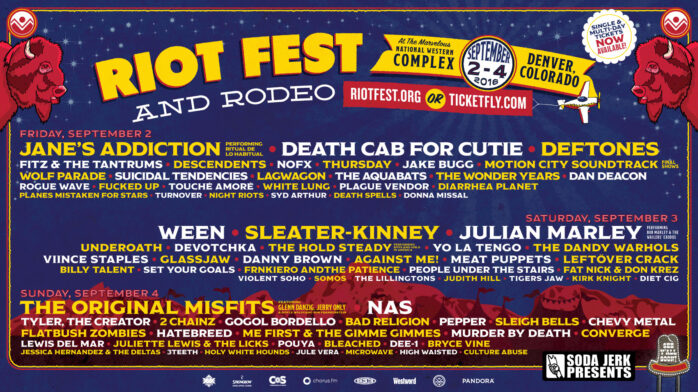 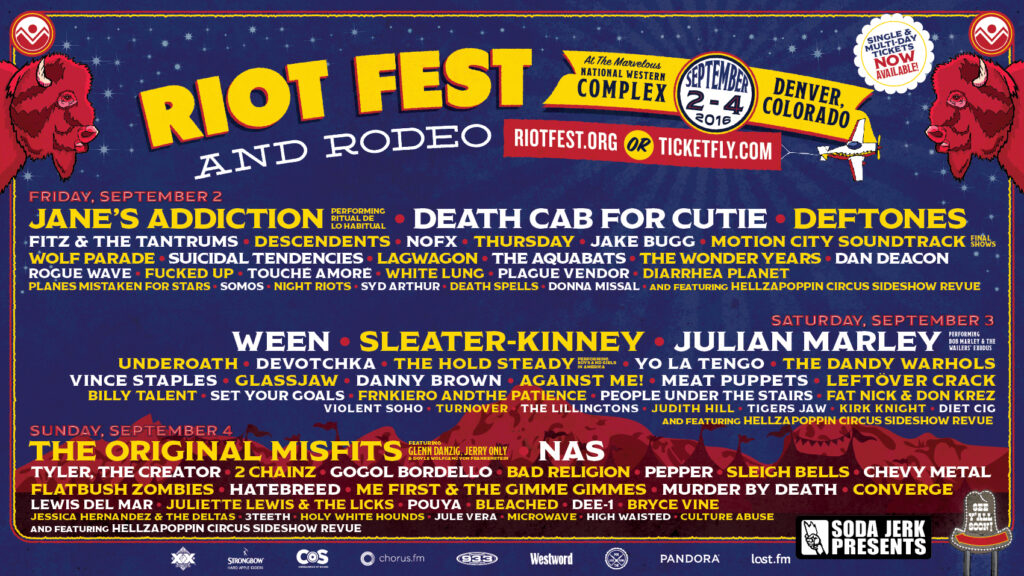 Riot Fest & Rodeo is approaching quickly and the closer it gets to the kick off on September 2, the faster tickets are selling. Single-day tickets for Sunday are now sold out, and Friday and Saturday are not far behind. However, you can still get two and three-day passes while they last, and you can bet they won’t last long!

In case you are still on the fence about attending what is sure to be one of the raddest weekends of the year, let us remind you of all the reasons to buy your tickets now before they are gone for good: