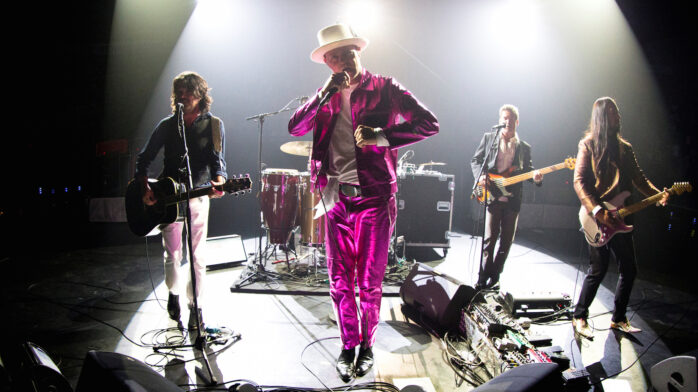 Canadian alt-rock band The Tragically Hip played their final show last night in their hometown of Kingston, Ontario. In May, the band announced that singer Gord Downie had been diagnosed with glioblastoma, a type of brain cancer in December, 2015. Although his condition has responded favorably to treatment, it is not curable. The Kingston concert took place at the city’s new Rogers K-Rock Centre and was attended by Canadian Prime Minister Justin Trudeau. It was also live streamed so that fans around the world could partake in the event.

The Tragically Hip (also referred to as “The Hip”), which formed in 1984, is one of Canada’s favorite rock bands, and while it never grew the same size following in the United States it has maintained a cult following among many Americans, especially in cities along the Canada / US border and fans of alternative rock. The band released its 13th studio album, Man Machine Poem via Universal Canada in June.

Watch The Tragically Hip’s final concert in full below: