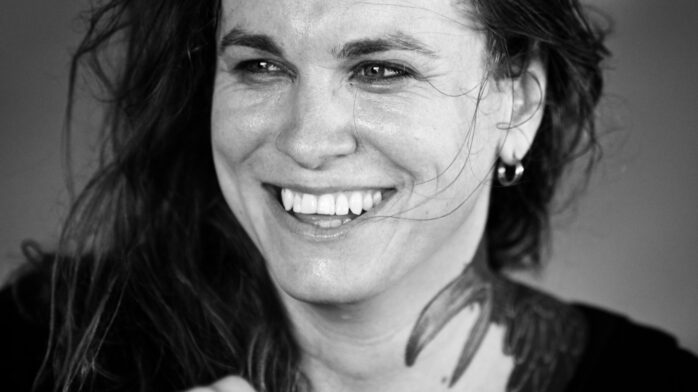 Against Me! by Dave Wittig

10 Questions with Against Me!

Riot Fest alum Against Me! appeared on the Roots Stage at Riot Fest & Rodeo last weekend, blowing over the crowd with a high-energy set that included a number of tracks from their upcoming album, Shape Shift With Me (get an advance listen to the record courtesy of NPR here). Against Me! was formed by Laura Jane Grace in 1997 in Gainesville, Florida and is currently comprised of longtime guitarist James Bowman, bassist Inge Johansson, and drummer Atom Willard.

Shape Shift With Me is the Against Me! seventh album and will be released on the band’s own label Total Treble on Friday, September 16. It’s awesome and you should listen to it (thank you, NPR), and while you do so you can check out our 10 Questions with Laura Jane Grace.

Crass. They showed me a way of thinking politically that completely opened my eyes and shaped my political worldview going forward.

Frankenstein [by Mary Shelley]. It’s a classic for good reasons and it’s a book that I’ve been able to enjoy at all ages. It’s a book that’s often misinterpreted too, even at a surface level where most people think that Frankenstein is the name of the monster.

Sunscreen and water. I’m also a strong believer in earplugs.

I don’t know. I don’t want to be president – It’s too much responsibility! I just want to play guitar. But the first item on my platform might be to focus on the environment.

I want to go hang out with my kid and her mom. [We’d do] anything my kid wanted to do. Maybe go swimming or something? Maybe play skeeball?

“New York Doll” by Robyn Hitchcock. I don’t like most of his albums but that song is just incredibly heartbreaking, and the lyrics just capture something in this crazy way. It’s about Arthur Kane, who was the bass player for the New York Dolls. It’s heartwrenchingly beautiful and I always return to it.