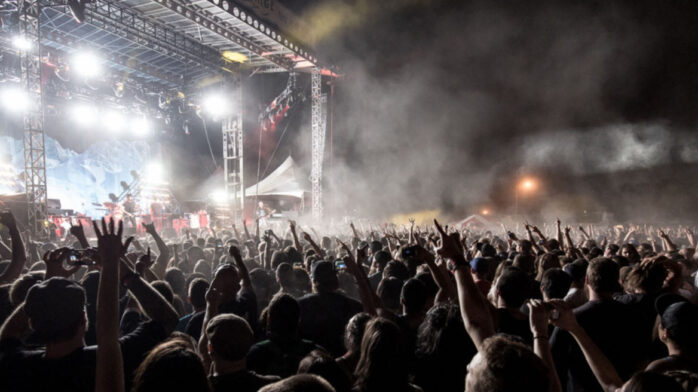 Riot Fest & Rodeo is NOW and naturally, we can’t wait for the action to begin!

It’s probably no surprise that the musical tastes and preferences among the Riot staff members are as diverse as the artists on the festival roster, so naturally, everyone had a different answer when we asked them to recommend one band that can’t be missed at Riot Fest Denver this weekend.

However, some of us were already on the scene in Denver when the conversation came up, so you’ll have to ask anyone who is missing from this list yourself when you see them around National Western Complex this weekend. 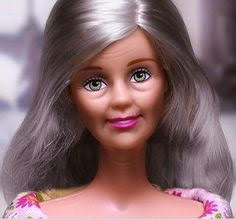 I’ve been waiting since 1983 for this and I can’t wait to sing along with the band to all my favorites tunes such as “Last Caress, “Ghouls Night Out,” and “Bullet,” (because let’s face it, who doesn’t love a good song featuring Jackie O? She was so glamorous!) Plus, that Dave Lombardo sure can play those drums. And to answer the question, “Mommy, Can I Go Out and Kill Tonight?” Well, this mom says, “Misfits, you go ahead and kill it as long as your little hearts desire!”

People Under the Stairs (Jen) 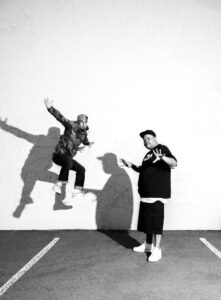 Over the past several years, I’ve been developing my ear for hip hop, learning more about the genre and figuring out what I like. Growing up in Southern Indiana, I didn’t have the best exposure to classic, old school hip hop. It was more like…Nelly’s Country Grammar being blasted from open SUV windows driving down country roads to the corn field party – not joking. So, I can’t claim to have always known about People Under the Stairs. Admittedly, they are new to me, but I love them all the same. They have that “good vibe” feeling that I look for in most music, especially hip hop. They use samples from rare records that span a wide array of genres, from funk, soul and jazz to rock and even spoken word. If I were going to Denver for Riot Fest, I would absolutely make a point to see their set and bob my head with a smile on my face. Guess I’ll just have to wait a couple weeks until they show up at Douglas Park. 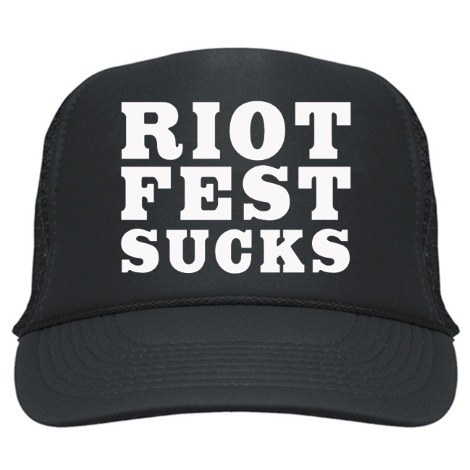 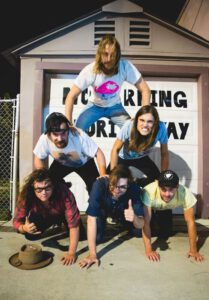 I’m a big fan of Diarrhea Planet and you should be too. Don’t be scared of the name, there actually isn’t any poop involved at a Diarrhea Planet show. I can’t guarantee you won’t crap your pants after seeing them, though. With four guitars, a bass, and drums these 6 guys from Nashville, Tennessee will melt your face off. I’ve seen Diarrhea Planet about five or six times and I leave a sweaty tired mess each time and loved every minute. There will be crowd surfing and probably a little stage diving as their unique mix of garage, pop, punk, metal, and rock kicks asses and takes names. 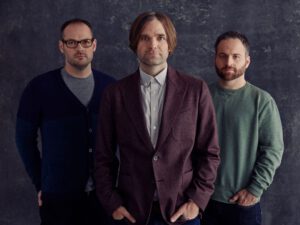 I blame Seth Cohen for my love of Death Cab For Cutie. That’s right, everyone’s favorite teenage melodrama The OC introduced me to an entire world of music my then 12-year-old self had yet to discover. Fast forward 12 years, and I’m still playing Transatlanticism on loop, understanding the lyrics a little more deeply than I did before. (That crush on Adam Brody is still going strong too).

Despite listening to this band for over half of my life, I’ve never seen them live. I’m not saying I’m going to cry–mostly because I think the Riot Fest Twitter Guy will personally have me kicked out–so if my eyes are a little teary, it’s probably ‘allergies.’ 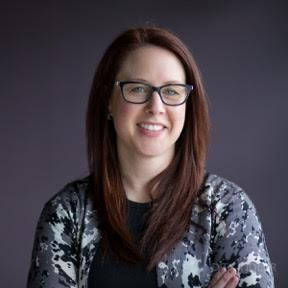 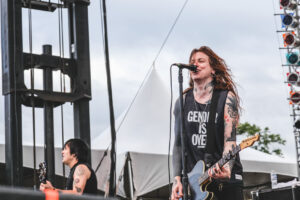 I’ve been a fan of Against Me! for a long time and I’m looking forward to seeing them again in Denver. I’ve appreciated how they have developed into a more outspoken band, and as they’ve brought their social conscience into their music, they have challenged their fans to think about things they might not have thought about before.

From an outside perspective, it seems that as their music has evolved, they’ve evolved as people as well. I’m also curious if they’ll play us any music from their upcoming album, Shape Shift with Me. 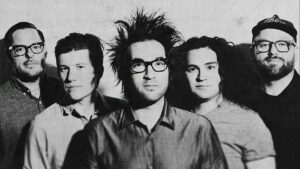 Motion City Soundtrack are currently on their “So Long, Farewell” tour and I’ll be in Denver to catch their final Mountain Time set. This band is remarkable to me not only because I love their songs and their sound, but because their music belies a sophistication and attention to songcraft that isn’t often found in the catalogs of their Warped-Tour-friendly peers. Motion City Soundtrack is my top pick for Riot Fest Denver because they succeeded at fusing together pop melodies with punk energy and arranging it into exciting and unpredictable ways. Their songs were made to be played and enjoyed live, and I’m looking forward to catching their set this weekend as their 17-year, 6-album career draws to a close. 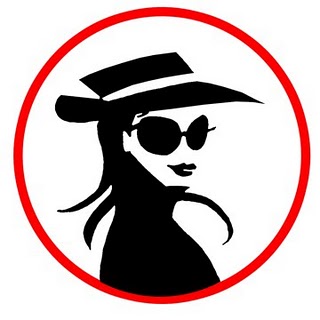 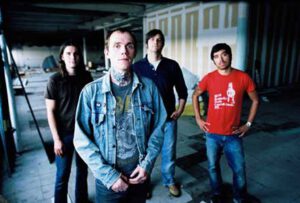 Of all of the bands playing Riot Fest Denver that are not also on the bill for Riot Fest Chicago, Boston hardcore/metal icons Converge are at the top on my “Must See” list. Although the group’s career spans over 25 years, they remain at the cutting edge of heavy music, most recently on their eighth album All We Love We Leave Behind in 2012, followed by a 20-song tour DVD titled Thousands of Miles Between Us in 2015, and this spring’s critically-acclaimed, guest-laden live project “Blood Moon” that focused on new explorations of some of their slower material. On top of that, the band’s drummer Ben Koller is one of the best on the entire bill, and if you listen to more aggressive strains of hardcore or metal, guitarist Kurt Ballou likely produced a bunch of your favorite records. Plus, of all the times I’ve caught Converge in action over the years, I’ve never seen them give a less-than-stellar performance. So, plan on trekking to the Riot Stage on Sunday afternoon and prepare yourself for one of the most intense, riveting sets of the weekend.

against me Can I go out and kill tonight?" converge Diarrhea Planet motion city soundtrack People Under the Stairs riot fest & rodeo Staff Picks The Original Misfits