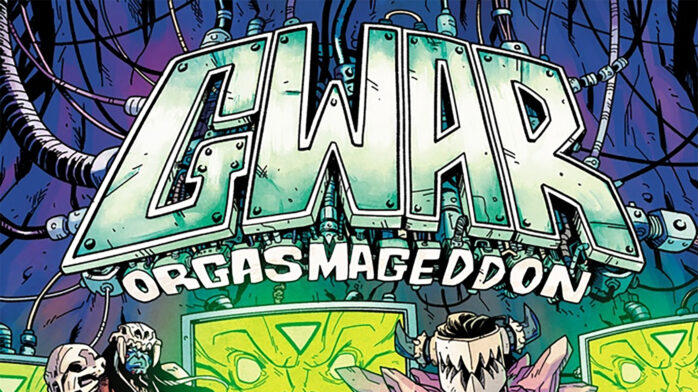 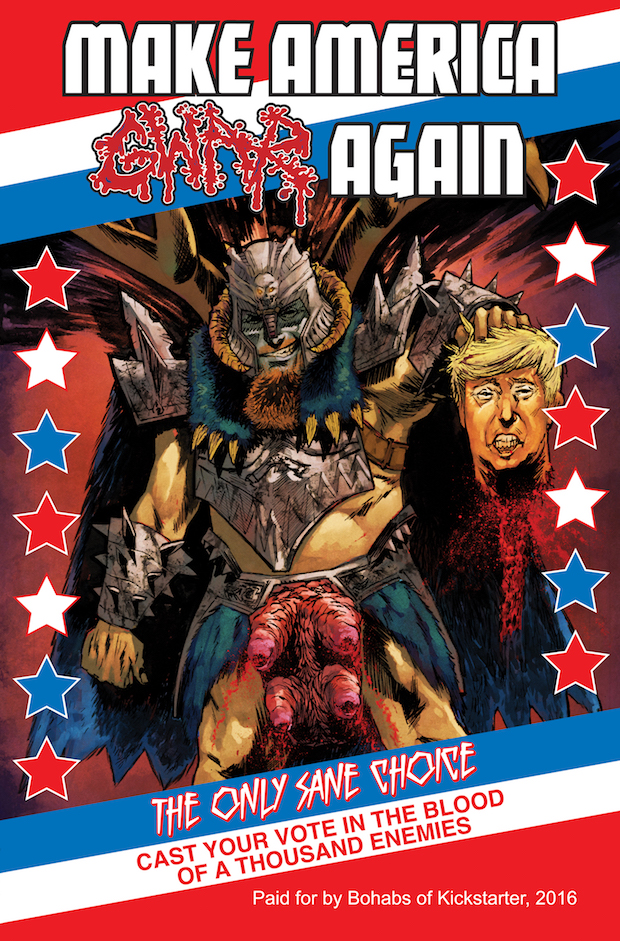 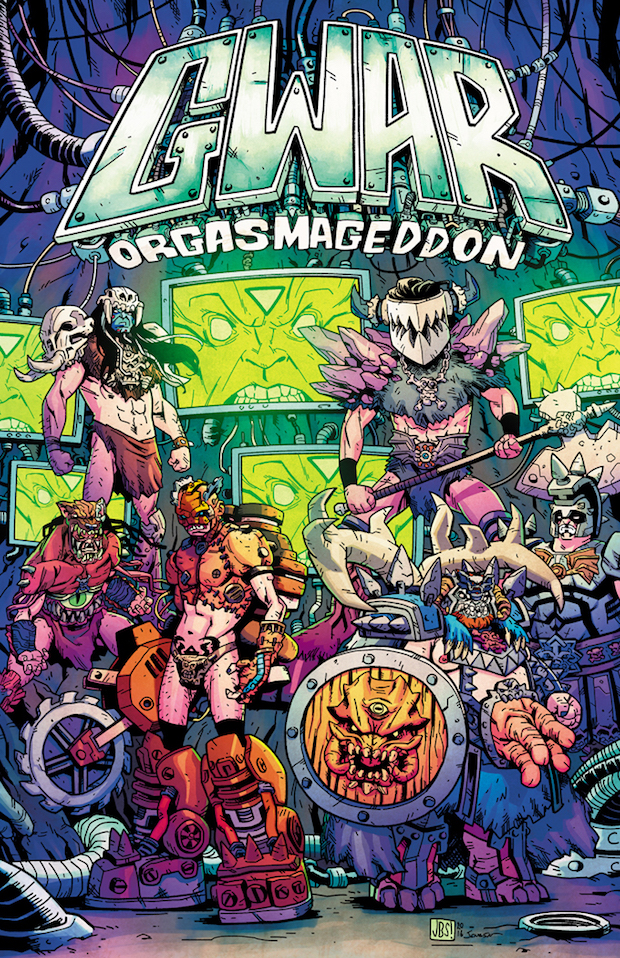 GWAR is coming for your comic books and are looking for some funding via Kickstarter for a four-issue series called GWAR: Orgasmageddon.

Incentives for people who support the project include original art, painted drum heads, tattoos of GWAR, signed posters by members of the band including the late Oderus, a GWAR medallion, and more.

Do you want to be in the comic book? Five contributors will have their likeness “drawn into the book and brutally eviscerated by GWAR or Sawborg right there on the pages. This is an ultimate thrill for any Bohab… to be killed by the mighty mother effin’ GWAR”.

Would you like the bloody skull of Osama bin Laden or the decapitated head (the stage prop, not his actual head) of Mitt Romney? If you contribute $1500 or more you can have that too.

There’s really something for the whole family.

Check out the Kickstarter video below and contribute now.