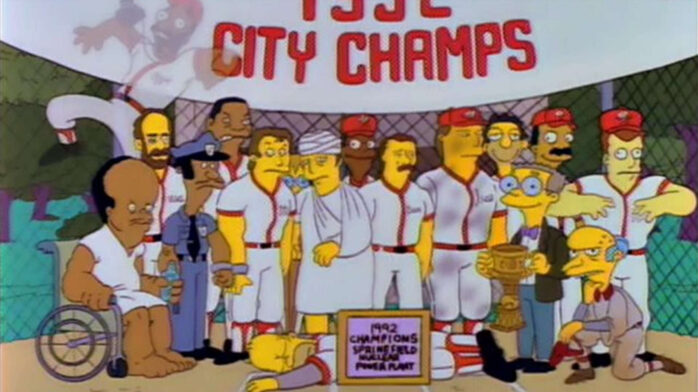 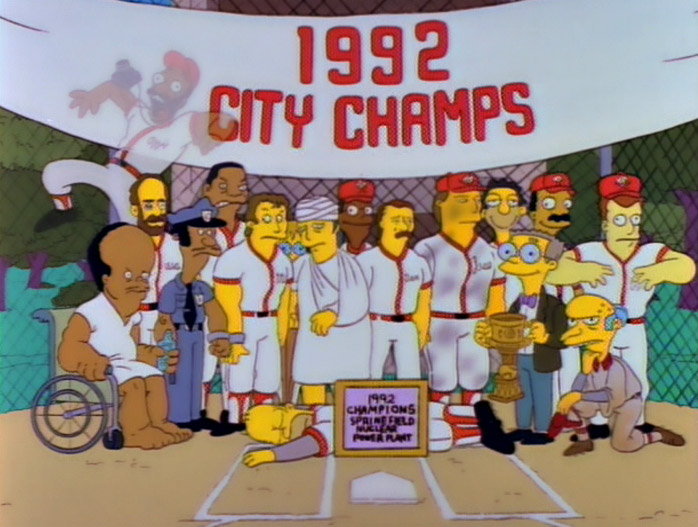 The Baseball Hall of Fame will be celebrating the 25th Anniversary of “Homer at the Bat”, one of the greatest episodes of “The Simpsons”.

The celebration will include a round-table discussion at the Baseball Hall of Fame on May 27th with Wade Boggs and Ozzie Smith as well as episode executive producers Al Jean and Mike Reiss, director Jim Reardon, executive story editor Jeff Martin and casting director Bonnie Pietila.

And just remember, “No matter how good you are at something there’s always about a million people better than you.” – Homer Simpson

Well, Mr. Burns had done it,
The Power Plant had won it,
With Roger Clemens clucking all the while,
Mike Scioscia’s tragic illness made us smile,
While Wade Boggs lay unconscious on the bar-room tile.