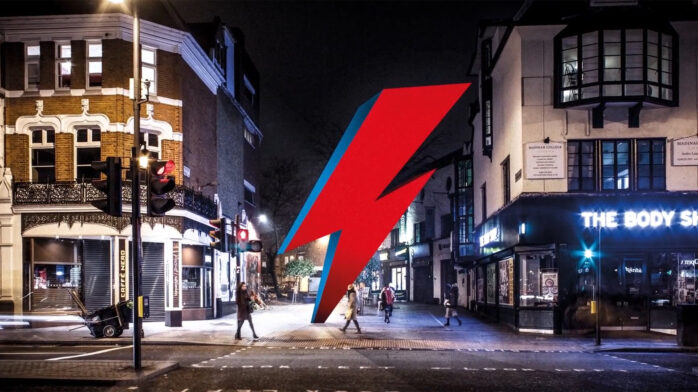 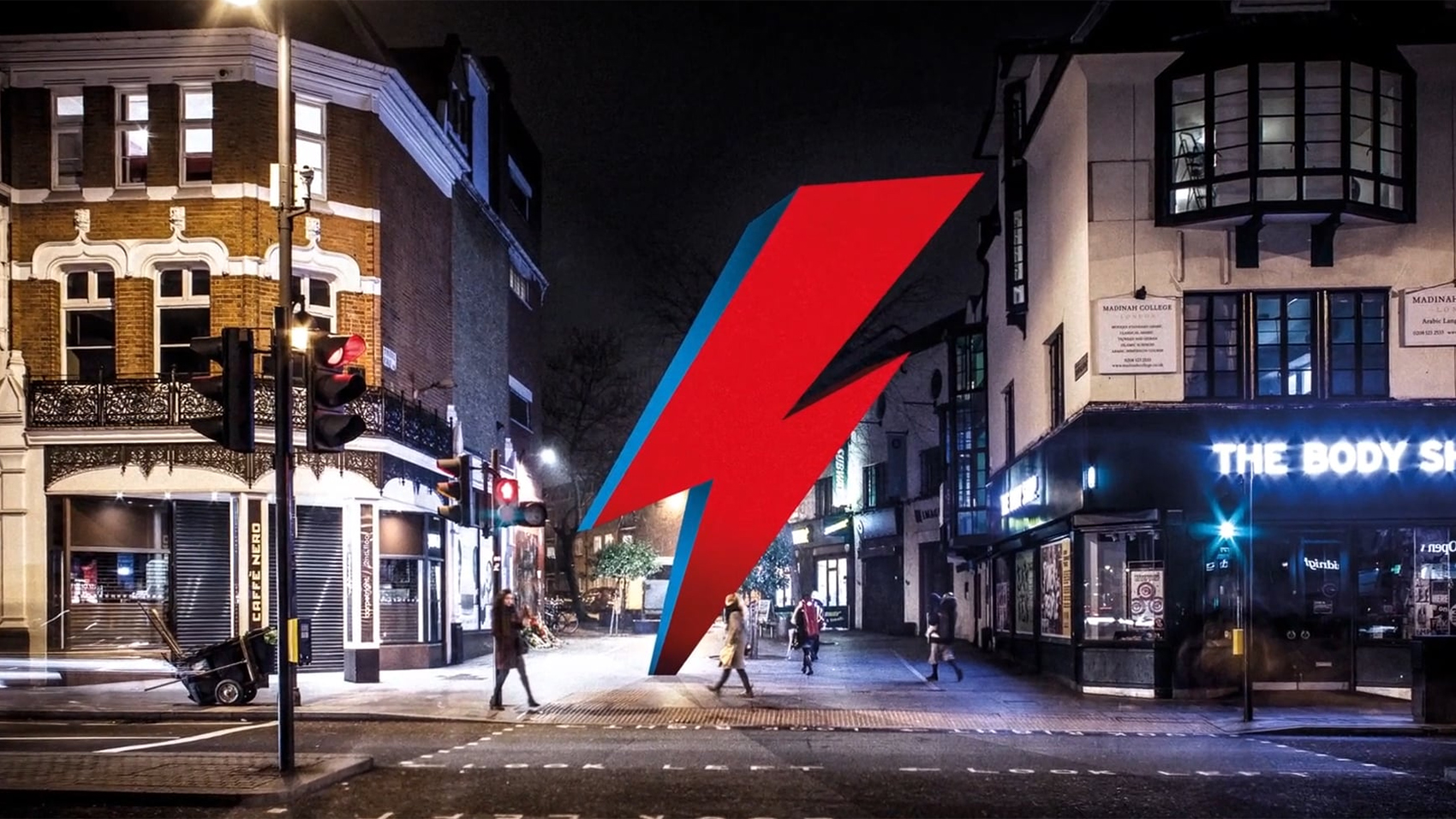 David Bowie fans are crowdfunding a three-story ‘Aladdin Sane’ lightning bolt that would stand near musician’s birthplace in the Brixton neighborhood of London.

The nearly 30 ft. sculpture will be designed after David Bowie’s make-up from the cover of his 1973 album Aladdin Sane.

The group working to create this massive tribute project, This Ain’t Rock’n’Roll, are working with the city of Brixton as well as David Bowie’s team in London and New York.

From the Crowdfunder page:

Now, in consultation with David Bowie’s team in New York and London, the Brixton community is building  a permanent memorial in the place of his birth.

Recreating the iconic lightning flash from Duffy’s Aladdin Sane LP cover in gravity-defying red and blue-sprayed stainless steel, this is a monumental piece of public art.

Just as an otherworldly David Bowie landed in our lives, the memorial (is it too soon to call it the ZiggyZag?) stands embedded in the Brixton pavement – a three storey tall bolt from above. A nine metre missive from another dimension, hurled from afar. Unexplained, yet utterly familiar; a poignant reminder that life does exist beyond the everyday. That music and art and curiosity are vital, positive contributors to our collective existence.

A wide variety of different rewards are available to those who donate to the project including jewelry, enamel pins, t-shirts, gold pendants, t-shirts, and even limited edition replicas of the “The Ziggy-Zag”.

If you’d like to donate, you can do so here.