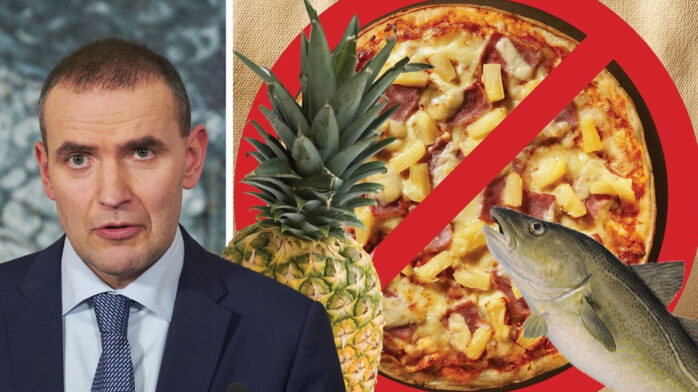 Guðni Th. Jóhannesson, the president of Iceland, and a true hero, has stated that he is firmly opposed to pineapple as a pizza topping, adding that he would enact a law that would ban the pineapple on pizza if he could.

While visiting a local high school in the town of Akureyri in North Iceland Guðni Th. Jóhannesson was asked by the students what his attitude would be to pineapple pizza and the answer was the correct one, “I would ban pineapple-pizza if I had the power to set laws”.

After the pineapple on pizza controversy exploded on the internet, he followed up with a facebook post on the the pizza-controversy. “I like pineapples, just not on pizza. I do not have the power to make laws which forbid people to put pineapples on their pizza. I am glad that I do not hold such power. Presidents should not have unlimited power. I would not want to hold this position if I could pass laws forbidding that which I don´t like. I would not want to live in such a country. For pizzas, I recommend seafood.”