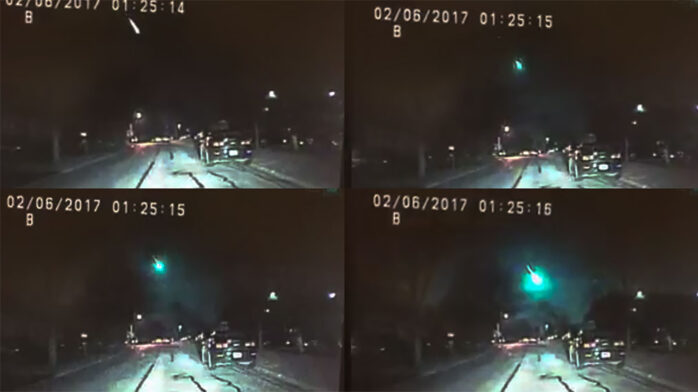 “It was basically visible for a long distance,” said Ricky Castro, a meteorologist with the National Weather Service’s Chicago office. “It was certainly an interesting event, uncommon for the area.”

The American Meteor Society received over 185 reports about of a fireball event over seen over Wisconsin. The green fireball was seen primarily from Illinois and Wisconsin but witnesses from Michigan, Indiana, Ohio, Iowa, New York, Kentucky, Minnesota and Ontario, Canada also reported the event.

Unfortunately, this was a small meteor and even if it had had hit us, it wouldn’t have done much damage. We would need an object many miles across to kill us all.

Fortunately, meteors fly by earth all the time, so it’s only a matter of time before one finally hits us and puts us out of our misery.

The good news is that one day an meteor will hit earth and destroy us all. The bad news is that it probably won’t happen in the next few weeks or even four years. But don’t give up all hope, meteors are really hard to find, we discover them all the time, and one could be headed toward us a lot sooner than we think.

asteroid end of the world kill me now meteor midwest