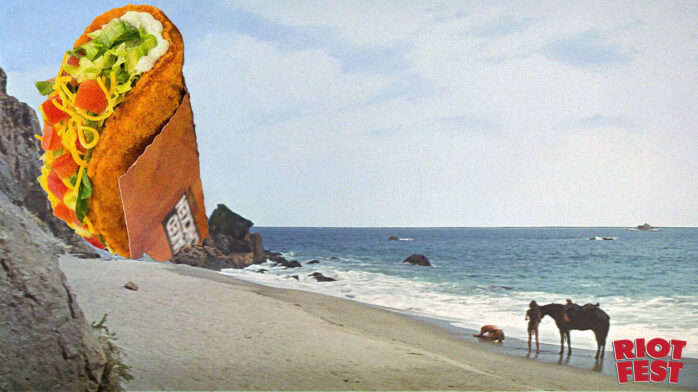 As quickly as Taco Bell gave us the Naked Chicken Chalupa, they will be ripping it out of our mouths and lives.

As reported by the OC Register, the Naked Chicken Chalupa, first launched nation wide on January 26th, will be taken off the menu sometime in March because Taco Bell is terrible and wants to take away the only joy I have in my life.

A spokesman for Taco Bell said this is the “same length” of time most other “LTO” items stay on the menu.

What is a “Naked Chicken Chalupa”? We’re glad you asked. It’s a regular Chalupa that has a taco shell made out of fried chicken. For just $2.99, you will get a four-ounce fried and breaded piece of white meat chicken that has magically been formed into the shape of a taco shell. It is then filled with shredded lettuce, diced tomatoes, cheddar cheese, and avocado ranch sauce. According to Taco Bell President Brian Niccol, you literally asked for this, “Fried chicken is growing at a tremendous clip. It’s a real void on our menu, and it’s something that our customers ask us for.”

The Riot Fest staff tried the Naked Chicken Chalupa last month when it was released. You can read about our journey here.