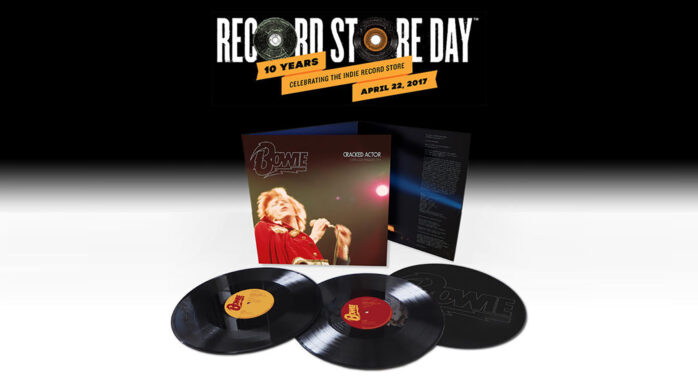 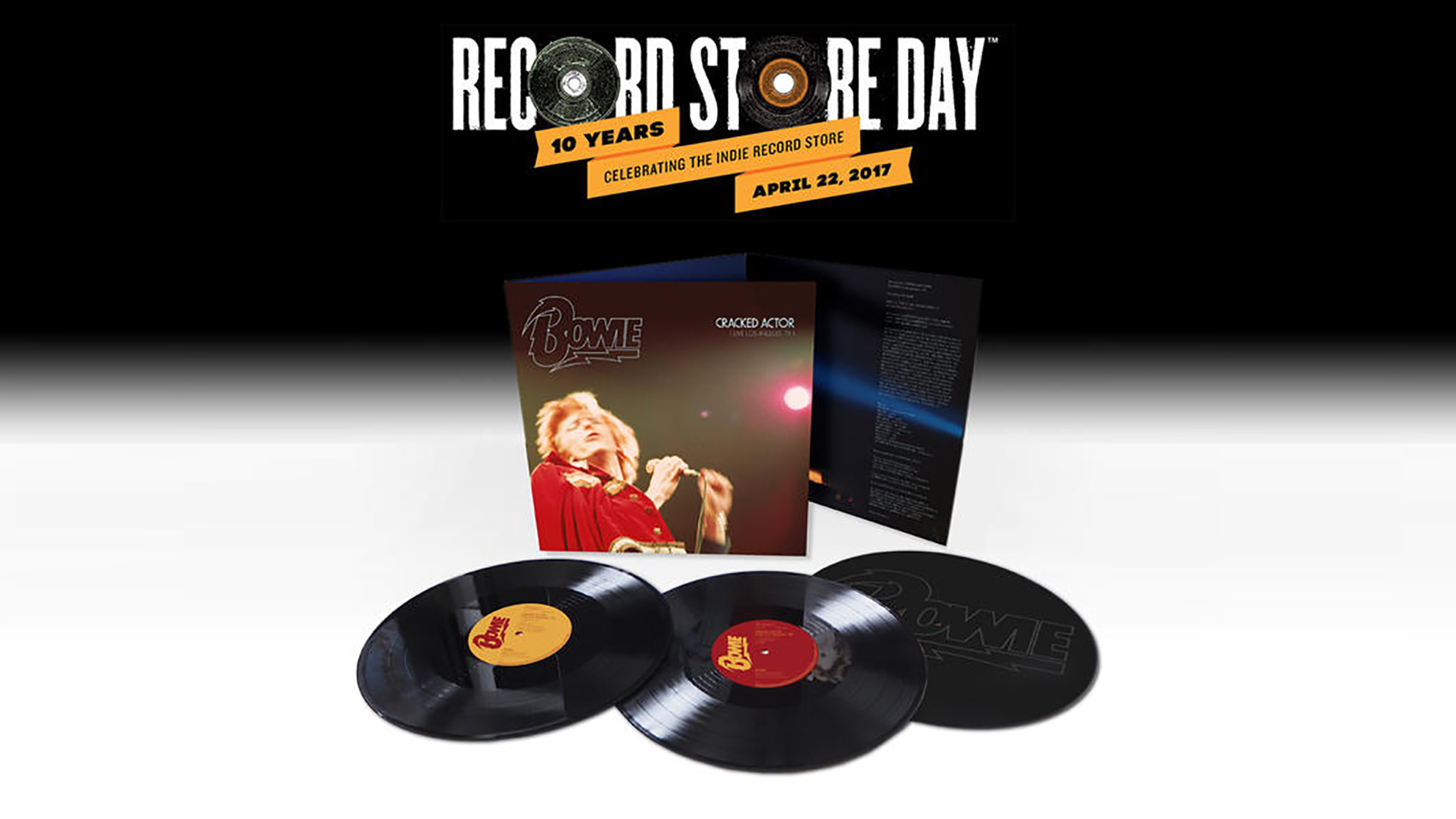 The first album, recorded live on September 5th, 1974 at Universal Amphitheatre, Los Angeles, is Cracked Actor (Live Los Angeles ’74). It is the “first official release of this Philly Dogs Tour show from September 1974. The full concert is documented on this triple vinyl five-sided album. The sixth side features an etching of the Diamond Dogs era Bowie logo.”

The second of the two albums, Bowpromo, “was originally pressed in very small quantities in 1971 and it features alternate mixes of some of the songs that would eventually be released on the Hunky Dory album. The A-side contained seven Bowie tracks, relatively new material at the time, five of which would appear on Bowie’s next album, Hunky Dory. On the B-side were five tracks recorded by another artist on the GEM roster, Dana Gillespie.”

Good luck finding yourself a copy on Record Store Day. You can read all the details here, and check out the track lists below.

Side 3:
Rock ‘n’ Roll With Me
Knock On Wood
It’s Gonna Be Me
Space Oddity