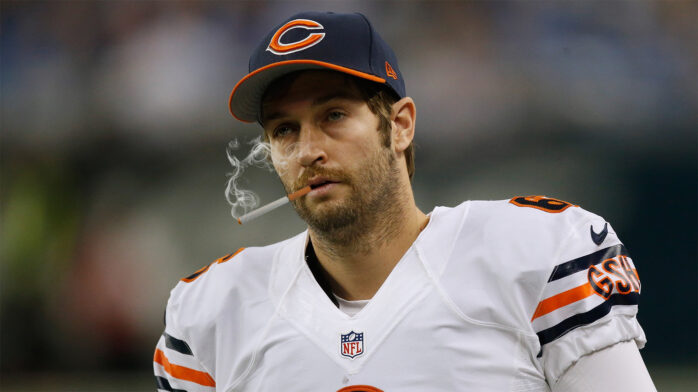 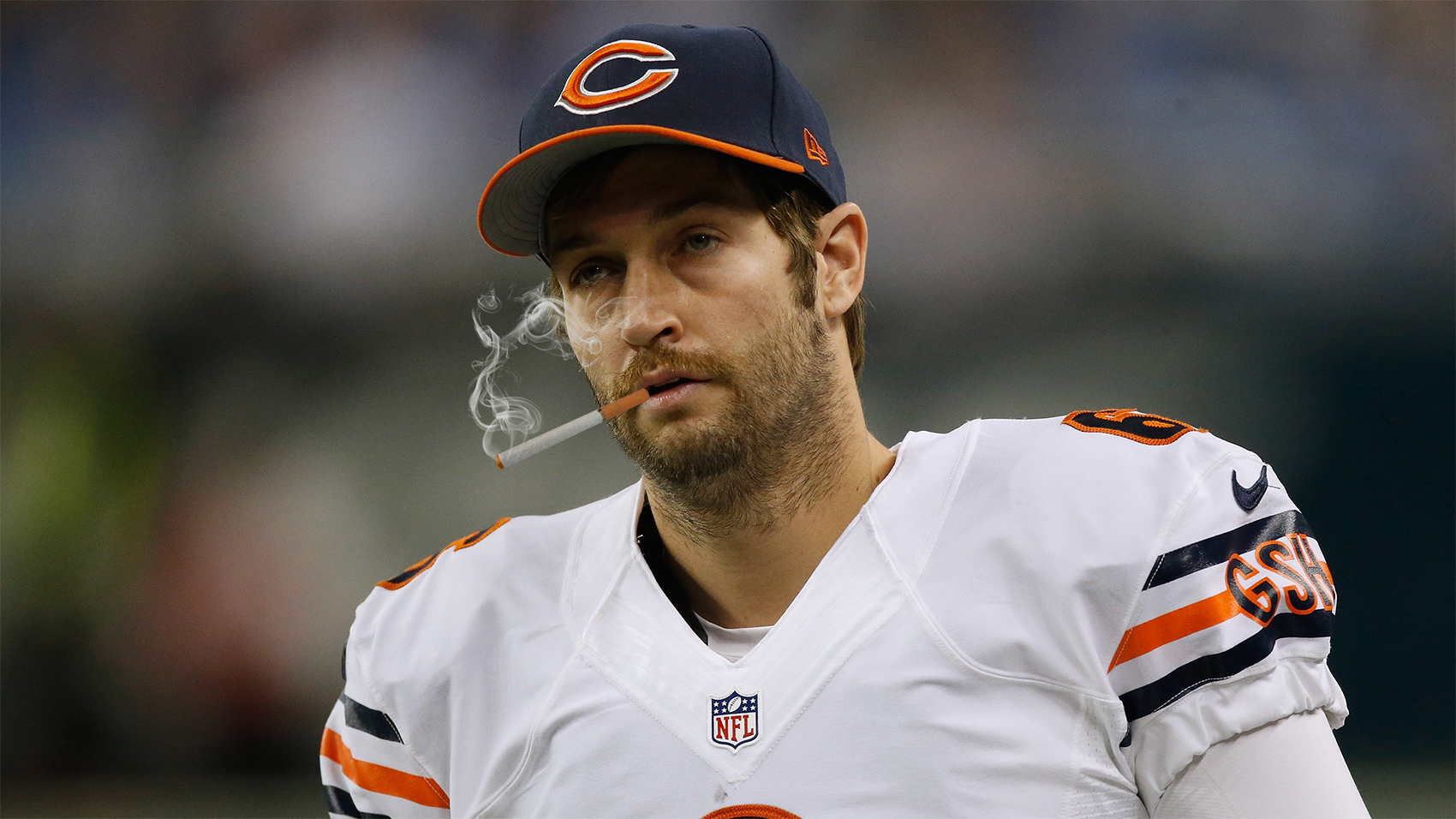 Jay Cutler, the best quarterback in Chicago Bears history, sort of retired from the NFL today, and he quoted Henry Rollins, or at least he thinks he did.

Jay Cutler retires with the most touchdowns, the most passing yards, the most completions, and the most wins of any quarterback in Chicago Bears history. In 8 seasons with the Bears, Cutler had a 51-51 record, and a very, shall we say, complicated relationship with fans.

With a consistent “I don’t give a shit about football” look on his face both on the field and on the sideline, a blog dedicated to the most apathetic looking athlete in the history of sports called smokinjaycutler.tumblr.com was born. It is filled with pictures of Jay Cutler photoshopped to look like he is smoking and it is fantastic.

Cutler released a statement today, maybe announcing his retirement and announcing his move to the broadcast booth for FOX. In the speech, he quotes Henry Rollins, or at least he thinks so, he’s not really sure:

“I recently read a quote that struck a chord with me at the time. It was attributed to Henry Rollins (but with the internet these days, you can never be too sure who really said it). ‘I did that, I gave everything I had to give to that. Now, if I returned to that it would be repetition – it might be fun repetition, but it wouldn’t be meaningful repetition.’”

Will Jay Cutler ever Rise Above and play football again or will he stay Thirsty and Miserable? Maybe he just has Nothing Left Inside.