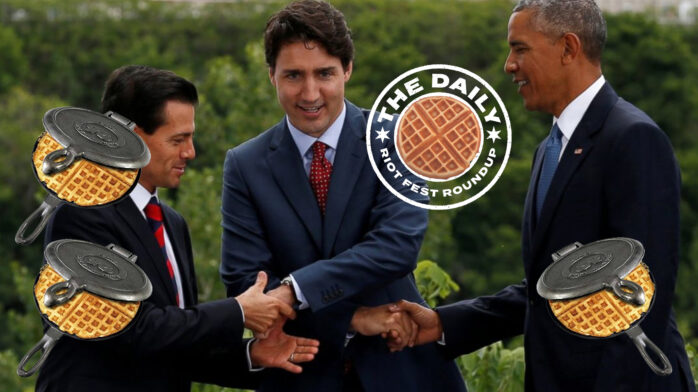 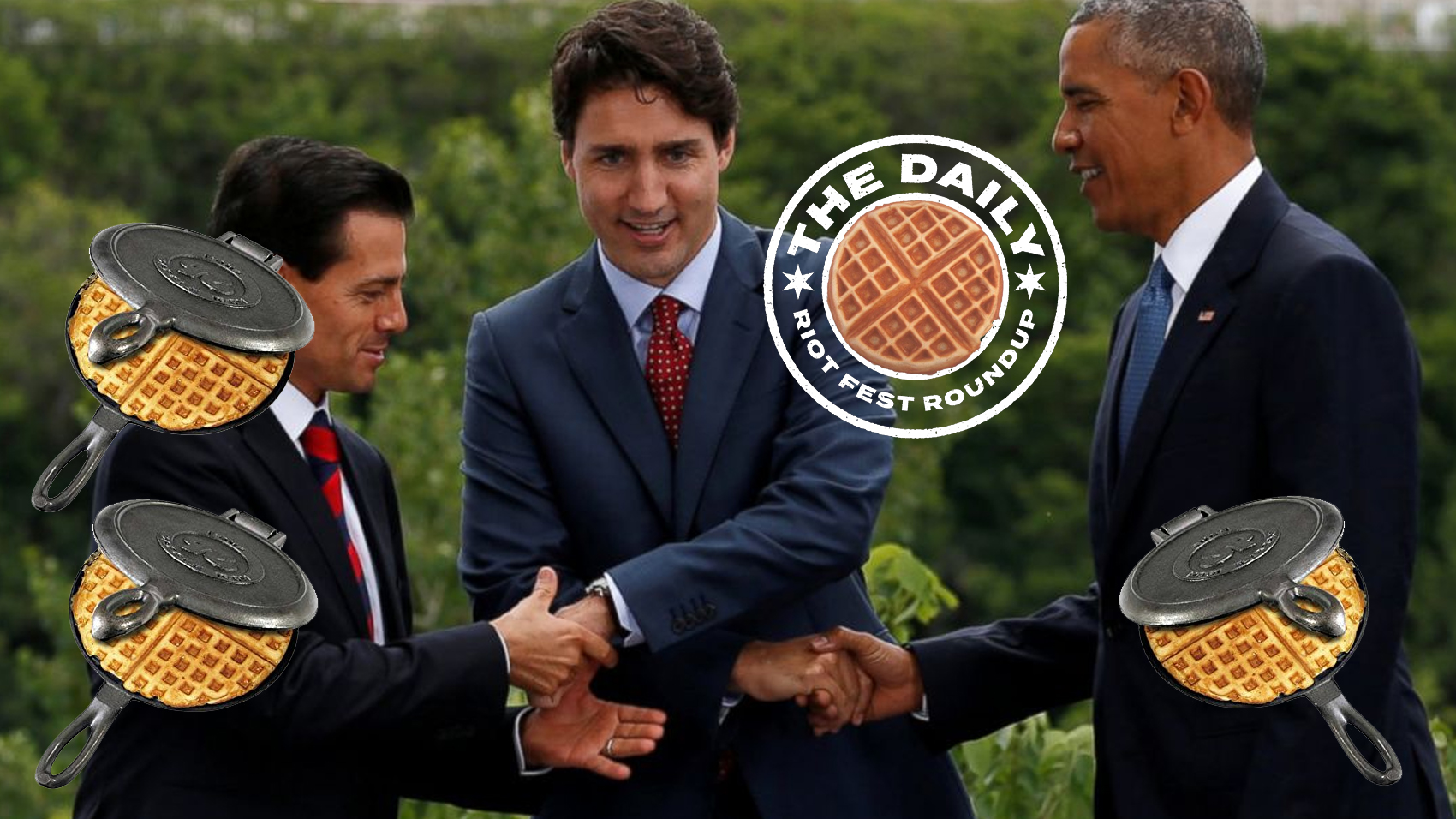 Danzig just announced a run of tour dates that perfectly routes them from the east coast to Chicago, so they’ll be in top form by the time they get to Riot Fest to play Danzig III: How the Gods Kill in its entirety. Corrosion of Conformity will support Danzig on all of these new dates. 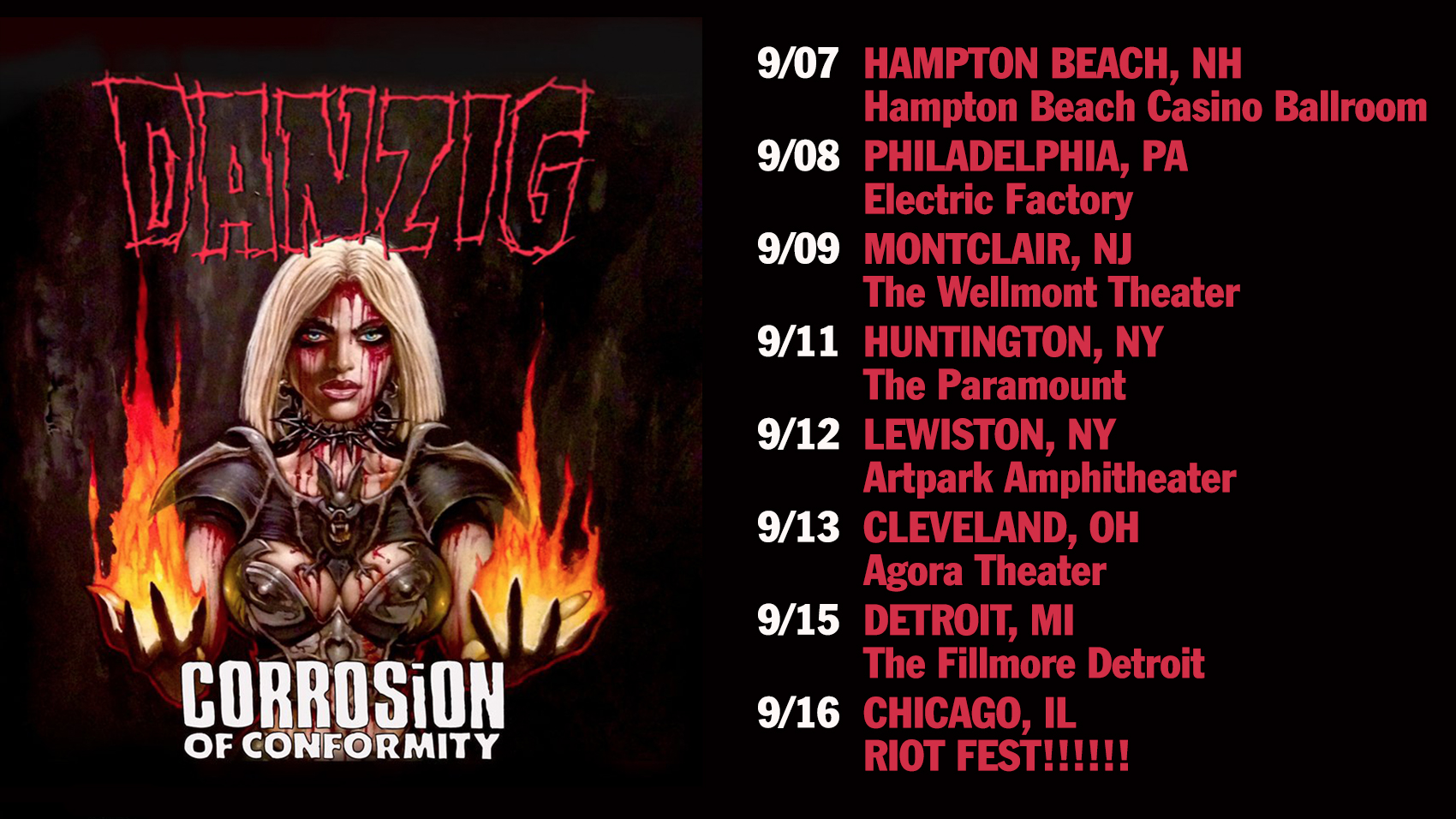 Pitchfork struck the LIARS jackpot today, detailing the new album (TFCF, coming August 25th) with a rad new song (“Cred Woes” can be heard below) as well as listing a grip of tour dates. The best part is the album cover (also below). Or, one of the best parts. 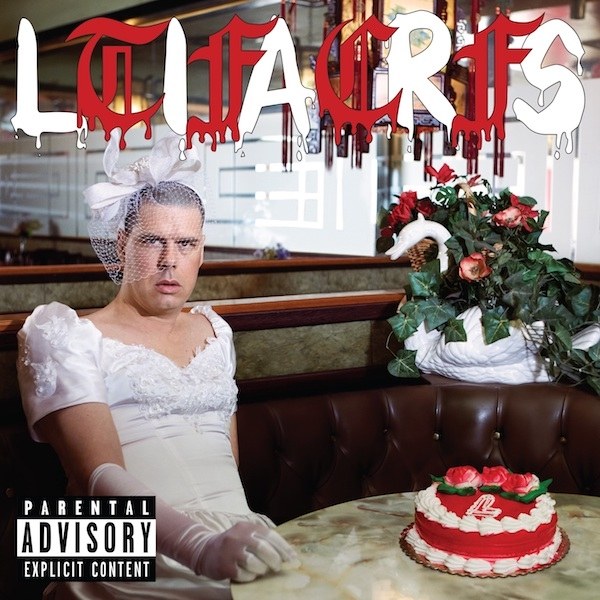 The National just released a new video. “Guilty Party” is from the band’s highly anticipated Sleep Well Beast album, which comes out on September 8th via 4AD.

The Claypool Lennon Delirium, which is basically Les Claypool from Primus and Sean Lennon from…John Lennon and Yoko Ono? New York? Anyway, it’s those two super talented dudes, and they’ve just announced a new covers EP, Lime and Limpid Green, out August 4th. Check out the new video for “Satori,” which is originally a song by a Japanese group called Flower Travellin’ Band. Japanese bands always have the best names. In addition to covering they-who-shall-be-awesomely-named, they handle Pink Floyd, King Crimson, and The Who.

ICYMI: Yesterday we announced that we’ve partnered (the verb) with Township to present Parnter (the noun), live in concert on September 28th. Tickets go on sale tomorrow at 10AM CDT right over here. And they have a funny new song about not snooping on your roommate, lest you actually find something you don’t wanna find.

New Order is performing with Goldfrapp at the Hollywood Bowl in September:

Taking Back Sunday has HeadCount at some of their summer tour dates to get people registered to vote:

Excited to have @HeadCountOrg out at some of the Summer Tour dates to register voters. Interested in volunteering? https://t.co/Kjx6ukXS9z pic.twitter.com/9wJja9xij4

You can book Say Anything‘s Max Bemis and Sherri Dupree Bemis to sing at your wedding:

PERMA TO EXCLUSIVELY PLAY WEDDINGS IN 2017-2018 LEADING UP TO NEW ALBUM. Booking for the “Wedding Tour” is live: https://t.co/i6F0UaZom1 pic.twitter.com/KzRwcwYUys