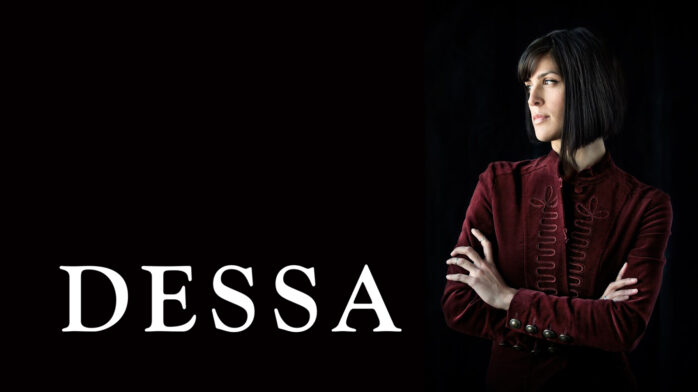 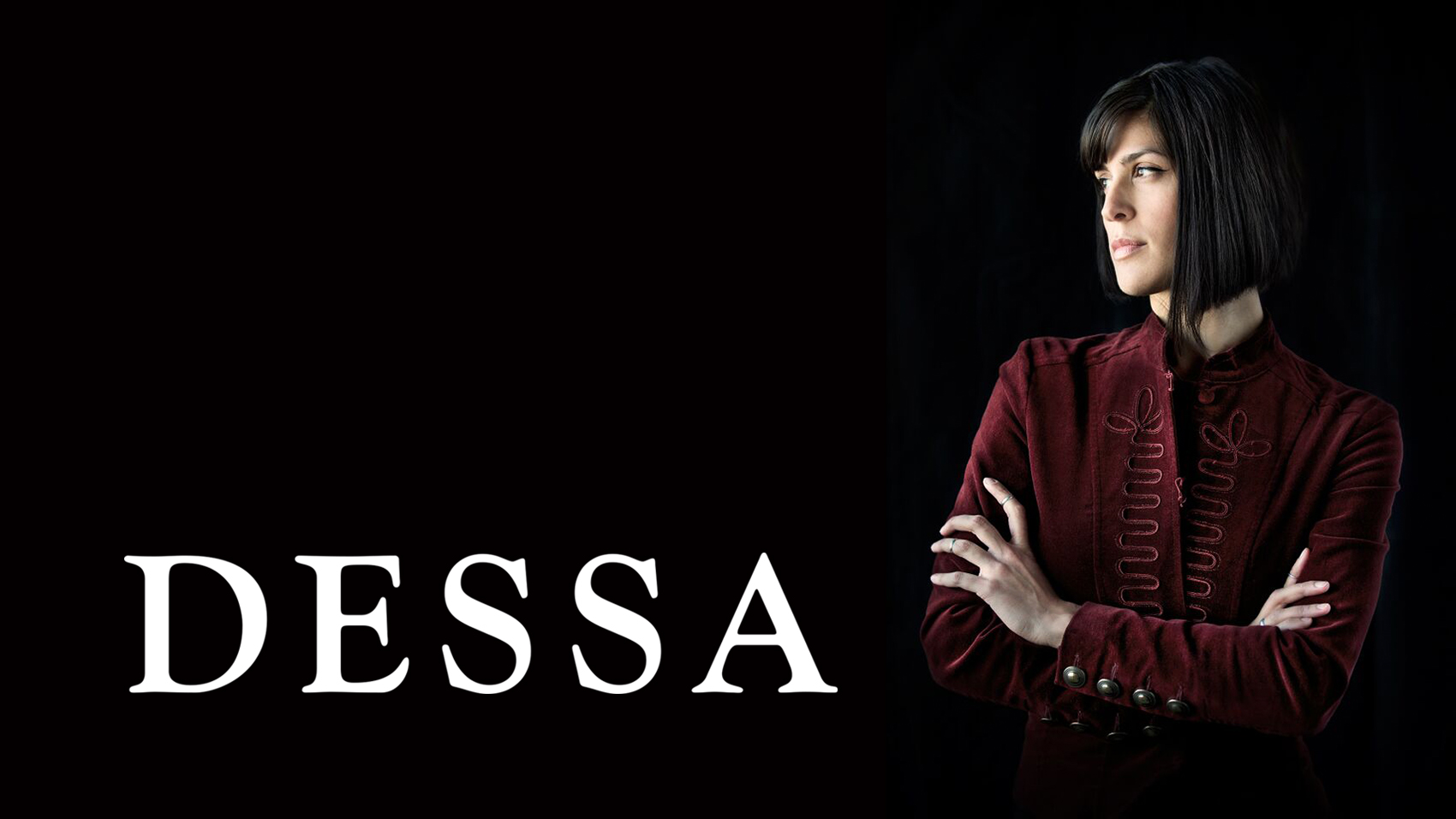 Dessa is a rapper, a singer and an essayist with the Minneapolis hip hop collective Doomtree. As a solo artist, she recently collaborated with the Minnesota Orchestra and served as The Greene Space‘s first Artist-In-Residence. As a writer, she’s contributed to MPR, the Star Tribune, literary journals and has published two short collections of her own with a third due next year.

Dessa is in Chicago with Doomtree at the end of July at Wicker Park Fest and a show at Subterranean. She returns in September performing a solo set at Riot Fest on Sunday, September 17th. Riot Fest spoke to Dessa about her recent collaborations, the difference between performing solo vs. the crew and what’s next on the horizon.

Recently you performed at The Symphony Ball as part of the Minnesota Orchestra and performed two new compositions. Can you talk about how those were written and some of the artistic considerations you made while writing them?

I partnered with a composer from Minnesota named Andy Thompson for those classical compositions. He and I have worked together before to adapt my existing music to orchestral presentation.

It’s a trip! I mean rap music, you’re nimble onstage. At its simplest, a rapper may be accompanied by a DJ. To transition to an environment when there are well over 70 musicians with you making this wall of choreographed sound is a really different experience. Even with just the feeling in your body. Performing as a rapper you hear sound from a monitor at your feet where the speakers have been set up at foot level. With an orchestra, they are generated acoustically by scores of people behind you. Even just the direction from which the music arrives to your ears is different.

How did you factor your existing songs in the set list? What changes did you need to make to those?

I mean, I was in a fancy dress. The Minnesota Orchestra has been awesome to partner with. They give their artists free artistic reign. I performed my same set list with my band at Orchestra Hall that I might perform with at Subterranean or at the Metro at Chicago. I got to pick my tunes, I don’t have to censor swear words. I just have to make sure to not fall over in heels.

You wrapped up a tenure as WNYC The Greene Space Artist-In-Residence. Can you explain how that opportunity came about and what your goal was at the beginning of it? How do you feel it went?

I was the first Artist-In-Residence at WYNC. The rules were ours to make. We didn’t really have any guidelines. We were enthusiastic about working together. I’m a big public radio nerd. I like listening to it, and I like designing unusual events.

So, for the series I presented with The Greene Space in New York, I partnered with scientists to do a series of evenings of custom cocktails and some smart conversations and Q and A’s with some really innovative researchers who are studying the human brain and mating behaviors in humans. I performed some music as well. So, for me, the inspiration had been a project I had done in Minnesota where I partnered with the CMRR –  University of Minnesota’s Center for Magnetic Resonance Research to do a project that involved imaging my own brain in romantic love. We were able to watch parts of my neuroanatomy that are engaged in romantic thinking. We got to watch them activate in real time. I used those images and that data to present a show on stage.

We made a big disco ball 4 feet wide with the anterior cingulate of the brain that’s involved with romantic response.

It’s been a few years since your last solo record. Have you been recording or do you have plans to? Can you offer insight to what to expect?

I put out a single last year called “Quinine” and then towards the very end of the year put out a track on The Hamilton Mixtape in December. I just finished recording some new material and have another session on the books two weeks from now. I’m just starting to crank up that machine again after having focused on new classical compositions for the past year, which aren’t recorded yet.

It’s a very different method of working. You arrange a song and then play them, but that doesn’t necessarily yield a live recording. So now I’m revisiting some of those songs that were created for the classical world if they can be rendered pop songs as well. It’s reverse-engineering. Usually, you are taking a pop song and figuring out how to orchestrate it. I’m starting to devise how with Lazerbeak, who is the CEO of Doomtree, the label that I’m on.

You’ve published two short collections of your writing. How do you differentiate the material you produce as a musician versus what you do as an essayist?

My interest has always fundamentally been in the language arts. Writing lyrics, or writing a little play, or writing fiction, or poetry, or essays. Working on the page you have total ‘scalpel control’ of the variables. Whereas, working in a musical environment, there are other variables at play other than the language, right? There’s instrumentation, the BPM, the tempo, the sound of your own voice. There are a lot more variables that contribute to an overall effect. On the page, it’s really just the words and the font you present them in (laughs). For me, the essays are the most potent experience of craft that I have.

Is there one that comes easier to you?

Yeah, originally, I thought I was a really good writer, but that wasn’t working out vocationally. It wasn’t like I was getting hired to write, so then I learned how to perform my work. Privately, I thought I was a better writer than I was a musician. It just turns out that there was a commercial avenue to figure out how to get my rent paid. I did that for ten years. I got better at it.

Now I feel like, I don’t know, maybe the road to mastery in both has been slow because my attention has been divided. But for the past year, since I haven’t been putting out any music commercially, I’ve been writing a lot. I’m working on a manuscript that will be published next year and I’m feeling pretty slick, man. Feels good. It feels like I’m able to re-sharpen those blades. I’m really proud of the work that I’m doing.

It’s like I’ve found and rediscovered my adult voice. It has some humor in it, some melancholy, and lot of science is involved in the romantic stories I tell–studying the way the human organism works. How does dancing work to attract a mate? What is that exactly? Is there a relationship between the way men and women dance as an indicator of their hormonal levels? There is a way a dude moves his right knee that seems to be associated with his degree of testosterone. So, it’s been a lot of fun doing the research for this book and feeling like I’ve been able to sharpen a skill I really enjoy wielding.

You’re just as well known for your solo work as you are with Doomtree. How do you approach working with the band differently than working by yourself?

Collaboration doesn’t come easy to me. I think being pushed outside the limits of my own skills and my comfort zone makes for good work. Working with Doomtree is really different because we’re kind of like a seven (person) potato sack race or something. It’s moving a lot of people–trying to figure out when, how, and where our tastes overlap, which is very different than being at the helm of your own ship, but it’s a small ship.

Do you have any plans to record or release anything with Doomtree anytime soon?

I know there are some summer plans on the horizon, but I don’t know if they’re” on the record.” (If they aren’t), I’d get a knife in the neck!