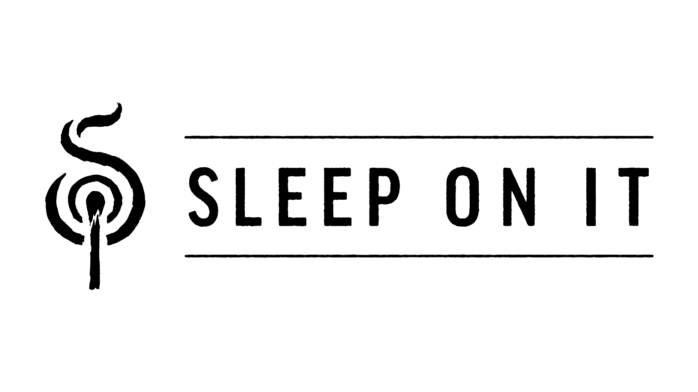 The guys in Chicago-based pop-punk quintet Sleep On It are in the midst of their busiest 12 months to date. They wrapped 2016 with the release of their Lost Along The Way EP, as well as with quick tours supporting Set Your Goals and Cute Is What We Aim For. They then kicked 2017 off by recording their hotly-anticipated full-length debut, before hitting the road for a pair of U.S. tours, one with Four Year Strong and another with As It Is. Any bystander could see that Sleep On It is heating up—but their journey nearly ended before it could even begin.

Formed in 2012 by guitarists Jake Marquis and T.J. Horansky, and fleshed out by bassist A.J. Khah and drummer Luka Fischman, the group began to make waves locally after working on a series of self-released EPs with Paul Leavitt, who played an integral part in early recordings from such similarly-inclined bands as All Time Low and The Dangerous Summer. The quintet started hitting the road and attracting label attention, but then everything came to a screeching halt when vocalist John Cass abruptly left the band in 2015. After a period of soul-searching, Sleep On It decided to soldier on, recruiting former Bonfires vocalist Zech Pluister. Their dedication and sacrifice paid off, as the revitalized band earned a record deal with well-respected indie label Equal Vision Records, who released Lost Along The Way in October of last year.

That kind of derailment could have split up other bands, but Sleep On It have found inspiration in their unexpected change of plans. “The past five years have absolutely been necessary,” says Horansky. “In some sense, it does feel like a new band, [but] we would not be who we are without John. I wouldn’t be the person that I am. I’m grateful for the lessons we learned in those early years.”

Sleep On It has since made patience their trademark. This fall they’ll finally release their long-awaited debut LP, a full half-decade in the making. They returned to Lost Along The Way producer Seth Henderson for five weeks last winter to create a currently untitled 12-song album that will undoubtedly serve as the band’s definitive creative statement. They even brought State Champs vocalist Derek DiScanio in to assist with pre-production, a session which Marquis says “really helped shape the future of our band.”

“It was truly an enjoyable experience,” Horansky confirms. “We also traveled to Nashville to write a song with Will Pugh of Cartel. We really pushed ourselves to make sure every track was up to the same standard.”

While Sleep On It will be gracing a Riot Fest stage for the third time in their still-young career this September, the festival actually played a huge role in the band even existing. Back in 2012, Marquis was a long-tenured member of a street team for a Alternative Press magazine, and Horansky had recently signed up for the same team as a way to meet more musically minded people in Chicago. Both volunteered to work Riot Fest that year, and a friendship was quickly forged.

“We bonded over our love for Yellowcard,” Marquis recalls. “A few months later, I convinced him to come jam with me.”

“He was very charismatic, and I could tell he was passionate about the music,” Horansky remembers about meeting his future friend and bandmate. “It’s safe to say Sleep On It would not exist without Riot Fest.”

For Marquis, a Riot Fest attendee since 2009, being able to play the festival in 2015 was “completely surreal. To watch the fest grow and then to play it was incredible. I try to not get too ahead of myself, but [for] certain things I can’t help but geek out a little.”

“I feel honored to be a part of this crazy little aggregation of debauchery and punk rock, however small of a part that may be,” Horansky elaborates. “When we reach milestones like that, I just think about all the countless hours we’ve spent practicing, writing, touring, handing out fliers… It’s a rewarding feeling.”

Even though Marquis is originally from Maine and Horansky hails from Cleveland, each has been in Chicago for nearly a decade, going through the highs and lows of early-adult life without the safety net of immediate family nearby. It’s that do-or-die attitude which informs much of what Sleep On It does, and continues to drive the band to push themselves further.

“Even though most of us are from different states, Sleep On It started as a Chicago band and have grown up in this scene,” Horansky says. “The local scene embraced us when we were awkwardly finding our footing as a band. They still continue to embrace us. At the end of the day, it boils down to the fact that our friends and fans here are incredible. We’d probably still be in a Logan Square basement without them.”

“The way the Chicago local scene has welcomed and supported our band has been amazing,” Marquis says, finishing his bandmate’s thought. “Nowhere but Chicago is home.”