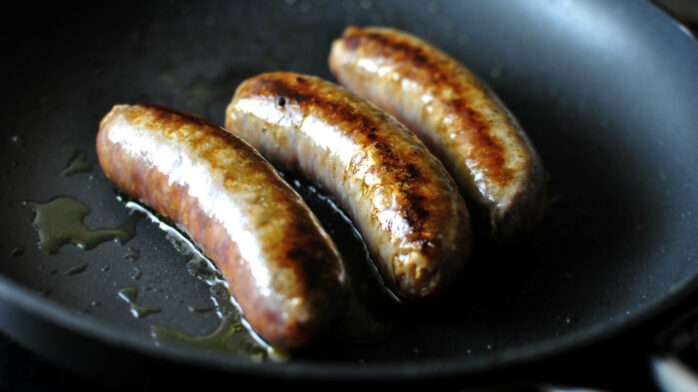 Sausages Are Falling From The Sky In Florida

Sausages are falling from the sky in Florida. At least they were for one South Florida family this weekend.

In an interview with ABC 10, Travis Adair, father of the Adair family, said they were awakened out of a sleep on Saturday morning to what sounded like thunder on their roof. “It was like thunder, and it awakened me out of a sleep,” Adair said.

It turned out to be 15 pounds of frozen Italian sausage. Sausage that landed on the roof of their house. “We got up, found two packages of sausage on our side yard, and then we were like, ‘OK, well, we got to go on the roof and check and see if we find more of this stuff,'” son Austin Adair said.

The packages were marked William Land Service, a land-clearing company based out of Alabama and they thought the Adair’s were crazy. “I called them and the guy had no idea what I was talking about and probably thought I was crazy,” Austin Adair said.

If anyone knows about the sausage falling on the Adair’s roof or has had sausage fall on their roof, please email [email protected]