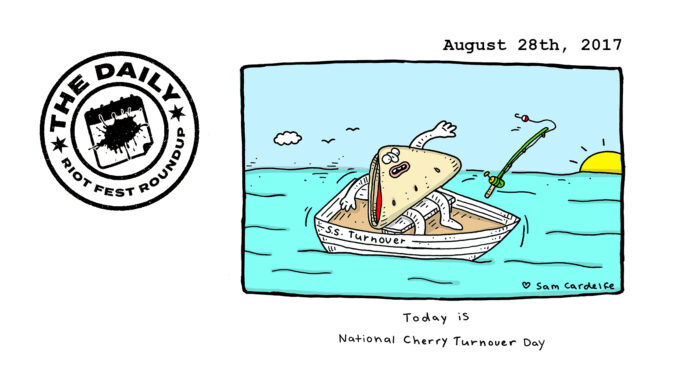 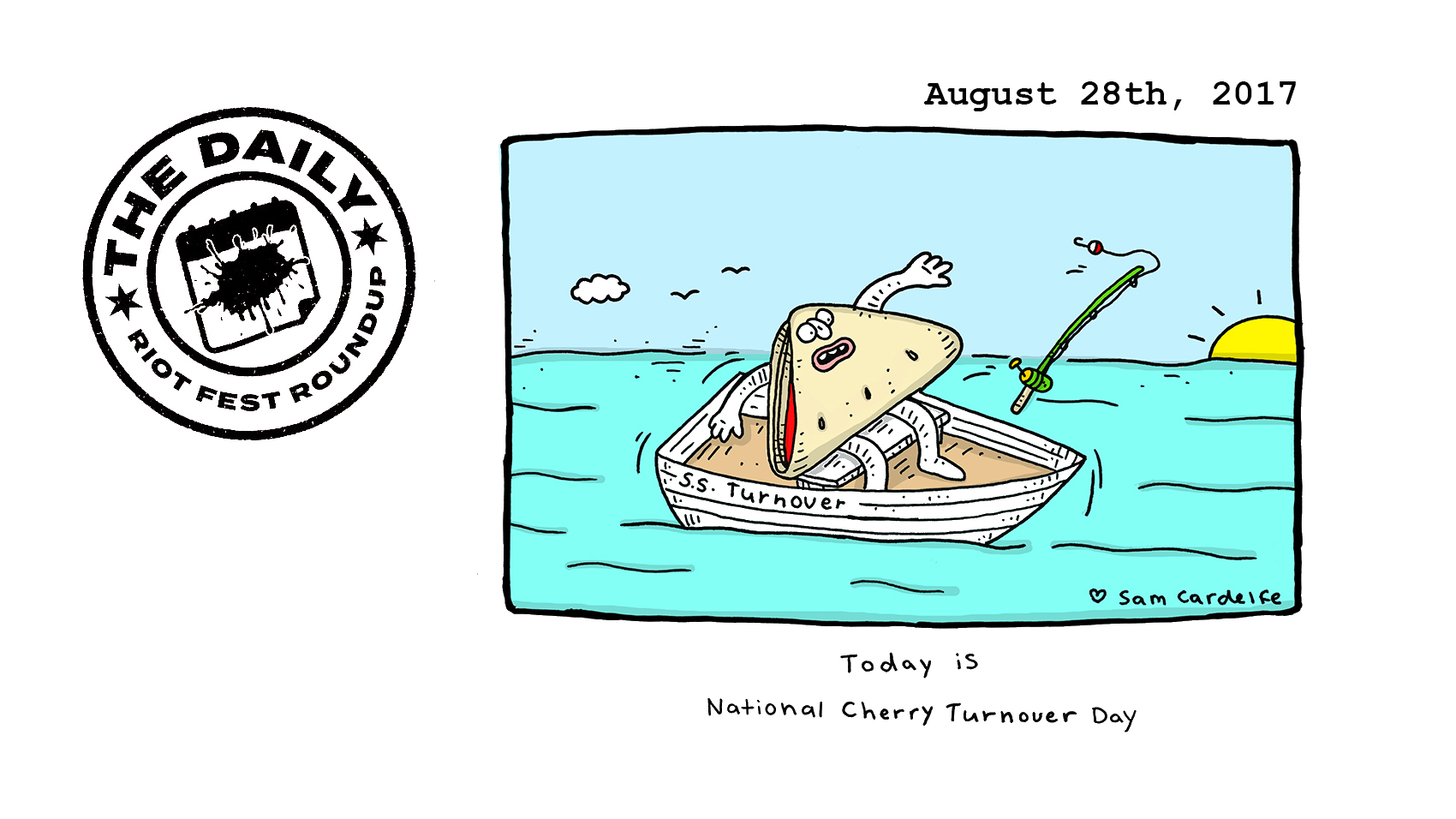 Happy National Cherry Turnover Day!! We hope you were able to celebrate with your family.

The first official teaser trailer for Super Troopers 2 was released today and you can watch it right meow. The movie is set for release on 4/20. Yes, that’s a marijuana joke.

There is a shortage of chicken wings and everything is terrible. 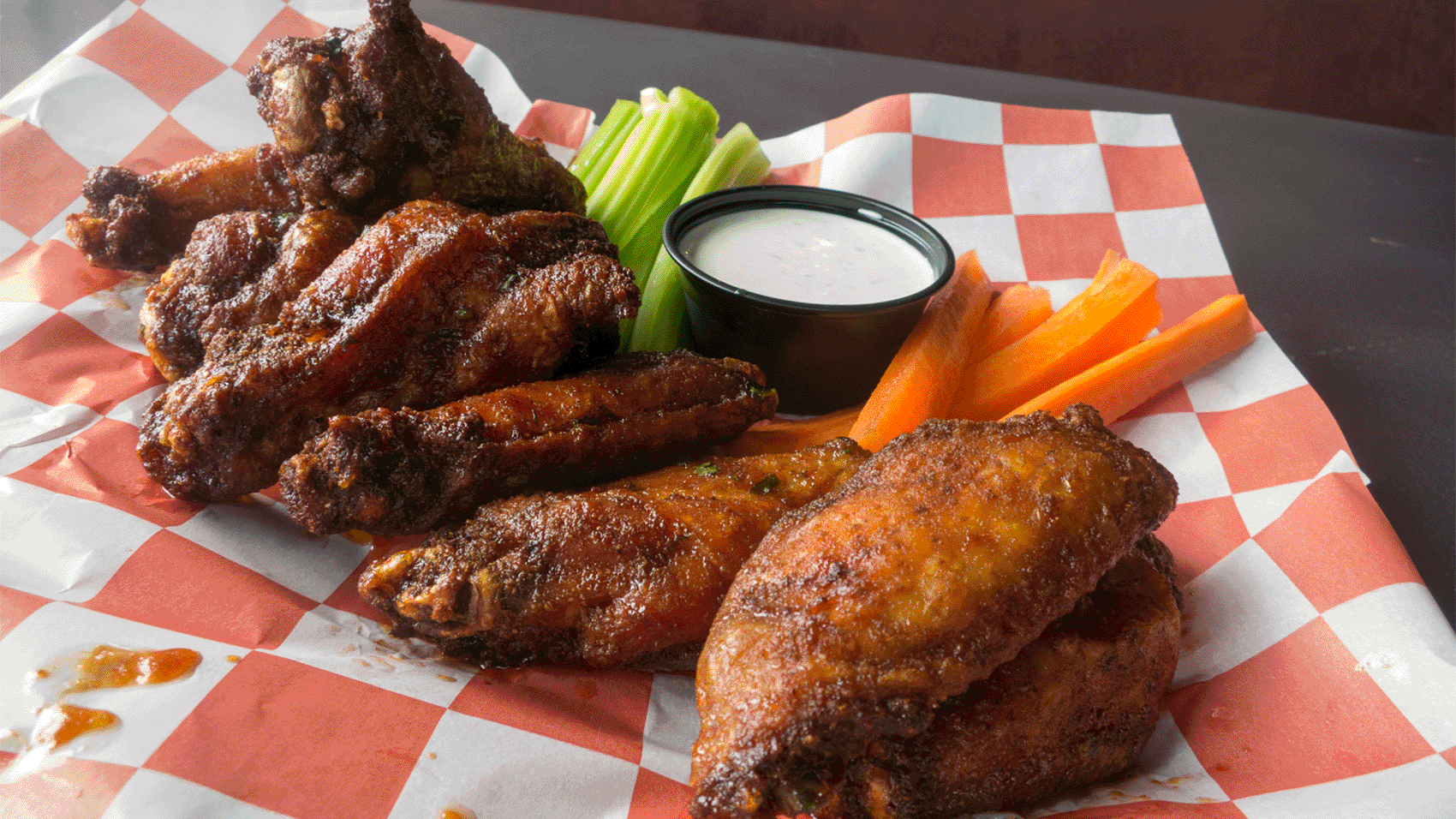 ICYMI: Queens of the Stone Age released its new album, Villains. You can stream it now, and yes, it’s awesome.

We did a podcast interview with CinemaJaw. You can listen to it here.

She’s great and it’s great. Both the person and the color.

WHO ELSE FUCKING LOVES PINK WOW!

Death From Above has some thoughts on that big fight from last weekend.

It took McGregor to make a Floyd fight a fun fight. That was incredible. Fantastic work fellas!

Check out The Hold Steady’s Craig Finn’s ode to his dog Rosalita from #NationalDogDay!

She came into my life 6 weeks ago and has already brought us so much joy. Thanks for being you Rosalita! Happy #NationalDogDay ! pic.twitter.com/o9ztqITavP