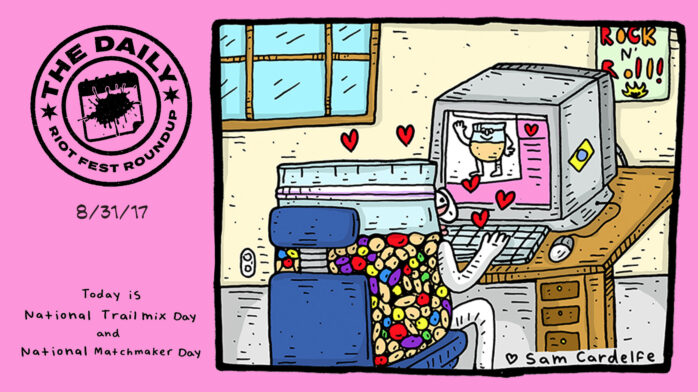 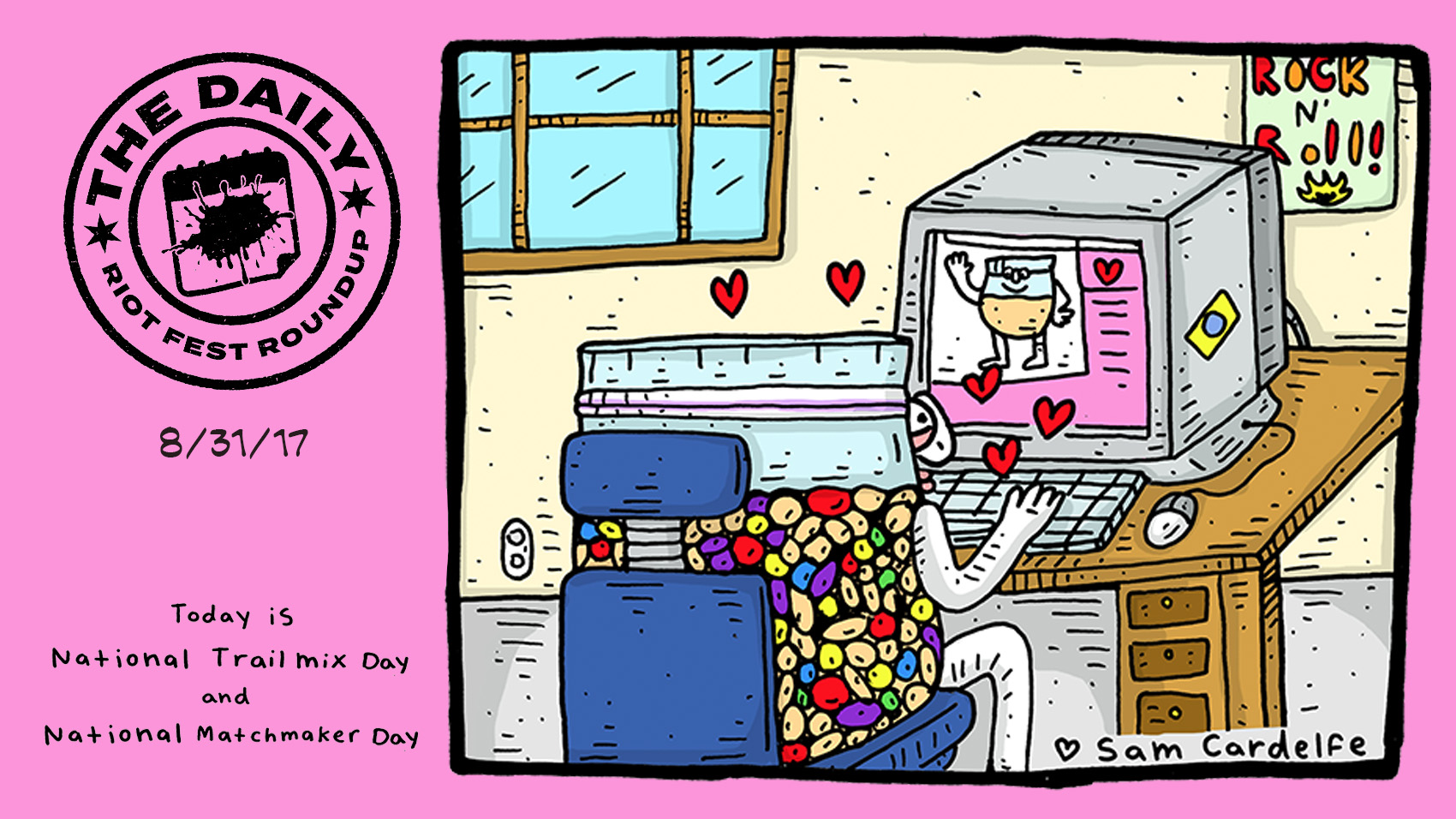 Today we premiered a song from Four Year Strong‘s new album, Some of You Will Like This, Some of You Won’t, and interviewed vocalist/guitarist Alan Day. The collection of B-sides and rarities, as well as stripped-down reimaginings of the band’s classic tunes comes out on September 8th via Pure Noise.

Buckle up, the soundtrack for It: Part One—The Losers Club is upon us!

UH-OH! Check out the trailer for the upcoming 21st season of South Park, in which our hero (Eric Cartman) sings “This Is How We Do It” because of course. 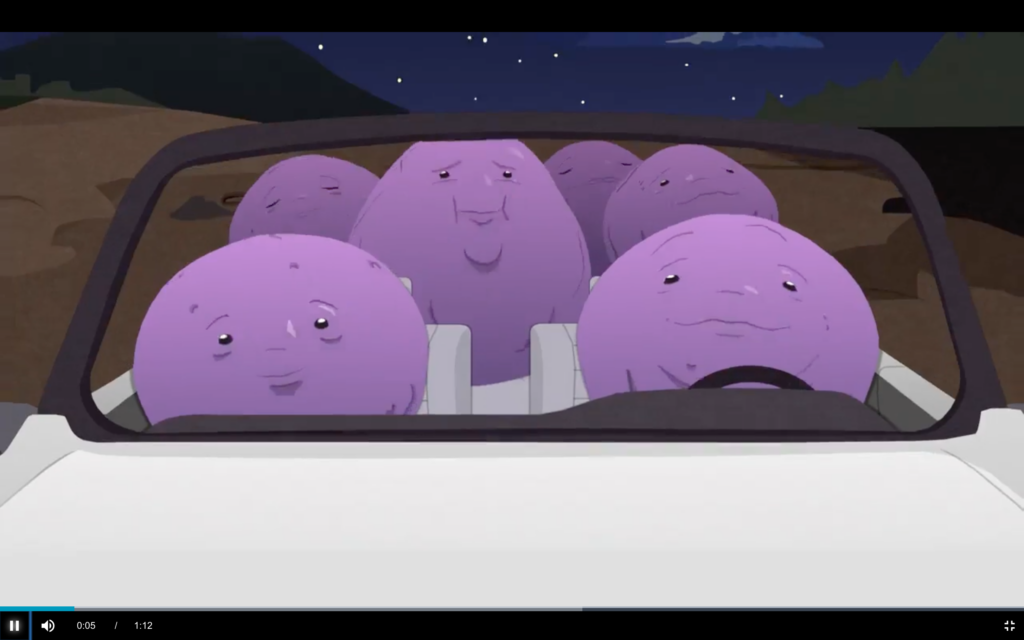 Thursday‘s Geoff Rickley posits the benefits of the brand new Brand New album, Science Fiction, on a brand new Vinyl Me, Please podcast. SPOILER ALERT: He likes it. And so does the record buying public, who totally fucking delivered and helped the band earn its first ever No. 1 record.

We forgot to mention that yesterday would have been Dave Brockie’s 54th birthday, had he not tragically passed a few years back. Brockie is better known as Oderus Urungus from GWAR. We sincerely apologize for yesterday’s omission, and beg Oderus’ soul to not come up from hell to terrorize us for it. Maybe re-posting GWAR’s new video will help our case? Pray for us.

Please buy this Blink-182 shirt, because all the proceeds will benefit Hurricane Harvey victims.

Sure Dessa, we’d love to have brunch with you!

This picture of Jeff Rosenstock holding a koala helps.

Speaking of helping, Dirty Heads could use some of yours…

Cop that At the Drive In swag at a discount right now!