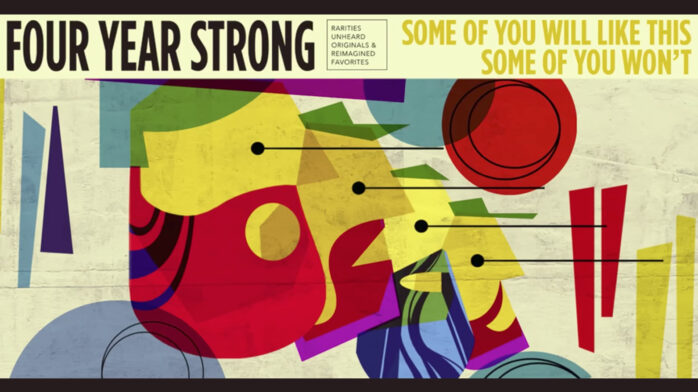 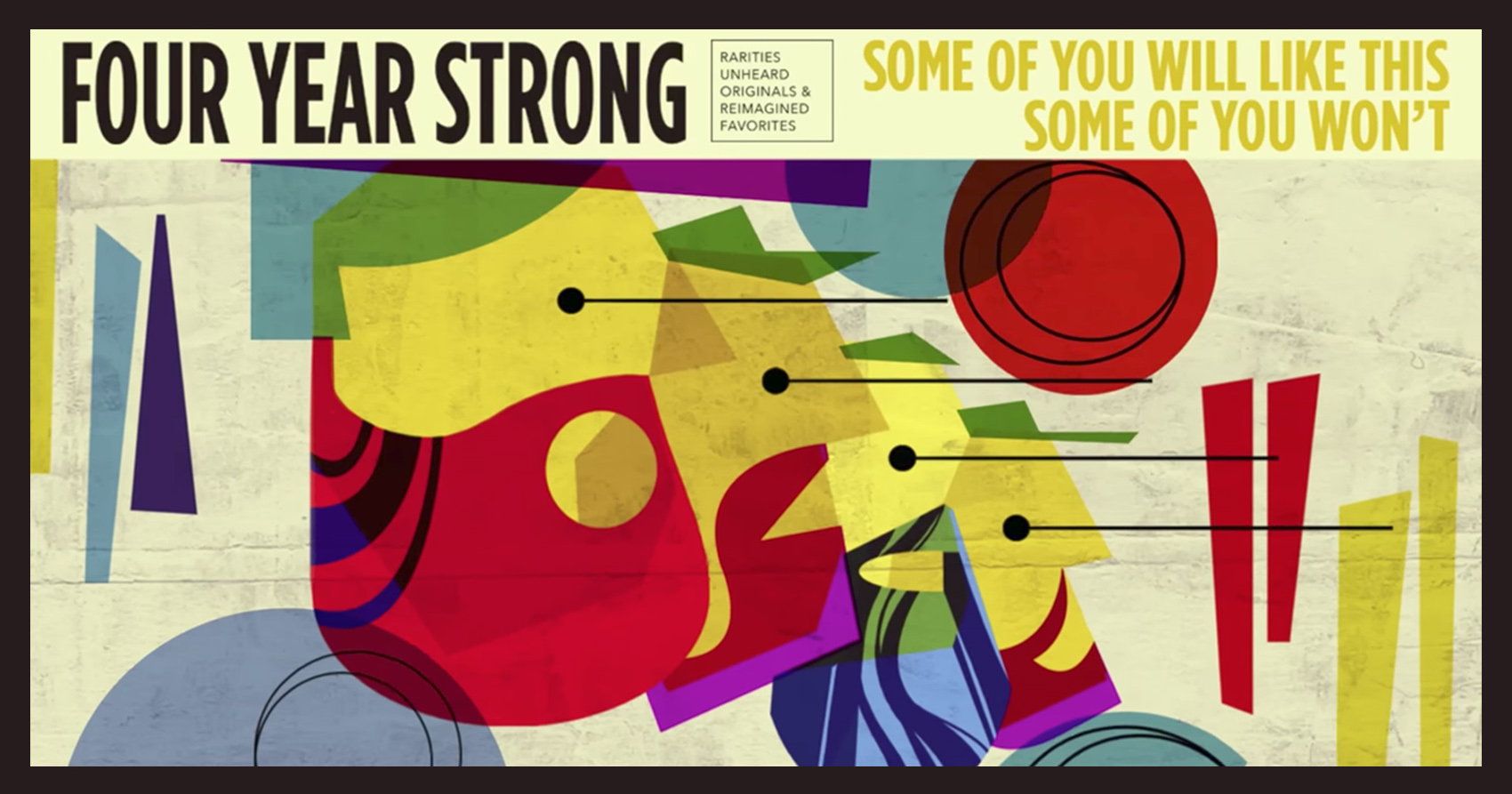 Four Year Strong releases a new record called Some Of You Will Like This, Some Of You Won’t on September 8th. Pure Noise is releasing it, and it’s a so-called “odds-and-sods” collection of rarities and previously-unheard tunes, plus stripped-down and reimagined versions of fan favorites. We’re guessing that some of you are pretty stoked on this, while others may not be so enthused.

We’re stoked to bring you this super chill version of “We All Float Down Here” from the band’s 2015 self-titled record for the first time ever in the history of the universe. Then scroll down, because we asked Four Year Strong vocalist/guitarist Alan Day about stripping down for the new album, and if they’ll be stripping down for Riot Fest.

Honestly we’ve always joked about releasing an album of all of the slower, ballad-like songs that we’ve written over the years and calling it something stupid like The Softer Side of Four Year Strong, but never thought we’d actually do it! But we’ve done a lot of acoustic performances over the years and have gotten good responses to them, so we pretty much decided to mash the two together and do some acoustic old songs along with B-sides and rarities. The the whole “acoustic” idea got a little crazy when we got into the studio, and we just ended up giving each song its own personality. It was a lot of fun putting this album together and it felt like a good time in our career to do something like this, mostly because “why the hell not?” We wanted to do it and it was fun!

Who came up with the name for the record, and why?

Dan actually said it jokingly in an email thread with our label and manager, and everyone pretty much responded with “thats actually pretty awesome, lets go with that”.

What songs in your catalog did you particularly think needed re-imagining? Can you walk US through the process of any specific ones?

We could have done it with any of our songs really, we had a very long list of potentials going. It’s a lot of fun to take a song that’s already written and just have fun with it and do whatever you want. Writing music is one of the best things in the world, but it can be stressful at times when you have deadlines and expectations. So doing something like this, where the songs are already written and you just get to have fun and create something entirely new around it, is really refreshing. Each song we ended up choosing had an initial inspiration stylistically (we’ll let the audience guess what each one might be) and then kind of just rolled with it and took it whatever direction it felt like it needed to go. Usually it started with Dan and I on acoustic guitars figuring out a new tuning or key or chord progression, and then the ideas would start flowing, and next thing you know we have fuzz guitars, glockenspiel, and arpeggiated synths all in the same song.

Do you think you could ever do an entire album with acoustic guitars, or is this something you could only imagine for this project?

Definitely not. Even this album isn’t only acoustic guitars! Being restricted to something is never fun or inspiring. Maybe we will take this album and apply it to our normal music in some small way. Maybe not.

What should people expect from your set at Riot Fest? Thinking about busting out the acoustics mid-set?

I don’t know if we’ll have time for any acoustic stuff, its hard when you have so many albums out to do everything we want to do. Getting old sucks! But you can expect us to put on the best show our old asses can possibly handle, and you might even catch one of us break a hip!

Four Year Strong plays Riot Fest’s Radicals Stage on Friday, September 15th at 3:00pm, alongside Sleep On It, State Champs, The Story So Far, Mayday Parade’s full album play and A Day To Remember. Git your tickets here while the gittin’s good! 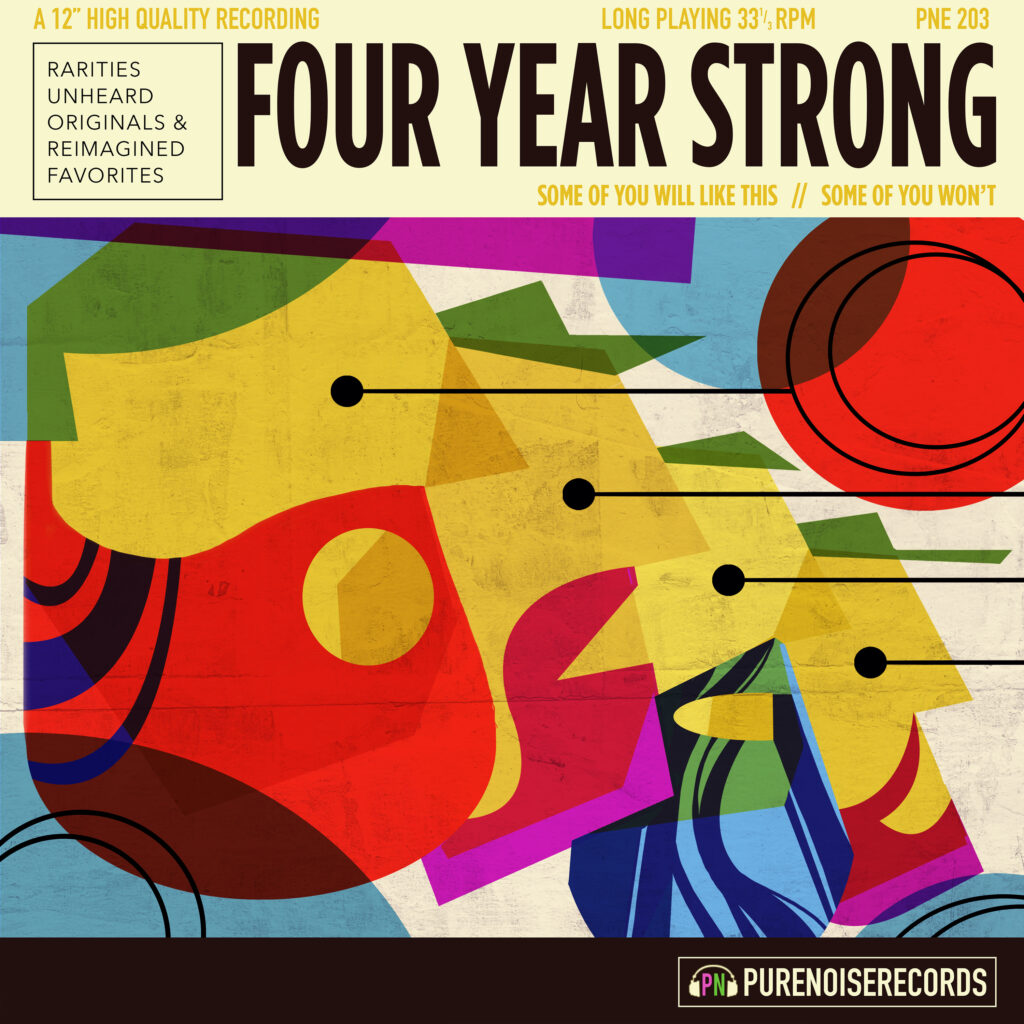