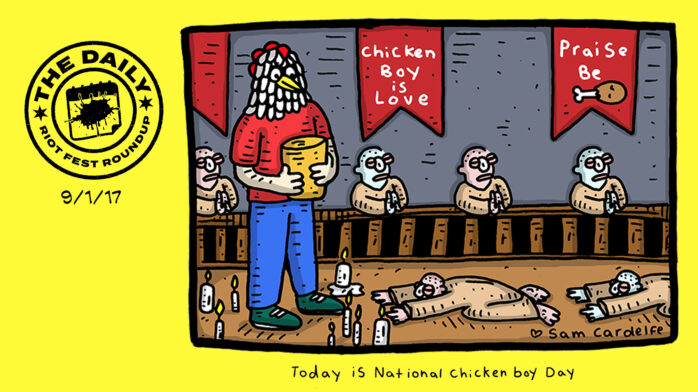 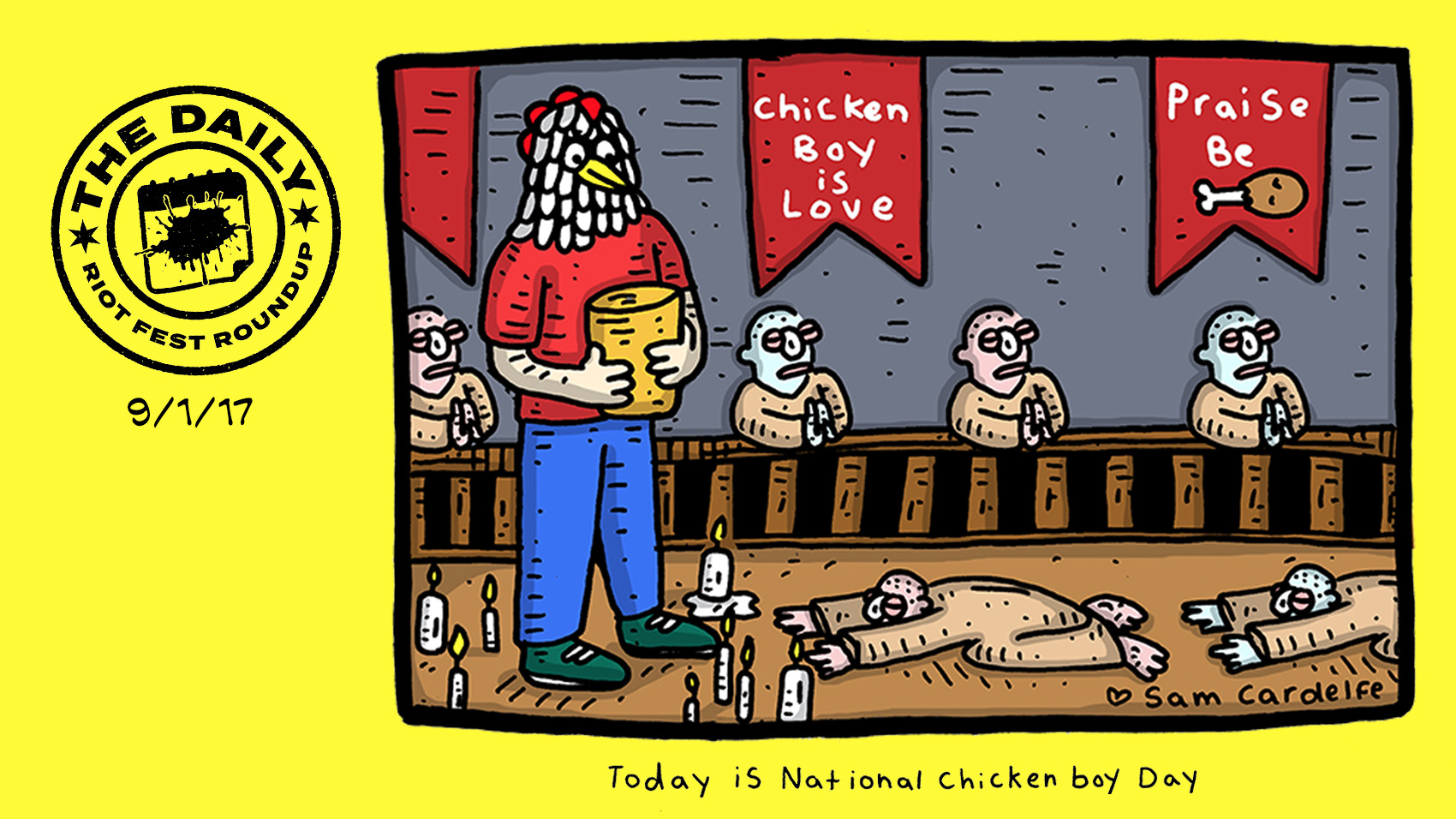 Today is the 20th anniversary of the release of Tubthumping, that Chumbawamba album with that one song. We’re not going to embed the video here, because who’s got that kind of time?

Now Motörhead, on the other hand, is a band that stops time. And apparently defies it as well with today’s posthumus release of Under Cover, a collection of cover songs that the band recorded before Lemmy left this mortal coil.

Speaking of new shit, Death From Above released “Holy Books,” another new song from Outrage! Is Now, their new album that comes out on September 8th.

Speaking of Mastodon (or was that the voices in our head?), the metal masters just dropped “Toe To Toes,” which is one of three Once More ‘Round the Sun outtakes featured on a new EP called Cold Dark Place.

And last—but certainly not fucking least—Misfits guitarist and certified vegan Doyle Wolfgang von Frankenstein, Misfits guitarist and certified vegan, has been nominated in the this year’s Hottest Vegetarian Celebrity Contest, held annually by PETA. We shared his recipe for a No-Bake Layered Cashew Cheesecake with Chocolate Sauce today, because according to Doyle, “Being vegan is metal AF.” OK, we’ll agree here, but just this once.

According to Doyle, ‘being vegan is metal AF’. You can vote for Doyle here, and check out his recipe for a No-Bake Layered Cashew Cheesecake with Chocolate Sauce below

When that ska hits pic.twitter.com/rLMzlqT3b1

Afterwards, I shook Method Man's hand while we were loading out & he ran off into the night yelling WORRIERRRSSS a la The Warriors.

Pikachu, free will is an illusion; I can choose no one, all behavior is determined.

Death From Above mastodon motorhead the misfits White Mystery