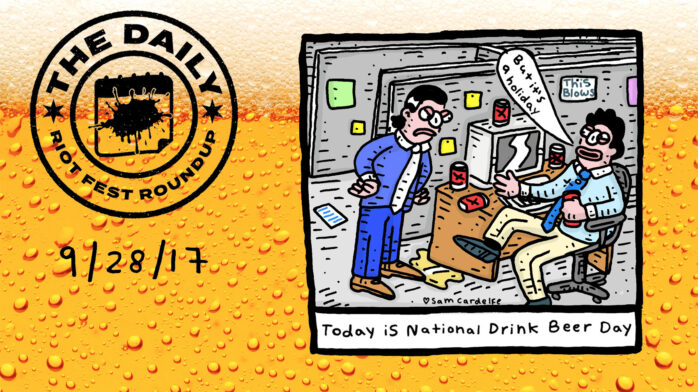 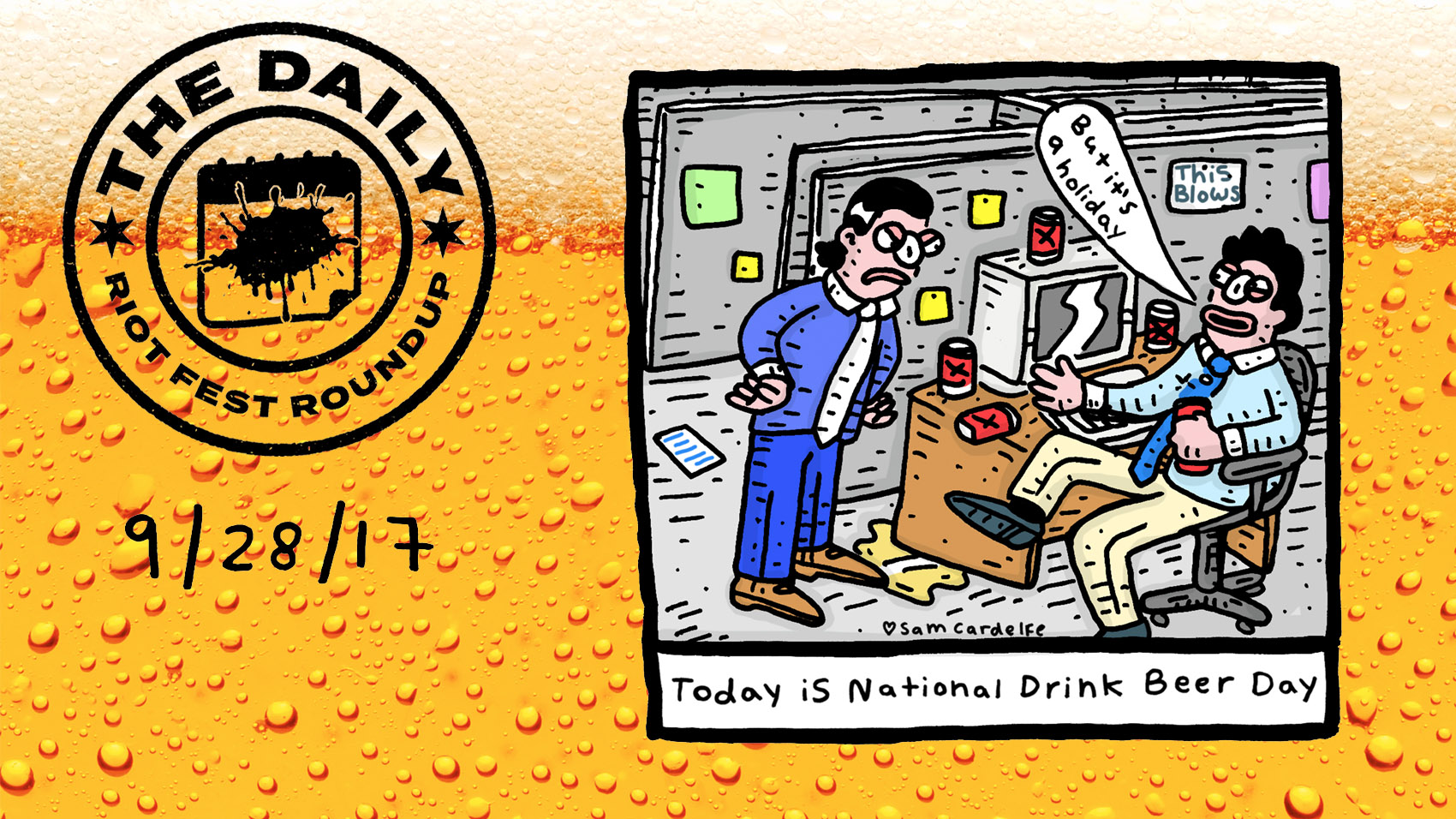 Sleep on It released a new song today—”Window” from the upcoming Overexposed album, which comes out Equal Vision on November 3rd and is available for pre-order here. And hey! They’re looking for you to star in their next video!

Check out this amazing gallery of wide shots from Riot Fest 2017.

Confused by all the emo rap that’s going around these days? Fret no longer, dear readers, for we have…

Peaches released a new video and, of course, it’s not even close to being safe for work. And that’s just the way we like our Peaches. Check out the “Dumb Fuck” video right here, folks.

Speaking of new videos, LIARS has one as well! Check out “Staring at Zero,” friends.

In honor of her Against Me! show this Saturday at the Concord Music Hall in Chicago (with excellent support from Bleached and The Dirty Nil; limited tickets still available here), Laura Jane Grace covered “The Best Ever Death Metal Band in Denton” by the Mountain Goats and you can hear it here. That’s definitely why she covered the song. Not because Merge Records is putting together a tribute album out of the Mountain Goats’ 2002 album, All Hail West Texas. Nope, no chance that this is the reason. None at all.

Line up announced! Tix on sale! Great day! // get tix at https://t.co/1Av46xU9T7 pic.twitter.com/1zHXcxYFAa

That shit is for the birds!

aw shit. tonight i’m laying down vocals for a new Wandering Birds track for the new record. i excite.

3rd wheeled w/ my grandparents at dinner last nite, took em to the Greek tonight. they are the best date i will ever have, probably.

against me liars peaches sleep on it