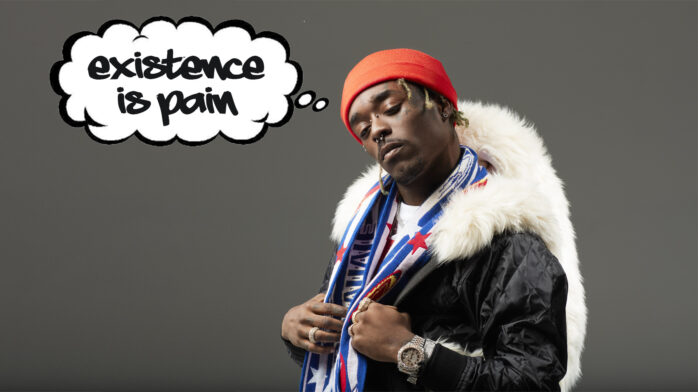 Emo rap is the new hip buzzworthy term to describe a movement of SoundCloud rappers who mix trap beats, indie rock samples, and open sentimentality. Emo bands from the ’90s through the aughts seem to be a touchstone for these MCs because of their diary-like emotional content and knack for melody. As a fan of old emo, it’s fun (and a bit amusing) seeing these new rappers be identified alongside the bands I grew up loving. If you’re like me, but lacking the knowledge of these rap acts, you might be a bit unsure about where to start. Luckily, we’ve provided a guide to help you find some new rappers to enjoy by pairing them with their emo brethren.

Lil Uzi Vert’s biggest song right now is “XO Tour Life,” an incredibly downer club banger about a dying relationship with an overly maudlin and catchy chorus that’s perfect for the dead eyed kids who fetishize misery (“push me to the edge/all my friends are dead”). However, this song doesn’t scratch the surface of his best skill set: a keen pop sensibility and a knack for hooks while speaking of the business of misery. Uzi is a confessional and evocative singer, not unlike like Hayley Williams from Paramore. It’s telling that one of Uzi’s favorite songs is Paramore’s “Ain’t it Fun,” because he’s tried repeatedly to make a song like that for himself—one that could be completely comprised of hooks and exuberance. That’s Uzi to a T.

The devil and God are raging inside Peep’s music. As the most obvious combination of emo rock with rap—sometimes to middling effect—Peep tends to make what can feel like a karaoke playlist of bands we all liked the first time around. That said, he has an effective sound that can be similar to the somber strum of teenage glory (like “Soco Amaretto Lime”) or full of rage and intense emotion (like “Seventy Times Seven”). I compare Peep to Brand New because they both have a lot of highs, but can leave you wishing there was more there.

Trippie Redd is something of a mixed bag. There are people (like myself) who love him enthusiastically and others who find him to be a rehash of other artists and styles that have come before. Much like Saves The Day, you can’t help but sing along with him, even if at times you feel a little embarrassed. It’s all dependent on what you look for in an artist—sometimes you want something innovative and sometimes you just want damn good songs.

Lil Tracy is so highly influential and original that there’s a good chance that many of your favorite SoundCloud rappers bit his style. While he doesn’t have the lyrical prowess of early Taking Back Sunday, he does possess the emotional turbulence of their quieter, slower records. He’s basically the “MakeDamnSure” of rap artists: not the best, written or musically, but solid with plenty of bright spots to tie you over.

Yachty is to the emo rap scene as Simple Plan was to the 2000s emo scene. They were pop stars who borrowed heavily from the cliches associated with emo to sell records to teens. If that sounds harsh, it’s only meant to be a little; Simple Plan made good songs, even if I roll my eyes at their overdramatics.

I'm a writer of pop culture and bad takes. Searching for meaning and a good slice of pizza in a cold world. I also make an ass of myself on Twitter sometimes.