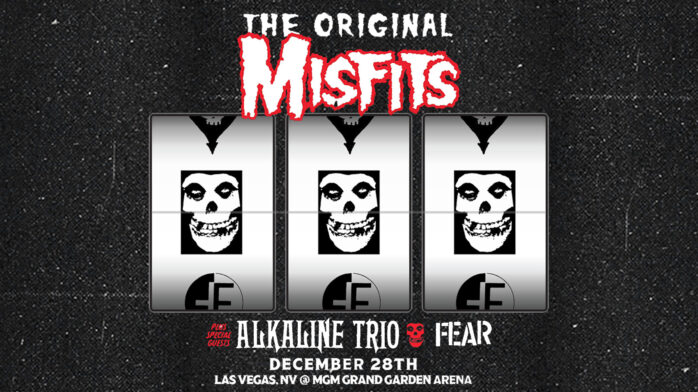 Put it All on Black: The Original Misfits are Headed to Vegas with Alkaline Trio 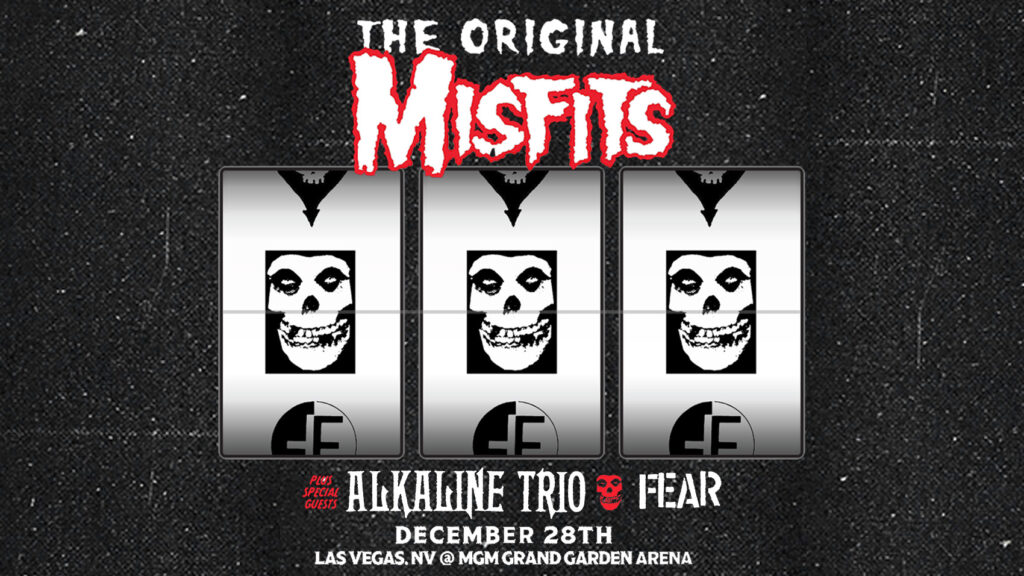 Q: What’s black and white? What’s red all over?
A: The ad mat for the Misfits/Alkaline Trio/FEAR show in Vegas that was just announced today!

It was reported that The Original Misfits’ December 30th show at the Fabulous Los Angeles Forum was to be the band’s only show of 2017, but then it sold out in one fucking minute. So Glenn Danzig, Jerry Only, Doyle Wolfgang von Frankenstein and [drummer] are letting it ride—today it was announced that the band, along with Alkaline Trio and FEAR, will roll the dice for a full house at the MGM Grand Garden Arena on Thursday, December 28th.

Tickets go on sale here this Friday, September 29th at 10:00am PDT. If the Forum’s immediate sellout is any indication, the odds of you being able to procure tickets for this show are greatly increased if you set a reminder for said date and time. Hopefully you get your tickets then, but don’t forget to be tenacious and patient, as ticketing cues are always a gamble.