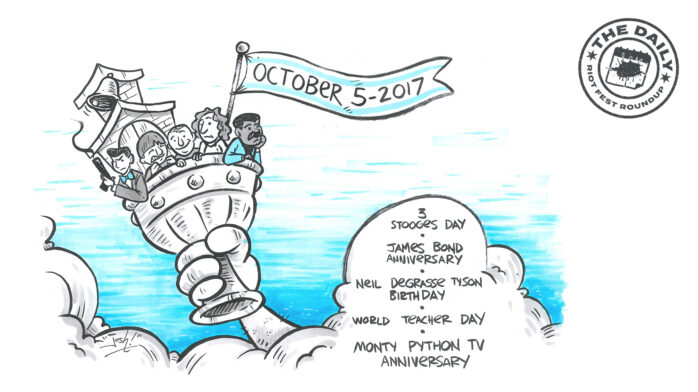 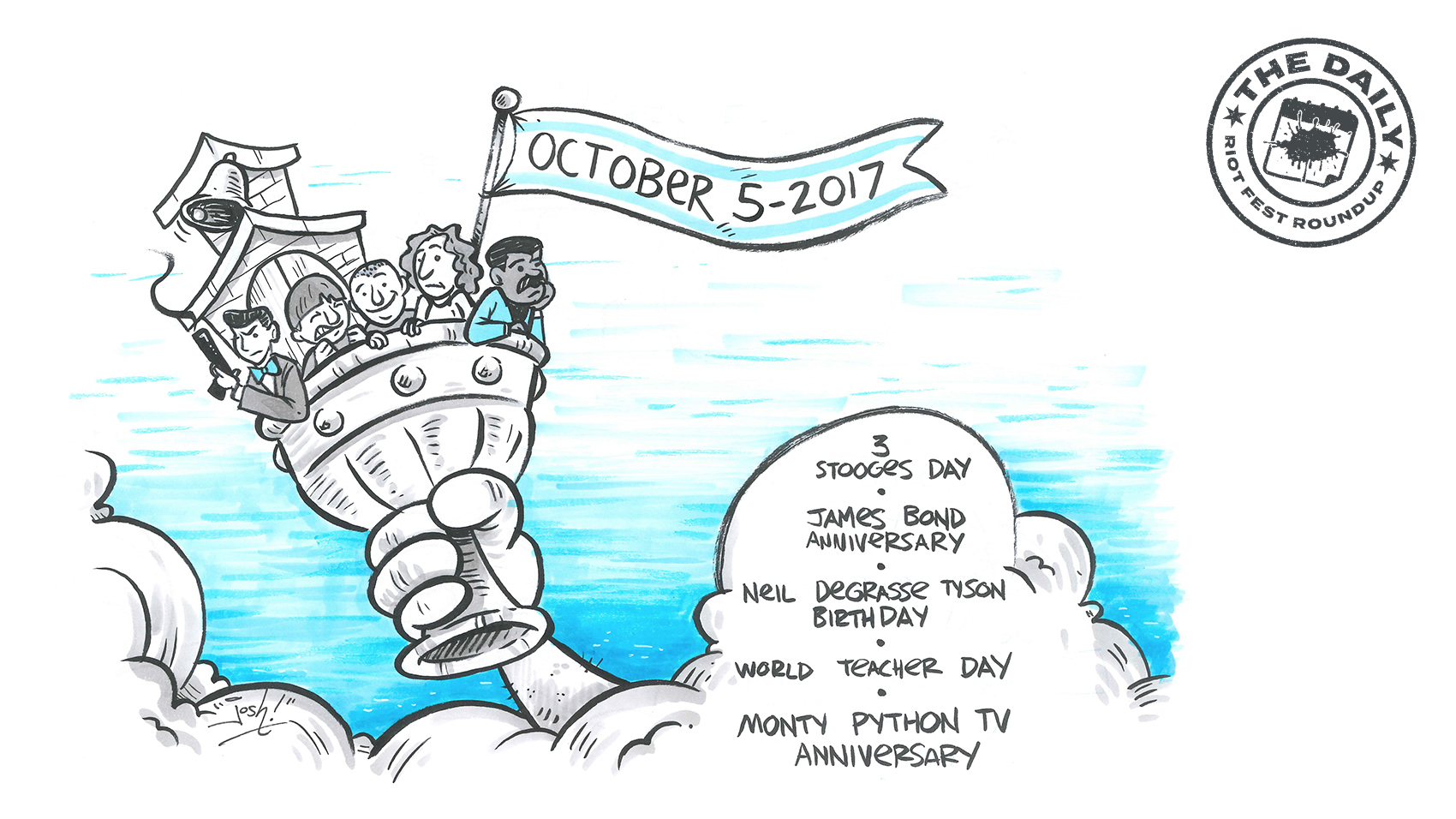 Our festival merch sold out during the festival, but we ordered more, friends! Get it all before somebody else does and then you’re not as cool as them! Stock up at RiotBrand.org. 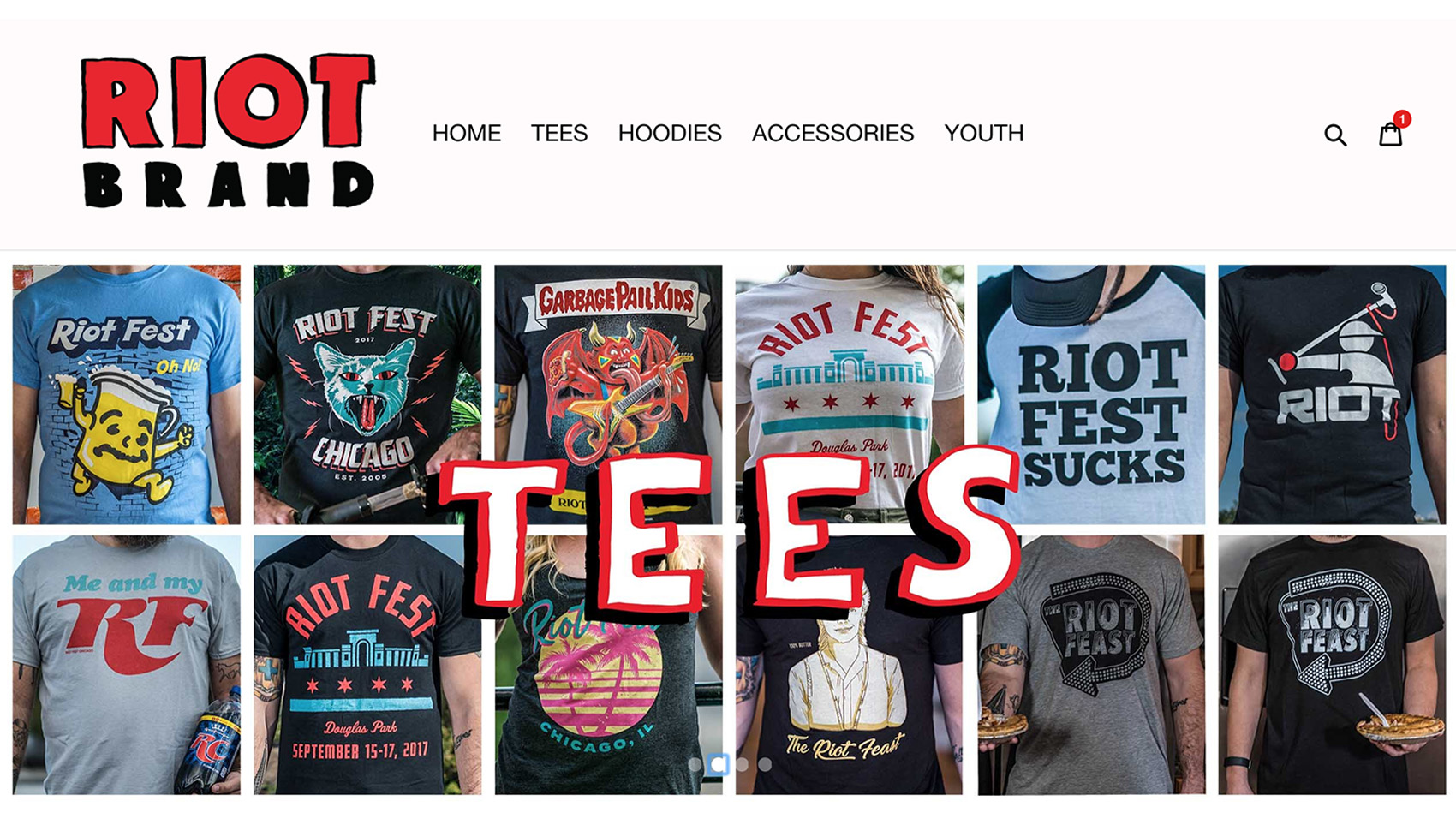 Santa Is Dead. Santa Remains Dead. And We Have Killed Him.

And speaking of the brass ring of the Rock Hall, here are a couple of great Tom Petty covers from this week.

Against Me! is “Running Down A Dream”:

While Kesha heads “Into the Great Wide Open”:

It’s been a banner week for new music from ’90s alt-nerd-ative bands. First it was the Breeders, then yesterday we got the Rentals, and today Weezer blesses us (because we sneezed because we’re nerds) with “Weekend Woman,” from their forthcoming new album, Pacific Daydream, due out later this month.

PunkNews.org premiered a new video from Juiceboxxx. It’s hard to explain this dude, so just watch for yourself. He’s awesome, that’s for sure. “Destruction and Redemption” is from Freaked Out American Loser, out now via Dangerbird.

In honor of the new album M A  N   I    A (I just like typing that), Fall Out Boy just released a… Bluetooth-driven light-up fidget spinner, of course! Order yours now on their webstore before you get distracted and forget!

No, Benmont Tench, thank you.

I just want to thank everybody for everything they’ve written. For all the love for Tom, his family, and all of us. It counts. A lot. Xxo

Thank you, Dan Ozzi. You get your hands dirty so we don’t have to.

just wanted to have them all in one place pic.twitter.com/Mb7GD25ViL

You should listen to Paul Collins. You’re welcome.

Happy birthday, Automatic for the People!

Thank you Laura Jane Grace, for getting her hands dirty, we should all get ours dirty too!