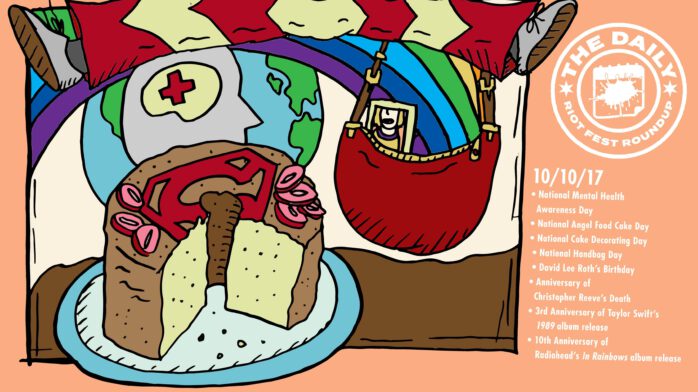 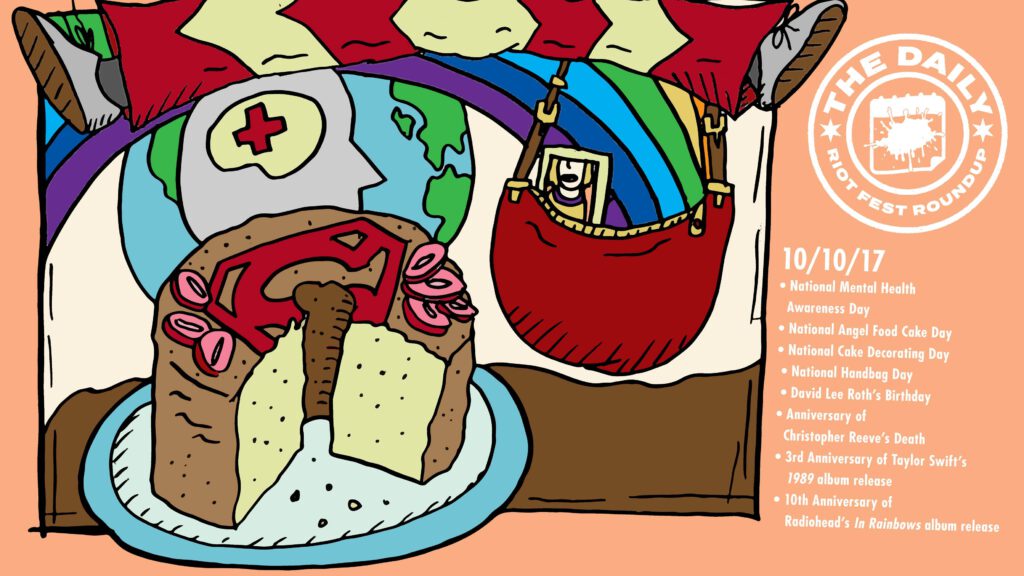 The Official Trailer For ‘Star Wars: The Last Jedi’ Is Here

We interviewed Iron Chic ahead of the band’s new album on SideOneDummy!

This latte is goth. as. fuck.

This Latte Is Goth As Fuck

File Under: HUH?! You can now buy Beck‘s new album, autographed by none other than… M.C. Hammer, of coruse!

Check out this massive 137-track benefit compilation for #VegasStrong…

The Dirty Nil were just featured on NBC’s Last Call with Carson Daly. The show, which awesomely films bands playing in their natural habitats—club stages, rather than soulless TV studios—featured the band alongside Taran Killam and Reginald Hudelin. Watch the whole episode here, or just check out our favorite Nil jam, “Wrestle Yü to Hüsker Dü,” below.

Marilyn Manson has a new video starring Johnny Depp, and it’s NSFW (Not Safe For Wesley, that weirdo that always creeps over your shoulder at work, he’s very sensitive).

Did you know that Gerard Way from My Chemical Romance has his own imprint at DC Comics? Pretty cool! Pretty, pretty, pretty cool…

MILK WARS! Our first DC Young Animal crossover event! Characters from the Young Animal world will be teaming up with characters from the DCU in what could only be a crossover Young Animal style. Starts in January. Cover by the brilliant Frank Quietly and interior art by ACO. Written by Steve Orlando and myself. Extremely excited for this. Milk Wars: Chapter 1 is JLA/Doom Patrol Chapter 2 is Mother Panic/Batman Chapter 3 is Shade The Changing Girl/Wonder Woman Chapter 4 is Cave Carson/Swamp Thing Chapter 5 is Doom Patrol/JLA #DCYounganimal #DCComics #MILKWARS #JLA #DOOMPATROL #NYCC

Each Radiohead album described with Spongebob https://t.co/mCCuQLd0TR is perfect in so many ways….

Riot Sauce could be the next big thing.

Wondering how your favorite emo bands got together? Neither are we. But if somebody asks, you can reference the Anthology of Emo.

Anthology of Emo: Volume One, a collection of interviews in one 376 page book available now for preorder. Learn more https://t.co/OWCGuin9Ps pic.twitter.com/AjifAJDwCZ

We’ve embraced this recent Twitter meme, and we think Diarrhea Planet may have taken the urinal cake.

Death From Above is heading out on tour soon.