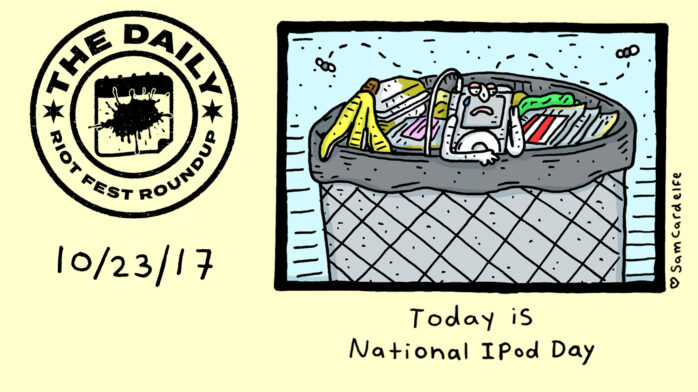 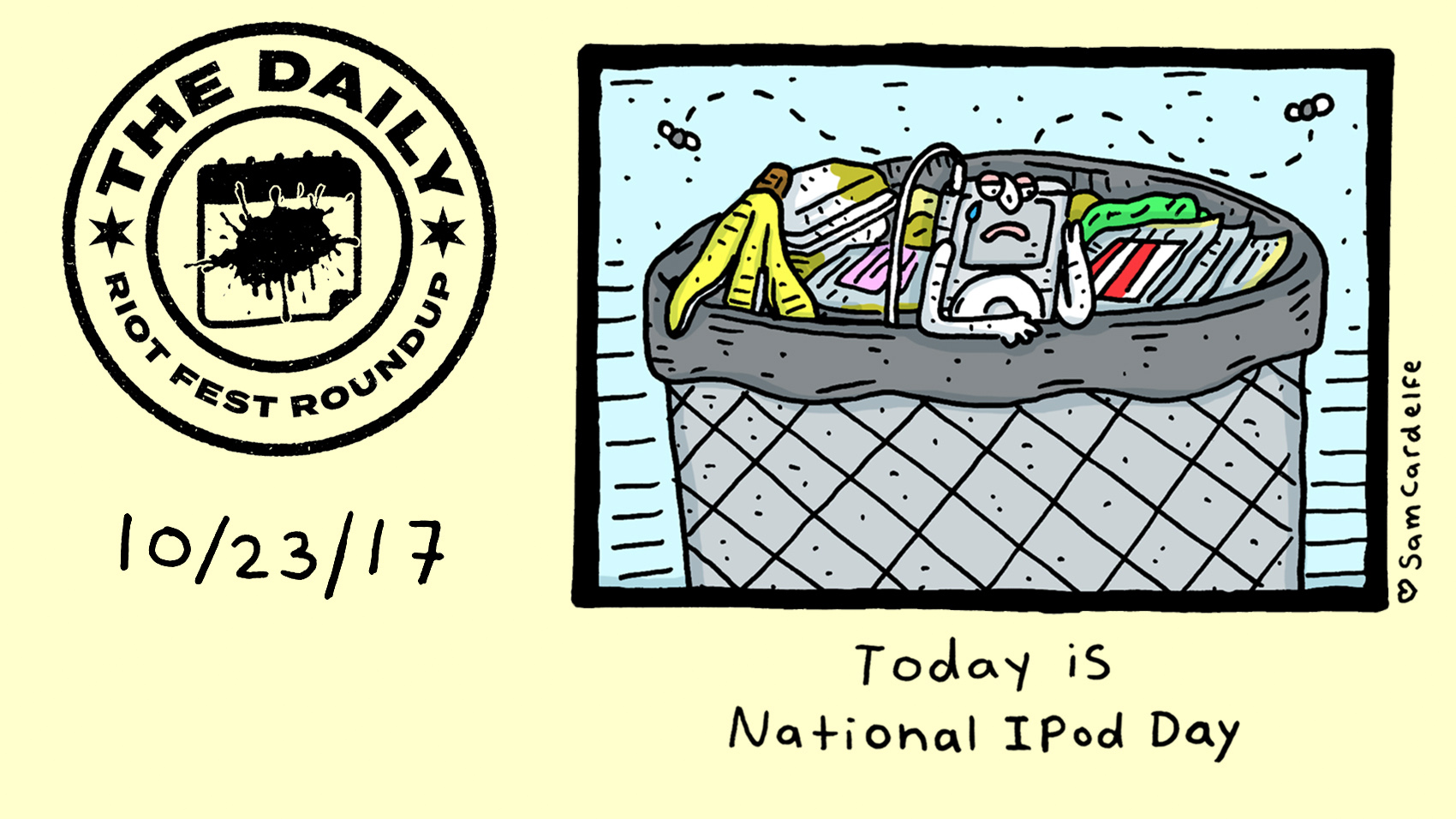 Sincere Engineer‘s Deana Belos shared some of her big influences with Consequence of Sound the other day, and in return the publication premiered her new video. Sounds like a fair deal to me. Sweet video, too, check it out!

There’s a new video from the National! Check out “I’ll Still Destroy You,” or I’ll destroy you (I will not destroy you, nor anybody).

Jesse Malin celebrates Halloween with a cast of Characters (with a capital “C”) on his home turf—NYC’s East Village—in the fun new video for “Meet Me at the End of the World.” The very catchy song comes from last summer’s EP of the same name, and Rolling Stone interviewed the (forever) young man about various things and bits and pieces and all that jazz.

Direct Hit! and PEARS have a split LP called Human Movement due out November 3rd on Fat Wreck Chords. To promote it, apparently the label gave them a bunch of mind-altering drugs and a camera to make a series of goofy videos. Naturally, they’re hilarious. PunkNews.org has all of them embedded in a row if you care/dare. We’re not nearly as cool, so here’s one. Deal with it.

Apparently they are now teaching The Replacements as part of music history courses at major universities. https://t.co/JHIPlmmEEV pic.twitter.com/PZVRxeCFrF

Bring your sick grandmother to Cobra Lounge on Sunday for the League of Nations Traveling Medicine Tour, and maybe the gang will cure all of her ailments too! And just to get ahead of this one, “I’m sick of my grandson’s whining” is not a curable ailment.

Got a #LeagueOfNations tour update: Edwin and Jose just helped an old lady who was having a stroke and bought a sandwich for a homeless guy.

The guys in Grayscale are now officially millionaires!

Our song "Atlantic" hit over 1 million views on @spotify. We are speechless. Thank you 🎉 pic.twitter.com/MwfbqIEXA4

Uhh, you know what else makes a great weapon, B? Actual weapons.

STOP YELLING AT ME!

YESTERDAY WAS INTERNATIONAL CAPS LOCK DAY. CANT BELIEVE WE MISSED IT!!!!! GONNA DO SOME YELLING TO MAKE UP FOR IT https://t.co/3blpxzUQ5k