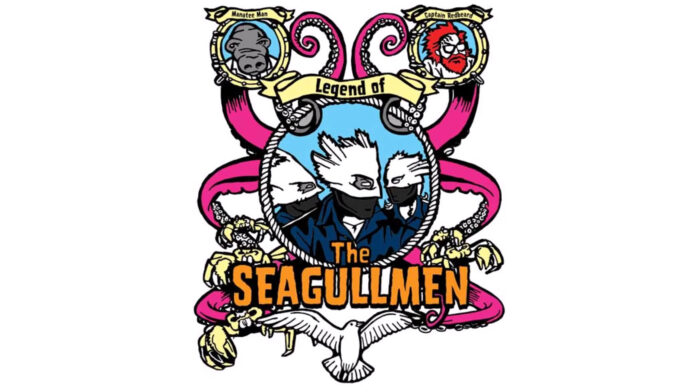 The Legend of The Seagullmen, a “wacky nautical-themed supergroup” featuring Mastodon frontman Brent Hinds and Tool drummer Danny Carey, as well as OFF!’s Dimitri Coats and movie director Jimmy Hayward (Horton Hears a Who, Jonah Hex), who serves as the project’s producer, will be making their live debut in Oakland on New Year’s Eve at Primus’ annual New Year’s Eve concert. (That is a sentence I never thought I’d have to type).

In 2015, they got together to record a few songs, but this will be their first public performance.

You can listen to Legend of The Seagullmen’s track called “The Deep-Sea Diver” above.

Tickets for the debut of Legend of The Seagullmen and Primus’ A Goblin New Years New Years Eve Party on December 31st in Oakland, California are on sale now.