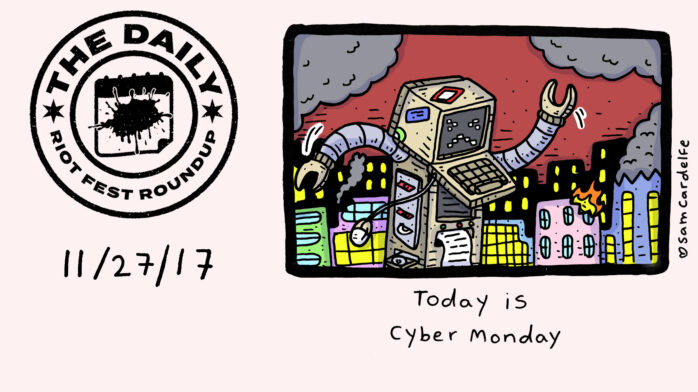 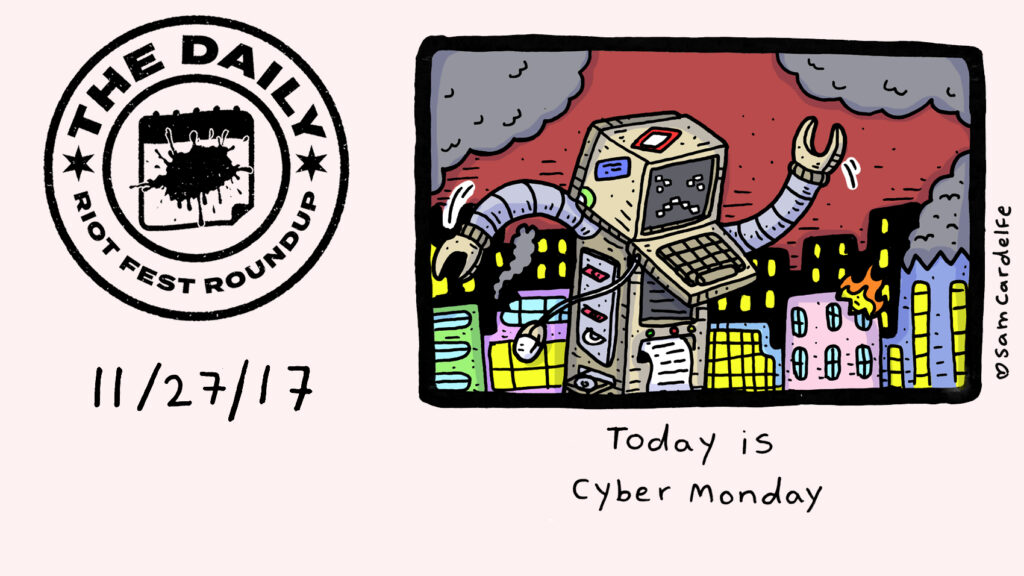 Last day to save on the shit we’ve been peddling your way, namely super cheap Holiday Presale Tickets for Riot Fest 2018, and our spiffy line of holiday swag! Don’t forget the Secret Satan Box for all of the loved/hated ones on your list.

Thanksfully, The Hold Steady appears to still be a recording artist!

Glitter Is Going To Kill Us All. Some Scientists Want It Banned.

Science Says We Should Be Taking Naps At Work

Need some advice on your musical career? Don’t look at me. Look here.

Sounds like The Hold Steady‘s Craig Finn needs to get out of the house more. Good thing he’s going to Brooklyn Bowl this week (see above).

Just asked my dog Rosalita if she's ever dreamed of The Dogified Scene, so yeah I'm excited about the THS shows this week! Massive Nights ahead! pic.twitter.com/agxjKNxI88

Do not attempt to adjust your monitor, despite all the star power on display in the following images.

Now It Can Be Told: The gentleman who informed me and @Lin_Manuel that we were both getting stars on the Hollywood Walk of Fame was none other than… Mr. Larry David. pic.twitter.com/Rcn4bDFxGp

Go buy all of Toby’s Red Scare crap if you’re not going to buy ours, weirdo.

Tomorrow is Cyber Monday and we'll be selling all sortsa weird shit. Shall we start at… 10am ET? Good talk. pic.twitter.com/gi4TDhCHJG

Is Robert Smith cooking up something big for The Cure's 40th anniversary next year? https://t.co/Mgcd3dA42M pic.twitter.com/VxA8CRdhs5