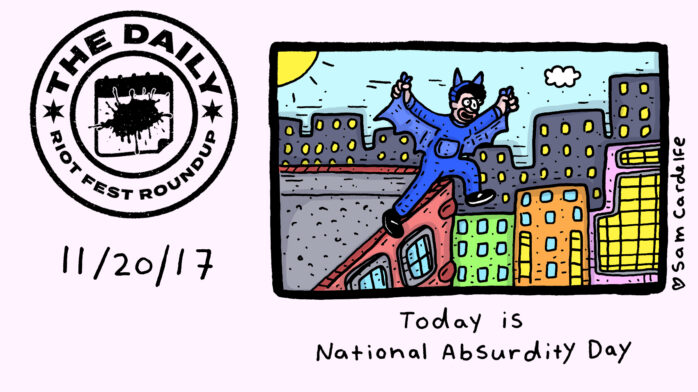 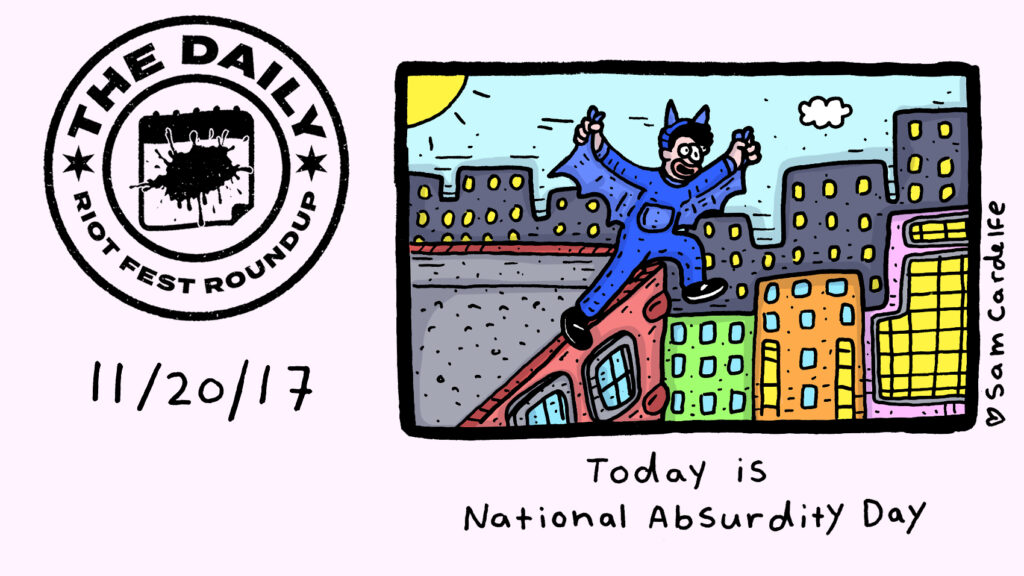 Trigger warning for rock ‘n’ roll purists! Remember when Lars Ulrich’s boneheadedness led to a potentially classic Metallica album having no bass guitar in the mix whatsoever? Sorry… too soon?

Block ‘n’ Roll High School: The Genius Behind A Proposed Ramones Lego Set Puts It All Together For Us

You know the cool backing band on the Chris Gethard Show, with the drummer that looks like (and is) Mikey Erg? Well, they have a name. They’re called the LLC, and they’ve just released a couple new songs via Uproxx.

Why don’t you go ahead and check out new music from Franz Nicolai, the keyboard player from The Hold Steady and awesome mustache wearer?

YouTube is currently performing the new GBH album in its entirety.

Tommy Stinson’s Cowboys in the Campfire are out on tour as we speak. Tommy and Chip are so excited to play for you that they painted their guitars metallic pea.

chippy and i want to thank ya'll for coming out to the heavy metal shop in salt lake city! we had a hoot!
see ya next time! #itsfuntohavefun pic.twitter.com/YIIVX47eKj

Riot Fest: we bring the people together.

Pluggin' away at shit on Friday night; email comes in. I assumed this guy wanted a refund, haha. THE kindest words. pic.twitter.com/hgWEMz86KY

It is a sad day in rock and roll. Malcolm Young was my friend and the heart and soul of AC/DC. I had some of the best times of my life with him on our 1984 European tour. He will be missed and my deepest condolences to his family, bandmates and friends.

Tom Morello has been wrong before. Not this time.

ME: Joe, about halfway through the speech, I’m gonna wish you a happy birth–
BIDEN: IT’S MY BIRTHDAY!
ME: Joe.

Happy birthday to @JoeBiden, my brother and the best vice president anybody could have. pic.twitter.com/sKbXjNiEjH