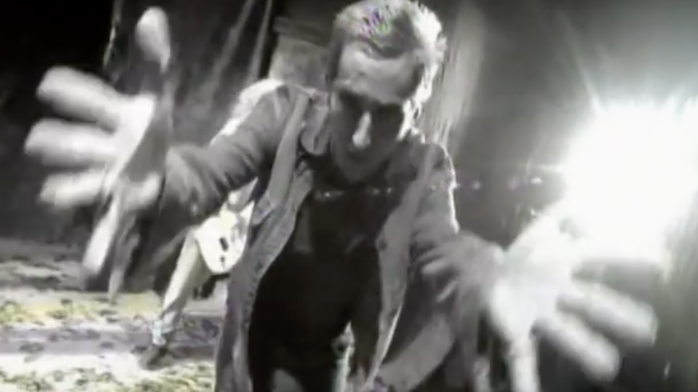 I was among the seemingly few people on earth who didn’t get the news about Kurt Cobain’s death from the impressively composed Kurt Loder. I usually watched at least two hours of MTV every afternoon when school let out, but that day I was driving my parents’ Civic to Taco Bell, half-listening as one of northeast Ohio’s many butt rock stations churned out their trillionth double-shot of “Heart-Shaped Box” and “All Apologies.” When the latter segued without comment into “Serve the Servants”—the first song on In Utero and notably not a single—my mind quickly pinballed from, “Sweet, finally something different” to, “Oh shit, something’s wrong.” As an avid reader of Rolling Stone, Spin, AP, and any local alt-weekly I could get my hands on, I was well aware that Cobain had OD’ed in Rome just a month earlier, perhaps intentionally. An infinite three minutes and 36 seconds later, the DJ confirmed my worst fear. It is not hyperbolic to suggest that, for millions, something had forever changed that day.

If that seems like too grandiloquent a notion for a story about to suggest that Alter Bridge aren’t the most ludicrous band on the planet, I hear you. Not to mention, you may not count yourself among those aforementioned millions, faulting Cobain for mainstreaming the likes of Melvins, Pixies, the Vaselines, Earth, and others for a generation of steakhead jocks who Ruined Everything. And that’s interesting terrain to explore, but in our maiden voyage of I Dare You To Listen To, we’re focusing on both the immediate and eventual aftermath of Cobain’s suicide–that is to say, the era of rapidly proliferating corporate post-grunge. Or, what Spin editor Charles Aaron memorably dubbed “scrunge.” Some of which is, surprisingly, not totally useless!

I have a friend base that spans the entire spectrum of Local H appreciation. I know three people who have seen them at least 15 times, and I know three people who think “Bound for the Floor” is the worst song of the ’90s. Both factions are each, in their own way, crazy. (Soundgarden, in their prime, justified double-digit concert attendance, yet produced the actual worst song of the ’90s in “Spoonman.”) But a happy medium lies in this video. You can give it four minutes of your life, never listen to Local H again, and still think, “Pretty funny, plus it had a great hook!” From 1998’s concept flop Pack Up the Cats, “All the Kids Are Right” offers charmingly awful CGI, replicating guitarist/vocalist Scott Lucas and drummer Joe Daniels as every imaginable participant in your everyday, run-of-the-mill club show: bouncers, merch jockeys, starry-eyed fans, and stagehands, as well as the actual band, fucking up so badly that “when we had returned for the encore / you and half the room had headed for the door / no one wanted more.” Self-awareness: it can be a good thing! (Occasionally!)

On the other hand, everybody likes this band’s early singles. Dial up “Plowed” or especially “Molly” on any bar jukebox, and somebody will unironically yarl along to either chorus (respectively “In a world of huuuuuman wreckage” and “Sixteen candles down the dra-yay-yain”). But the Detroit five-piece’s debut album is actually best experienced in sequence. The title track—just as catchy as either radio hit—is about G.G. Allin, which is cool, right? But the ensuing three-song (Christ, I’m actually gonna do this) suite that is “Giants,” “Neenah Menasha,” and “Miles” (the latter a Robert Frost homage) showcases hypnotically epic songwriting that the band would never be able to reproduce once members began to abscond. (Today, only frontman Vinnie Dombroski remains from the original lineup.). There’s a lot of cutoff shorts and some goofy Thom Yorke-lite gyrating going on in the above video, but if you latch onto the actual song, you can be just as annoying as me when you drunkenly try to convince your friends that this album beat the living shit out of Third Eye Blind.

Nothing is cool about liking this. Here are just five of maybe 35,000 reasons:

1) Lakini is a “goddess who presides over chakras,” and even without knowing that, the title is gross.

2) “I rushed the ladies room / took the water from the toilet / washed her feet and blessed her name” is almost as nasty as “her placenta falls to the floor,” a line from this band’s most beloved song.

3) I’m the biggest Helmet fan you’ll ever meet, and the lead riff even embarrasses me.

4) Ed Kowalczyk wears a black silk button-down, clasped once, at his navel.

5) Anonymous men and women enter an underground club, take numbers, strip down to boring underwear, and writhe around dispassionately on a round bed like an extremely awkward and uncool Eyes Wide Shut.

But the chorus: hot damn! LET ME RIDE! BURN MY EYES! Plus, Ed eventually takes his shirt off to make all the poor extras feel better. This is my favorite Live song. Fuck “Lightning Crashes.” “Watery” guitar effects suck.

Kinda cheating here. OLP’s debut LP, Naveed, came out in Canada a month before Cobain’s death, but didn’t hit the States until a year later. Anyway, for a while, this band was the Great White North’s version of Live, down to the pseudo-mysticism and sporadic falsetto. Like Sponge, they were very good at blending memorable arpeggiated leads with inclusive, reaching-for-the-stars choruses. Points off for the lead singer being named Raine; points regained for deriving their moniker from a poem by Mark Van Doren, the father of scandalized Twenty One contestant Charlie Van Doren (for all 10 of you Quiz Show fans). See, bet you thought “Our Lady Peace” was some wack religious reference. The only Jesus action on Naveed comes in the form of the greatest quatrain ever comprised by human hand, via “Supersatellite”: “I’ve read the Bible / I’ve read Dylan / I’m reading people now / because it’s much more chilling.”

Sorry, kids. Couldn’t bring myself to fête Bush. Bush never wrote a good song — which is impressive, because they had like eight zillion of them on the charts between 1994 and ’96. Institute was a Gavin Rossdale one-off supergroup that nobody cared about, but Chris Traynor of Orange 9mm and Rival Schools lends an urgent staccato lead on this track, which successfully distracts the frontman from his usual, lame wannabe-Kurt moaning.

I couldn’t think of anything nice to say about Candlebox either, but frontman Kevin Martin makes an awesome, out-of-nowhere cameo in the bridge of this metalcore band’s chaotic Botch-meets-RATM slammer. Seriously, it’s cool. (You totally trust me as somebody that can tell you what’s “cool” at this point in the feature, right?)

I know this is Creed + the ding-dong who takes over Steel Dragon at the end of Rock Star, but this song is pretty goddamn—dare I say it? I dare!—triumphant. Love the Cornell-esque cooing leading into the bridge, but this is really about every facial expression that Guitarist With Chin Strap Beard makes through his delightfully ludicrous 30-second solo.

You’re not supposed to make fun of kids, I get it, and these dudes were 15 when Frogstomp came out, so let’s just say they’re no Noisem (whether they’re no Unlocking the Truth is up for debate). This song is way less shitty than “Tomorrow.” Yeah. That’s my big endorsement. “There’s people cryin’ / there’s people dyin’.” Love lyrics that are accurate and topical. PURE MASS-EEEEEEEEEEE-CRE.

Mistakenly categorized as nü-metal due to their entire career being tied to Fred Durst; accurately characterized as “bad.” IRREGARDLESS, the singer putz chilling with his kid is nice, this is by far the least blatantly idiotic song on their first record, and I like harmonic riffs. And I’m not the only one. According to Wikipedia, “Guitar One magazine named Doug Ardito’s ‘Blurry’ guitar harmonic riff as one of its ‘Top Ten Riffs of the Decade.’[citation needed] ” You, me, and especially Guitar One magazine are still breathlessly awaiting that citation.

Hesitant to call them “post-grunge” (they’re more alterna-pop, right?), but they’re from the Pacific Northwest, so fuck it. Art Alexakis has written some next-level bad lyrics, but at least these are well-meaning (“We will never find a place where we can just fit in /  me and my black girlfriend”). Bonus points: Unlike “Santa Monica,” this song employs more than one chord!

Ending with this just because of the title. STP sans Weiland + Richard Patrick from Filter. This song would have fit perfectly on Tiny Music. I probably would’ve been better off using this space to extol the virtues of that album’s 12 songs, if “Art School Girl” weren’t so awful. But I digress. And (mercifully) depart. See y’all in the OLP pit, homies!