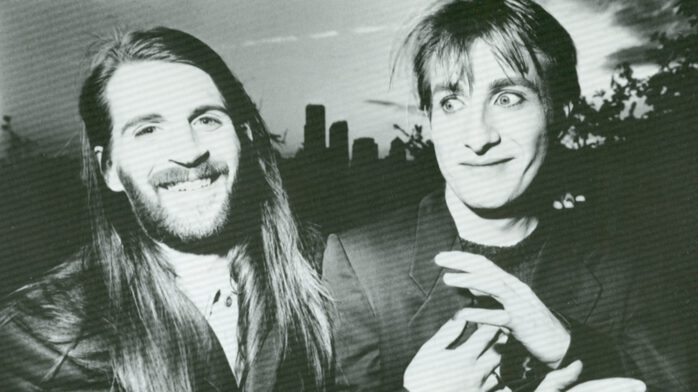 In Honor of Dead Moon, Here are Five More Bands’ Bands From the Pacific Northwest

Last week, Dead Moon founder Fred Cole died, and rock music lost one of its greats, although the vast number of rock fans on earth had no idea. Like Cole’s other projects, Pierced Arrows and the Lollipop Shoppe, Dead Moon was a quintessential band’s band, whose work reached far more listeners secondhand, through their influence on big name fans like Pearl Jam, than ever picked up one of their albums.

With its history of small, intently DIY music scenes that periodically explode into global popularity (grunge in the ‘90s, Portland-centric indie in the aughts), the Pacific Northwest is a goldmine of groups who were happy to make music for themselves and the few people who got them while bands like Nirvana and Death Cab for Cutie borrowed their ideas on their way to platinum success. In tribute to the late, great Fred Cole, here are five more legendary band’s bands from the PNW.

Brian Eno was famously quoted in a 1982 interview that the Velvet Underground only sold thirty thousand albums, but everyone who bought one started a band. Olympia, Washington’s Lync probably sold far fewer copies of their sole long-player, 1994’s These Are Not Fall Colors, but their sales-figures-to-influence ratio might be equal to the Velvets. The album’s blurry, impressionistic take on post-hardcore was an understated influence on second wave emo and early aughts indie rock, and made such an impression on bands like Built to Spill and Modest Mouse that they scooped up Lync’s members for collaborations after the trio quietly split.

Outside of the Pacific Northwest, Vancouver’s contributions to the region’s music scene are basically a footnote, but in the 90’s PNW indie scene Mecca Normal were about as big a deal as Black Sabbath. The duo–vocalist Jean Smith and guitarist David Lester–formed in 1984, well before punk begat indie, and took punk’s no-rules playbook so seriously that they didn’t even have a rhythm section. The pair’s handcrafted lo-fi minimalism influenced everyone from Beat Happening to Nirvana, while Smith’s ability to transition from singsongy pop melodies to transfixing Patti Smith-style spoken word poetry became the blueprint for the whole first wave of riot grrrl.

It’s a rule that every music scene of consequence has to have at least one band that was massively locally famous but was either unwilling or unable to find the same audience away from home that their peers did. Nearly every band connected to the Olympia indie scene who went on to rock stardom gave Some Velvet Sidewalk a shout out at some point, but odds are if you haven’t ever wondered what was up with the band with the goofy name who seems to be on the bill of every important Oly punk show ever, you’ve probably never actually heard their music. Which is a shame, considering how fucking stunning their Gang-of-Four-goes-twee masterpiece “Mousetrap” sounds.

More people know about the Gits because of singer Mia Zapata’s brutal 1993 murder–which has been the subject of multiple true crime TV shows–than the couple of records they released through the small Seattle label C/Z Records. In its own way that’s almost as much of a tragedy as Zapata’s death. On songs like “Second Skin” made concussively tuneful, no-frills rock ‘n’ roll as powerful as anything the Wipers or Dead Moon ever made.

When Dylan Carlson’s band Earth dropped their three-song, 73-minute-long 1992 LP Earth 2 they were considered a particularly loud and esoteric grunge band. In the 25 years since, the steadily rising popularity of doom metal bands who’ve studied the album like unholy scriptured has revealed that they were actually pioneers of ambitious, cosmically heavy music.