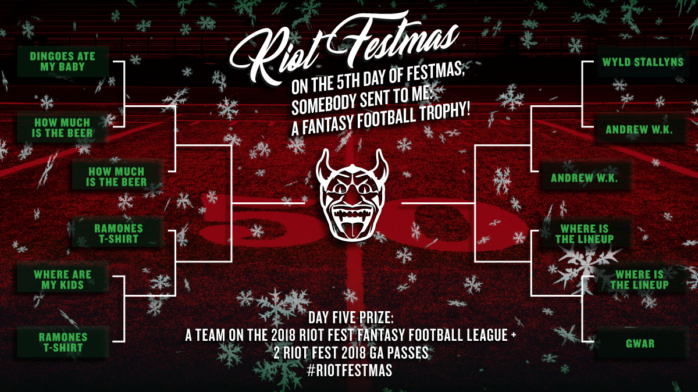 On the 5th Day of Festmas, Somebody Sent to Me: A Fantasy Football Trophy 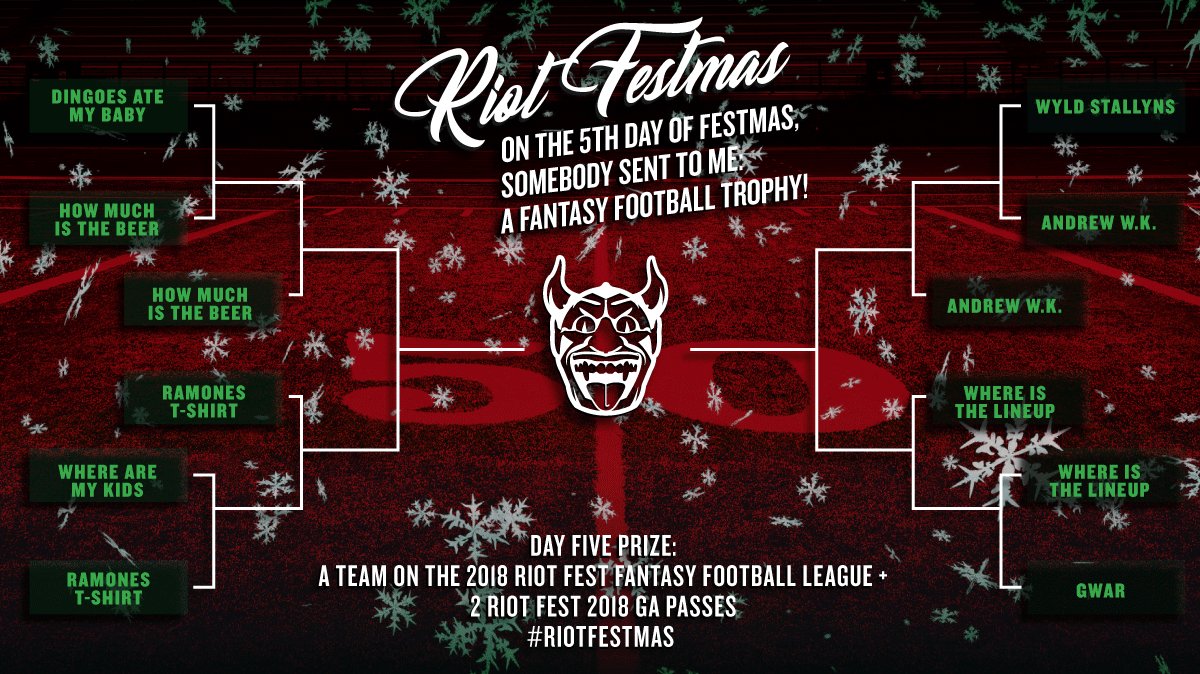 We all think about our Riot Fest fantasy festival lineup from time to time. In fact, just last week, I started the Sex Pistols, another Slapstick reunion, and the Hologram Ramones.

We’ll randomly pick one lucky homer from each social medium to win the most fantastical prize of the season: a coveted slot in the 2018 Riot Fest Fantasy Football League! That’s right, the 5th day winners will join Riot Mike, Meehow, the rest of the gang, and a few of our friends in the league next season. Didn’t get drafted today? You’ll have until December 25 to rebuild by signing up to win all 12 #RiotFestmas prizes with the HO HO HAUL grand prize.

We’ll have a draft party, a big dumb trophy, the whole ten yards! The fun on this one won’t end when we announce the winners, tonight at 7:00pm CST.