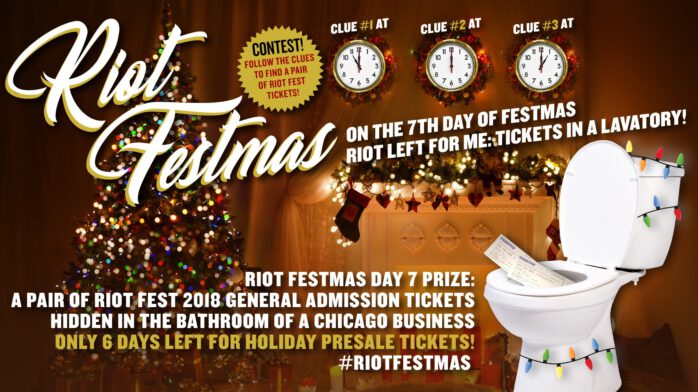 On The 7th Day Of Festmas, Riot Left For Me: Tickets In A Lavatory 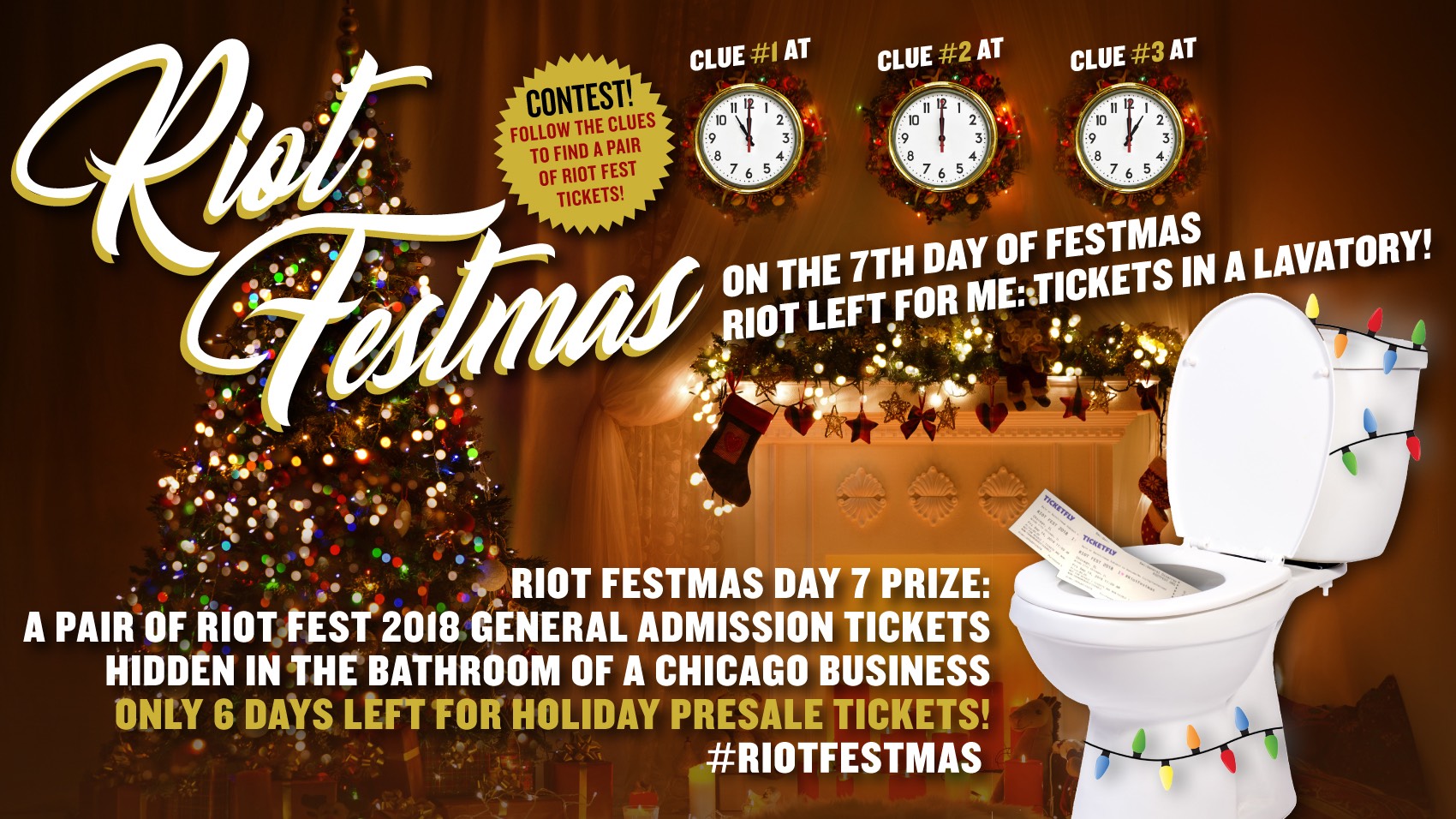 Updated with clues and winners!

Welcome to the shittiest #RiotFestmas contest yet. While nobody was looking, we hid pairs of Riot Fest 2018 GA tickets in the bathrooms of three local establishments, and the first person to find ’em gets to keep ’em!

The contest began at 11:00am CST, when we revealed the first set of clues via our social networks, followed by the second set of clues at noon; and we’ve just revealed the third and final set of photos. Facebook steers you towards one place, Twitter towards another, and Instagram for the third.

UPDATE! TWO OF THE THREE PRIZES HAVE BEEN FOUND AND CLAIMED.

ONE MORE REMAINS! WHERE IS IT?!

There’ll be tickets in all of the bathrooms in each establishment; however once each establihment’s pair is found, its remaining stash will be deemed null and void, and you will be deemed a slowpoke. We’ll be sure to let you know as soon as any of the tickets are found, because we’re not sociopaths.

If all of the tickets are found and you weren’t the one that found them, slowpoke, then we’ll encourage you to enter our second chance sweepstakes to win the HO HO HAUL, which contains every single freakin’ prize from the 12 days of #RiotFestmas. It’s easy, all you have to do is click here and follow the instructions, and you can take as long as you like with it… so long as you have it all filled out by the time we draw the winner, on the evening of December 25.

Don’t forget that there are only six days left to save money with Riot Fest 2018 Holiday Presale Tickets; and the prices will jump slightly this Thursday at noon CST, so… [insert slowpoke joke here].