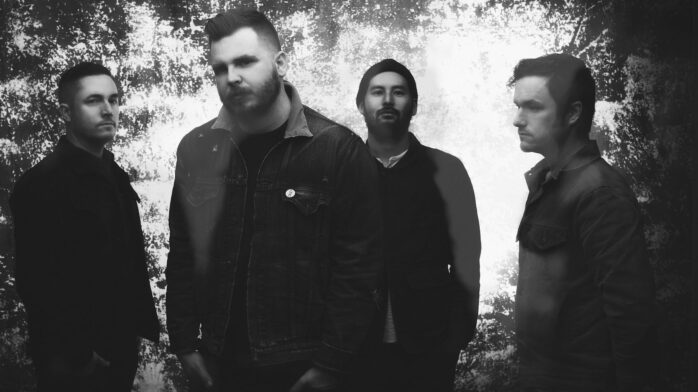 “We’re Not Afraid To Do What We Want To Do”: A Q&A With Riley Breckenridge from Thrice

Thrice’s path from upstart melodic hardcore kids to elder statesmen of a whole movement of prog-indebted heavy music that grew up around albums like their massively ambitious concept quadruple-EP The Alchemy Index has been marked by a fair share of turbulence, including an ill-fated stint on a major label. So it wasn’t surprising that the band announced a hiatus in 2012.

What’s more notable is how well the time off worked for them. Last year, the band returned with their ninth studio recording, To Be Everywhere Is to Be Nowhere, sounding refreshed, inspired, and absolutely on top of their game.

Right now, Thrice is the road promoting To Be Everywhere alongside a reissue of The Alchemy Index, celebrating the epic project’s tenth anniversary. On December 7 they’ll play at Chicago’s Aragon Ballroom alongside tourmates Circa Survive, Chon, and Balance and Composure, and Chon. We jumped on the phone with drummer Riley Breckenridge to see how it’s going.

RIOT FEST: How’s the tour been so far?

RILEY BRECKENRIDGE: It’s been great. We’ve been good friends with the Circa Survive guys for about a decade now. Being out with good friends makes touring a little bit less of a grind. The Balance and Composure guys are really good friends with Circa, and are awesome dudes to hang out with as well. The Chon guys are great too. Across the board it’s good hangs, good bands, and good times.

RF: You guys have been touring forever. How else have you made it less of a grind?

RB: After we took the hiatus, when we got back together one of the things we talked about was just finding a way to balance the amount of touring we do with the amount of time we can have at home. We’ve all got families now, and it’s tougher than it used to be to be away from home. We’re trying to give ourselves more time at home, so you don’t feel like an absentee parent or absentee spouse. I think one of the big reasons why we took the hiatus is because a couple guys were just getting burnt on the seemingly never ending cycle of record, tour, record, tour, record, tour. It’s been cool. We’re staying busy on the road writing a new record.

RF: What was it like for you to come back to the band after taking a break? Do you feel like your perspective changed at all?

RB: Personally, I think it did a little bit. I didn’t really want to take a break, so I was pretty bummed when that happened. But just having the band not being a part of my life, and not having that creative outlet, and not being around the band guys and our crew was rough. Being able to come back to it has I guess heightened my level of appreciation. I think for everybody it gave us some perspective and a feeling like we could have a fresh start. We’re in a really good spot right now.

RF: Has it had any impact on you guys creatively?

RB: I feel like we’re communicating better. That extends to the creative process as well. It’s a lot easier for us to critique each other’s writing and playing. It’s easier for us to build songs and communicate about ideas that we have.

RF: So you guys are out on the road basically promoting a new album alongside a reissue of ten year old material. What’s that been like?

RB: It’s been going well. It’s working much better than if we’d just tried to do an Alchemy Index-centric tour. We’re really a nostalgia band anyway. We’re back from a hiatus and we’re active and we intend to be active for a long time, so I think this is the perfect way to pay our respects to that album but also let people know we’re not just a nostalgia thing. I feel like the nostalgia thing is overdone at this point. I just have nostalgia album tribute tour fatigue.

RF: What was it like to go back to The Alchemy Index for the reissue? Looking at the music now, does it resonate in a different way?

RB: Not really. It was a pretty big jump for us creatively. It’s something I’m really proud of. It might not have been the wisest career move, but then in some ways maybe it was. Because it essentially got us dropped from a major label, which I think was a good thing. We weren’t really cut out for that world. It was something that proved to our fans that we’re not afraid to do what we want to do.

RF: It was a really ambitious album. Did you have a sense of that while you were making it?

RB: Definitely. If you listen to Vheissu you can kind of hear little bits of those elements, but they’re kind of mashed up. The idea with The Alchemy Index was, well, if I have this idea that’s mostly electronic or mostly acoustic, I don’t have to push it into this “Thrice playing a rock song” vibe. We can just let it be what it wants to be. It was creatively freeing. It made us a better band for sure.

RF: While I was prepping for this interview I listened to a bunch of Alchemy Index stuff back to back with To Be Everywhere Is to Be Nowhere, and it was interesting to compare them. How do you think the music reflects how you guys have grown over the past decade?

RB: To Be Everywhere is a record that I think we needed to make after the break. It wasn’t pushing way, way forward and getting super weird, but it does have its weird moments. I think the goal was to push forward a decent amount but also pay homage to the stuff we did in the past.

RF: It seems to me like on the older stuff you were sort of self-consciously pushing your boundaries. The newer stuff feels like you’re more comfortable in your own skin.

RB: I think that’s very accurate. I think in the past we were really reactionary with our writing. I guess that started after The Artist in the Ambulance, because that whole writing process felt rushed to us, and we kind of got swallowed up in the major label way of making records. I think we pushed against that as best we could, but because of the time crunch we didn’t get to do everything we wanted to do. So Vheissu was a pretty heavy left turn from Artist because we were so frustrated with how Artist went. Then Vheissu was considered by our label as kind of a flop, so were were like, well, if that was a flop, here’s something even weirder. This one just feels less reactionary to me. I don’t have any other way to explain it. I think that’s something we’re going to work on going forward too, not having a knee jerk reaction to the previous album.

RF: With the new material you’re working on, are you getting a sense yet of the direction it’s moving in?

RB: It’s still a little bit too early to tell. It has a general vibe, I guess. But like most Thrice records it’s all over the place. This is part of the writing process that’s super stressful in a lot of ways. It’s like, what do we have? Is it good? Does it work together? Will it ever work together? And then somehow magically it always finds a way to work itself out.

See the magic for yourself on December 7 at the Aragon Ballroom in Chicago. Tickets make great stocking stuffers, but they’re going fast. Well, what are you waiting for?