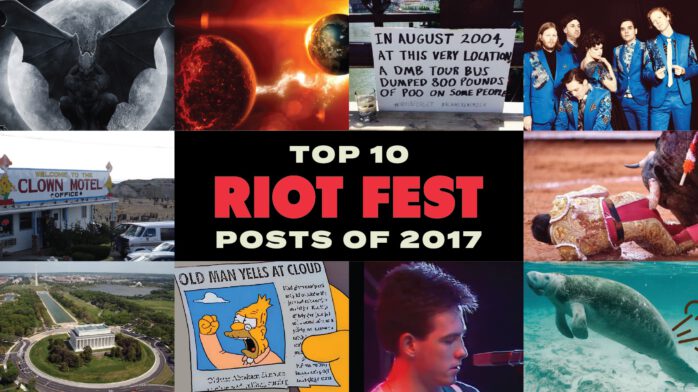 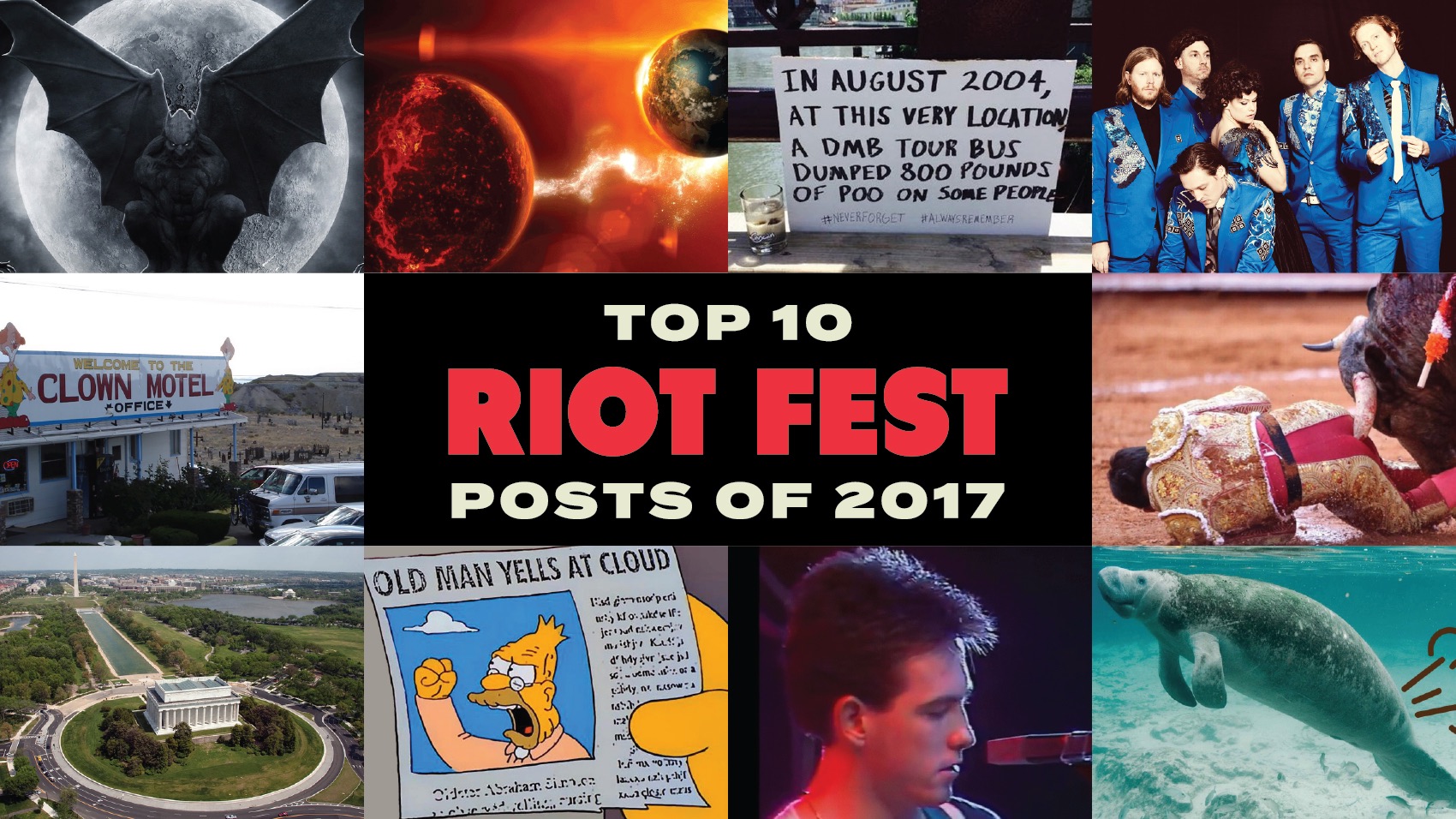 2017 was a whirlwind year for the soft-hitting brand of real-yet-unbelievable news that Riot Fest brings you every day. When a manatee farted in Florida, you smelled it here first. When the Arcade Fire banned cellphones and other assorted everyday items from their shows, we were right there to mock them. Did we start a Twitter beef with David Crosby? You bet your ass we started a Twitter war with David Crosby.

Having said all that, let’s count down the 10 most engaging pieces of journalism that Riot Fest expelled in 2017, in order of less popular to most popular.

Who doesn’t love manatees? Well, did you know how they propel themselves through the water? No, you didn’t know that they used their farts? Read on…

Check out Robert Smith at his most adorable, in the Cure’s recently unearthed first ever TV performance.

The Cure’s First Ever TV Performance Is Just Like Heaven

I think Neil Hamburger said it best when he said “What’s the worst part about [kissing] Crosby, Stills, and Nash?
No Young!

David Crosby on Punk Rock: ‘Pretty Much All Dumb Stuff…No Musical Value At All And Mostly Childish Lyrics’

Come to think of it, we never followed up on this one. Are both groups still around? We’ll get back to you on that.

Pro-Trump Rally And Juggalo March Are Scheduled For The Same Day In Washington, D.C.

This one asshole matador in Spain got a bull horn through his rectum, and it nearly killed him.

Bull Defends Himself From Asshole Matador By Stabbing Matador In Asshole

Who wants to buy a haunted clown motel?

The End Of The World Will Begin On Sept. 23rd And I Feel Fine

And the most engaging RiotFest.org post of 2017 was about flying bat-like humanoids invading our fair city. We hope that the piece was educational, and if it prevents just one bat-like humanoid attack from happening, then we’ve all done our jobs.

Riot Fest looks forward to continuing to bring you all the important shit that you need to know about in 2018… and beyond.