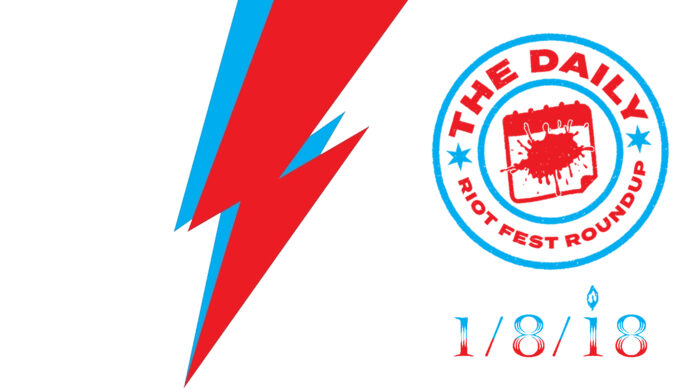 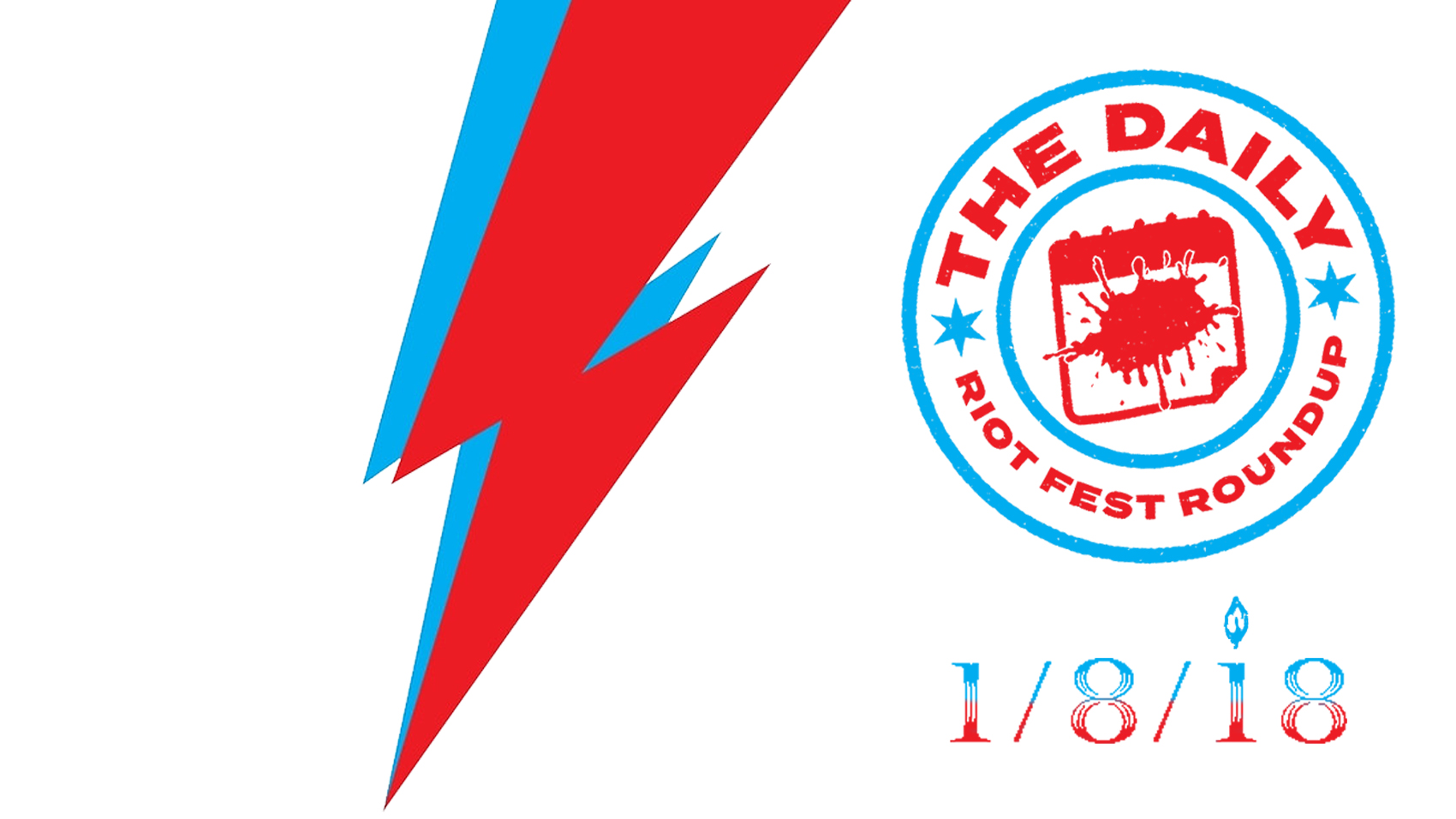 Today is the 71st birthday of the human body that bravely carried David Bowie‘s soul for nearly 70 years. What does that mean in regards to astrology? Let’s find out…

Check out the new series where we talk to some of our favorite concert poster artists, Monsters of Ink.
First up: Jim Blanchard. Next up: Frank Kozik!

“I’m gettin’ pissed!” was most likely uttered by the person with the second-to-last bid on this Sex Pistols gem…

We interviewed the area punk behind your favorite non-Onion satirical publication, The Hard Times…

Area Punk, Founder of ‘The Hard Times’, and Entertainer of Millions Lands Major Interview with RiotFest.org

Tommy Stinson (from Bash & Pop and the Replacements) joined Billie Joe Armstrong (from Pinhead Gunpowder and Green Day) and his kids, Jakob and Joey (from SWMRS) for a rousing, sideways rendition of the ‘Mats classic burner, “Color Me Impressed,” on New Year’s Eve at NYC’s tiny Berlin club.

Speaking of a chord progression that sounds like “Stray Cat Strut,” holy shit! The Stray Cats are reuniting for the first time in nine year, for the Viva Las Vegas Rockabilly Weekend! More info can be found here.

We thought maybe this would be Michael Shannon, aka Nelson Van Alden from Boardwalk Empire, playing the role of David Bowie at Metro last Saturday. As usual, we’re right.

A shot of Michael Shannon performing as Iggy Pop at last night’s Sons of the Silent Age show. Thanks to Bobby Talamine for the pic! pic.twitter.com/pjuWbN4Dff

…so says the guy who’s come up with some of the most insanely original chord sequences known to man:

We are running out of chord sequences… https://t.co/ueE9GTdZp2

we’ve decided that 2018 is a great year for you to learn how to play guitar… Check out https://t.co/C7BLVKS3RH for some free lessons and also submit your own for our song “Dyou have a car” We can’t wait to see what you come up with 🎸🎸🎸#theyearoftheguitar pic.twitter.com/UbghrNsJkX

The secret origins of Fozzie Bear‘s timeless catchphrase “Wocka! Wocka!” have been revealed in an AMA with Frank Oz! Shh!

In case you missed @TheFrankOzJam‘s AMA, we compiled all of the Muppet-related questions and answers in one convenient place! Finally, the secret origin of Fozzie Bear’s “Wocka Wocka”! https://t.co/ZW0gYdx7Pg pic.twitter.com/W2atrpOmYa