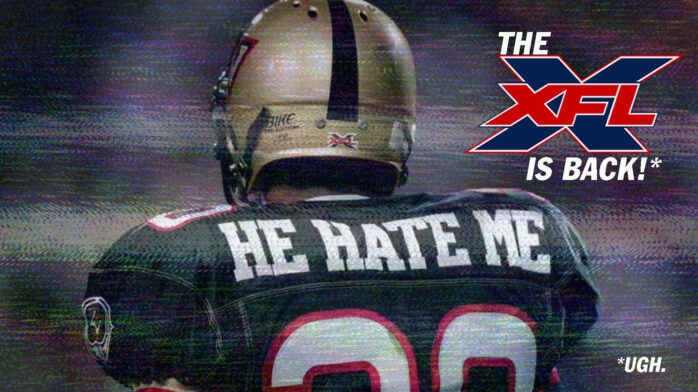 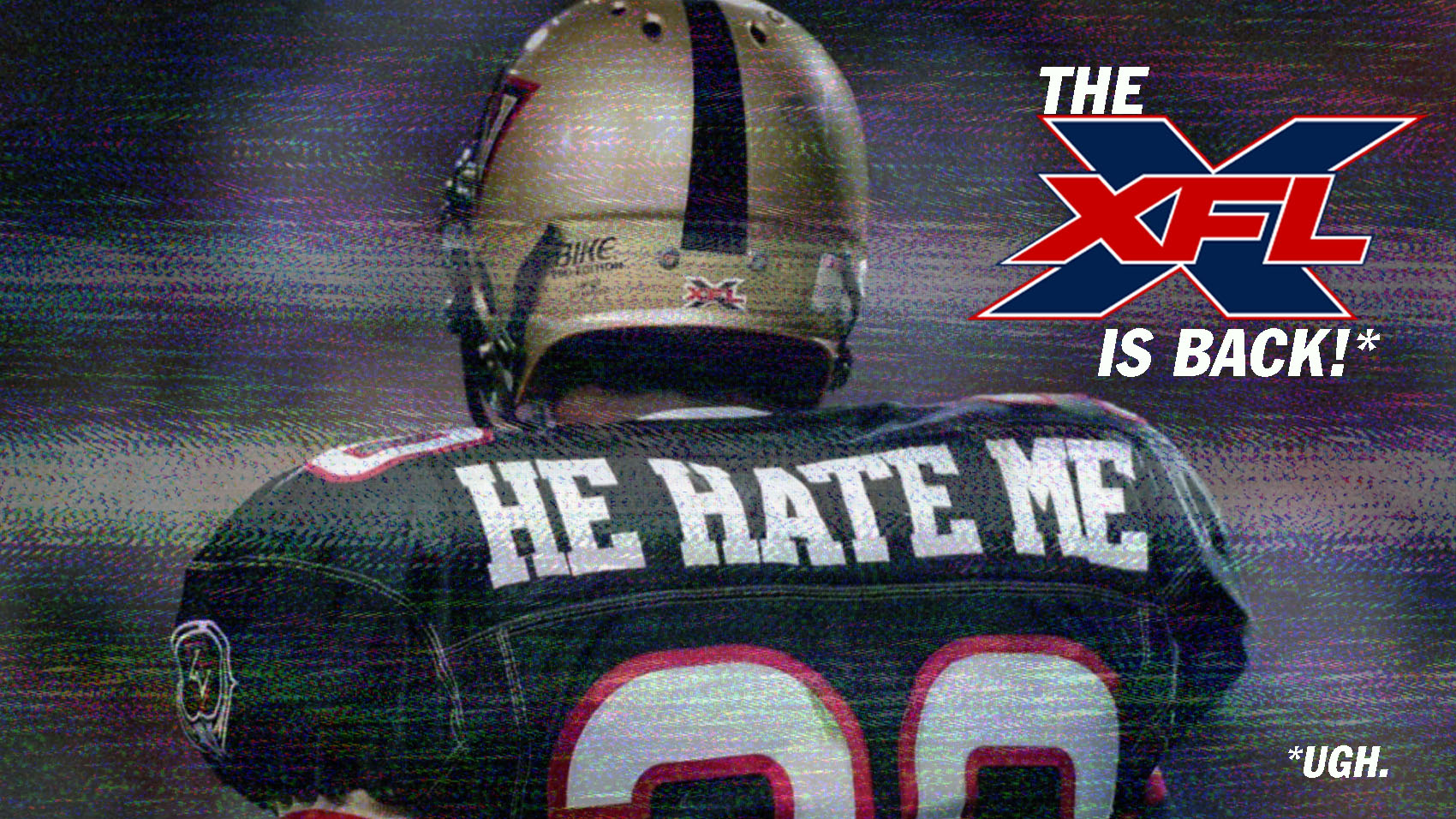 Late last week every armchair quarterback harrumphing the murky politicizing of the NFL was at least intrigued by the announcement that WWE overlord Vince McMahon is relaunching the XFL. Perhaps some even nodded in agreement when McMahon fired off buzzwords like “faster,” “simpler,” and “shorter” to describe the games.

His detached 25-minute press conference during which he announced the return of the league mostly revolved around call-in questions from journalists followed by hazy answers trumpeting a “re-imagining” of the game and a reliance on “football experts” to, you know, get the thing exactly right. It felt like being sold a piece of Ikea furniture one part at a time and then being told you’ll have to wait for the instructions. It was downright presidential. Still, despite all the twists and tweaks—like there might not be a halftime!—McMahon stressed, “Don’t get me wrong, it’s still football.”

I’m not so sure. Yes, there will be eight teams. There will be 40-man rosters and ten weeks to a season—or essentially what amounts to the design of a pint-sized NFL. Like its one-and-done predecessor from 2001, this XFL will have no separate franchises. Teams will again be owned by the omniscient league. Unlike its predecessor, it will try to reinvent itself by, ahem, giving the game of football back to the fans. It’s a heady albeit vague spin: The fans deserve to get their football without obstruction—and the XFL knows the necessary measures to take.

Ideally, the trimming away of extravagances, like some actual football rules, will amount to a purer form of the game and a return to the halcyon days of yore for fandom. Right now days of yore are a very hot commodity. Selling what once was and could be again might equal big business for McMahon, and he’s at least savvy enough to try and cash in while the cashin’ in is good.

The original model of the XFL was a parody of the sport. It was Tonya Harding in a boxing ring. But to its credit it was also dementedly self-aware of its own lawlessness. It was founded as a football adaptation of the WWF (later changed to the WWE) and openly touted gnarlier, violent hits and cheerleaders who barely wore anything. It encouraged trash-talking. Team names included the Hitmen, the Maniax, and the Xtreme. The opening coin toss was rebranded the “opening scramble” and featured two players lining up on opposite 30-yard lines and sprinting to a football sitting at midfield. Whoever gained possession first won the toss. The league wanted to be about more but ended up being more “What the fuck?” It wasn’t trying to be football, it was trying to be a sideshow.

But the new XFL—this time acting as a totally separate brand from the WWE—seems focused on avoiding perverse bells and whistles. It’s pretty cryptic right now. McMahon says he’s wanted to bring back the XFL for a while but he’s also resolute that outside influences will have no place. “As far as our league is concerned it’ll have nothing to do with politics. And nothing to do with social issues either. We’re there to play football.” It’s easy to call bullshit that an announcement about a new non-politicized professional football league isn’t in some way tied to recent controversies over players kneeling in protest during the National Anthem or using their very public voices to wax about their beliefs. It’s actually so easy that we should just call the bullshit right now. Bullshit.

Ultimately McMahon is preying on a slightly vulnerable NFL. TV ratings have lowered. The commissioner is tone deaf. Colin Kaepernick can’t get a job interview. In doing so he’s promising a “fan-centric” product that no longer really represents football (and it’s debatable if it ever did). At least in 2001 the XFL was happy to own up to its decadence. Today McMahon seems so adamant about not allowing politics to infiltrate the sanctity of this very complex and violent sport, that in doing so he’s made it even more about politics.

In a solid Ringer piece from Friday titled “Yes, the NFL needs the XFL,” Kevin Clark makes a case that tangential leagues can be vital for the NFL. The fundamental lack of talent of a knockoff product has the promise to reignite interest in what is both right and good about the NFL. And in the process perhaps a smart innovation or two from the rogue league will pique the interest of football powers that be in the NFL. It’s a cool take. Who knows how McMahon is going to make his game simpler and faster while simultaneously avoiding devastating injuries—but maybe some mildly interesting wrinkle will come from his attempt to.

Whether the pretty annoying linear rap that explains the vague makeup of the new XFL has any revolutionary nuggets—like the incorporation of gambling—we’ll have to wait and see. (It absolutely has a run of some cringeworthy metaphors like “padded roulette.”) McMahon has said he won’t be out in front of this league, which seems like another attempt to have us all make note that it’s about we the fans and not him. Still, the dramatic rebranding of a league that famously failed 17 years ago does at least take some balls. It just seems like when you’re backpedaling so hard not to be today’s NFL you’re likely to find yourself backpedaling right out of the conversation.