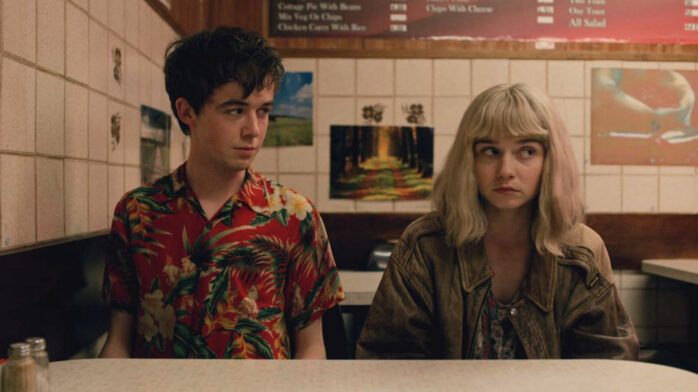 Graham Coxon, you may know him from the band Blur, will be releasing the soundtrack to The End of the F***ing World. The 16-track album will be released digitally January 26th and on vinyl in March. Recorded in Graham’s home studio in Summer 2017 the album was written, composed and performed by Coxon and marks Coxon’s original soundtrack debut.

If you haven’t seen The End of the F***ing World you should probably go ahead and fix that. It’s spectacular.

The End of the F***ing World, the 8-part series is based on the award winning graphic novels and is available to stream now on Netflix.  Coxon wrote 40 pieces of music in his home studio and had this to say:

“There were days where I wrote and finished three or four new songs in a single day. It was mental, I’ve never worked to that kind of schedule before. But the creative process around observation and interpretation is one that is very familiar to me. I feel very comfortable reacting to things and adding my bit. And this show particularly appealed to both my appreciation of dark music as well as my dark sense of humour. It felt like a good fit.”

Director Jonathan Entwhistle said: “He is my all-time guitar idol. Watching Graham’s music videos taught me how to play guitar as a kid. I bought a Fender Mustang just because he had one in the ‘Coffee and TV’ video.”

Pre-order now to receive an instant download of the first track to be released from the album, titled Walking All Day.

blur Graham Coxon The End of the F***ing World