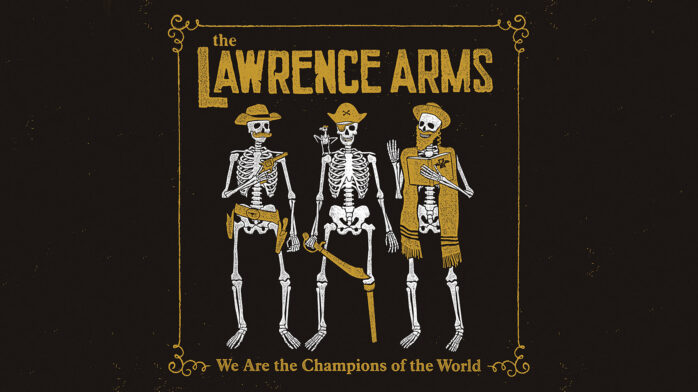 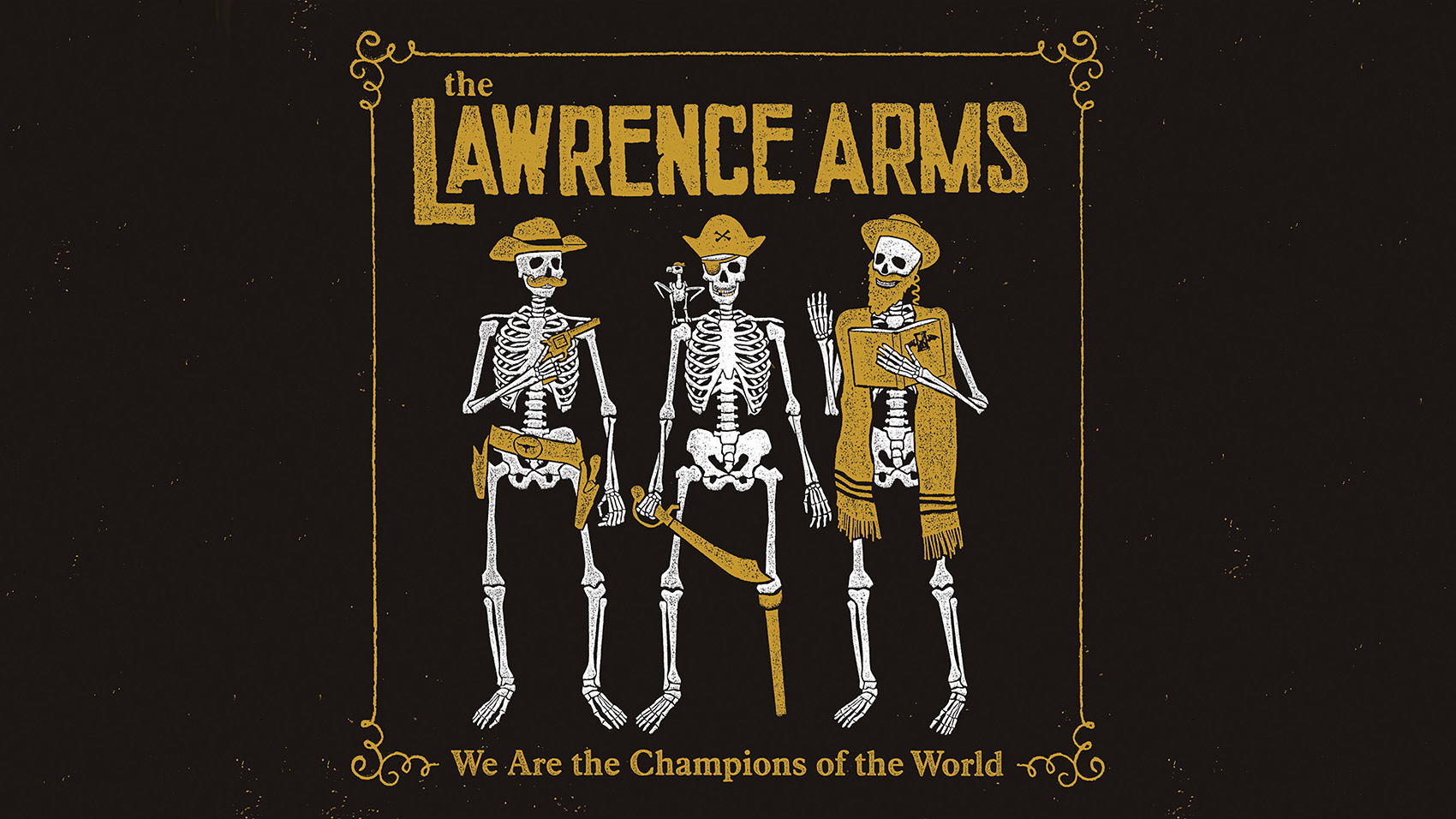 To celebrate almost 20 years, The Lawrence Arms are releasing a big old 29-song best-of album, featuring the guys’ favorite songs as well as five previously unreleased tracks. We Are the Champions of the World is scheduled for release on March 30th via Fat Wreck Chords.

And make sure to see The Lawrence Arms at Metro on April 12th with Banner Pilot and Sincere Engineer. The rest of the tour dates are here. From Fat Wreck Chords’ official statement (Yes, the band is back on Fat!)

We’ve been sitting on this Lawrence Arms news for far too long, and today we can finally unveil the big reveal. In honor of the band’s almost 20 years in the game, on March 30, Fat Wreck Chords will release We Are The Champions Of The World — a 29-song, best-of album that chronicles the band’s steady evolution over the past two decades. Available for pre-order today, fans can expect extensive liner notes and commentary from the band, as well as a handpicked track-listing from their entire discography, which includes their releases on both Asian Man and Epitaph Records. Wait, that’s not all. As a special bonus, The Lawrence Arms unearthed five previously unreleased songs, taken from recording sessions that spawned the band’s classic 2006 Oh! Calcutta! These five songs have been in the vault for over a decade!

You’ll be able to catch The Lawrence Arms live, as they’ll be touring in support of the album throughout 2018. Not only will they be hitting parts of the United States they haven’t been to in years — alongside Sincere Engineer and Red City Radio — they’ll also be heading back to Europe for some festival dates this summer. Don’t miss them!

We Are The Champions Of The World Track Listing: